The Koran-burning stunt is a stupid and pointless provocation -- sound familiar?

How do you know your vacation has been too short? You leave behind one charlatan, whose concept of “building bridges” is a patently offensive project to build a giant Islamic center on a site where the remains of the thousands killed by Islamist terrorists are still being found, and then return to deal with another charlatan, one whose idea of nurturing a Christian community is to rally it to the gratuitously offensive gesture of burning Korans. 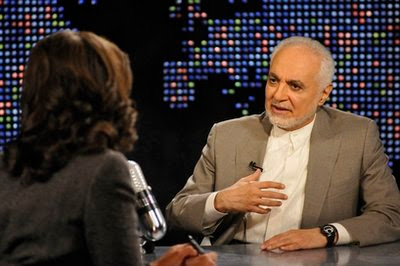 It’s a shame that we need to waste time condemning minister Terry Jones. He’s obviously a nincompoop. But I suppose the fact that he’s being universally condemned for this useless provocation is an improvement. Remember the classified prisoner-abuse photos that the Obama administration was hot to disclose last year, until a groundswell of protest from the military and the public finally impelled Congress to act responsibly when the president wouldn’t? That, too, was a gratuitous provocation that would have served no purpose other than to pull the hair-trigger of Muslim rage. Yet the Left — including the Justice Department — was indifferent to the threat posed to our troops by that action. The pictures simply had to be disclosed because they may have made the United States and the Bush administration look bad, and anything that can make the United States and the Bush administration look bad is worth doing, no matter the cost.

We were able to stop that, and let’s hope someone is able to talk some sense into the Rev. Jones. But as we reflect on what a moron he is, it is worth examining this episode through the prism of moronic rationalizations offered by Ground Zero mosque proponents to justify their enterprise — and, in Imam Feisal Rauf’s case, to excuse terrorism.

For instance, I’m wondering whether President Obama, after his always clarifying “Let me be clear,” has yet been heard to say,

I believe that Christian ministers have the same right to free expression as everyone else in this country. And that includes the right to torch a Koran on private property in Florida, in accordance with local laws and ordinances. This is America, and our commitment to free expression must be unshakeable. The writ of the Founders must endure.

The president can always come back the next day and explain that he wasn’t talking about the wisdom of burning Korans, only the irrelevant fact that a jackass has a right to be a jackass.

And what of Imam Rauf? Strangely, he has not yet explained that “in the most direct sense, the Rev. Jones was made in the K.S.A. — the Kingdom of Saudi Arabia.” Given its Wahhabist breeding and its financial backing of jihadists, coupled with sharia measures that (along with subjugating women and executing apostates) mandate the burning of Bibles, crucifixes, and Stars of David, you could easily see why the Rev. Jones feels he’s been “humiliated” and had his passionate feelings “ignored” by Saudi Arabia and other purveyors of Islamist ideology. Maybe he just “feels the need to conflagrate.”[1]

Here’s an interesting thing about the man behind the mosque. A few months back, a controversial court ruling in Malaysia held that “Allah,” the Arabic word for God, was not the exclusive property of Muslims. A Christian monthly, the Herald, had decided it would use “Allah” to refer to God — as Imam Rauf is fond of saying, Judaism, Christianity, and Islam are all Abrahamic faiths whose adherents worship the same deity, right? So why not use the same name?

It turns out that tolerant, moderate Malaysian Muslims didn’t see things quite that way. They took the Christians’ ecumenical gesture as an affront — an effort to proselytize for Christianity or, as Imam Rauf himself put it, “to manipulate the word [“Allah”] to win converts.” So the tolerant, moderate Muslims did their usual Terry-Jackass-Jones-on-steroids routine: They didn’t just burn Bibles, they fire-bombed churches. Non-Islamic proselytism is prohibited by sharia, as Imam Rauf, who wants the United States to be more sharia-compliant, could tell you.

And what did Rauf do? Did he condemn this blatant Christianophobia? Did he lecture Malaysians that the Herald was perfectly within its legal rights to invoke “Allah” in the service of Christianity, and that living in a tolerant, pluralistic society that ensures free expression means accepting the Herald’s actions even if they make Muslims uncomfortable?

Instead, Imam Rauf took to the newspapers [2] to admonish Christians on the need to show more sensitivity to Muslims’ feelings. “My message to the Christian community in Malaysia,” he proclaimed, “is that using the word Allah to mean the Christian God may be theologically and legally correct, but in the context of Malaysia, it is socially provocative. If you want to have influence with people in Malaysia, you must find a way to convey your message without provoking this kind of response.”

You know what else might be “socially provocative”? A giant mosque at Ground Zero.