The Westergaard Attack: It's All the Same Jihad


Despite the mainstream media’s best efforts to cover up the jihadist elements in both attacks, informed Americans know that Major Nidal Hasan murdered thirteen Americans in a jihad attack at Fort Hood in November, and that another Muslim, Umar Farouk Abdulmutallab, tried to explode Northwest Flight 253 as it landed in Detroit in another jihad attack on Christmas Day. But another major recent jihad assault has not been understood as such – although it was a manifestation of exactly the same deadly belief system that motivated Hasan and Abdulmutallab.

Both Hasan and Abdulmutallab were linked to the New Mexico-born, Yemen-based Islamic cleric Anwar al-Awlaki, who boasted in October 2009 that Yemen would soon become a center of the global jihad – and has been doing his best to bring that about by preaching violence and hatred against Jews and Christians for years.

Al-Awlaki has also recently decried the cartoons of Muhammad that caused worldwide riots after being published in a Danish newspaper in late 2005. He characterized the cartoons as “one of the worst events or incidents of cursing Muhammad. In fact it might be the worst in our history.” He warned that the cartoonists, “by committing blasphemy against our beloved Muhammad have actually walked straight into a hornet’s nest, and that the dust of this will never settle down.” 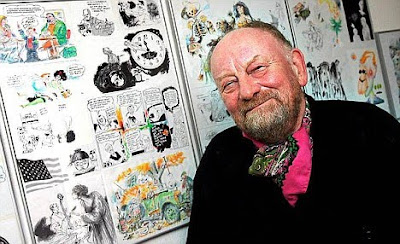 Indeed, it hasn’t settled down. In Denmark last Friday, as if taking his cue from al-Awlaki’s words, a Muslim man used an axe to smash through the bullet-proof glass front door of the home of cartoonist Kurt Westergaard. Entering the house, he began to smash at the steel door of Westergaard’s safe room until finally police arrived and subdued him.

While few Western analysts realized it, in fact the attack on Westergaard was part of the same jihad as that of Hasan and Abdulmutallab. The latter two hoped to gain a place in the Paradise of heavenly virgins that the Koran guarantees to those who “kill and are killed” for Allah (9:111). But insofar as they saw themselves as mujahedin in the classic Islamic mold, they hoped also to weaken and demoralize the Infidel enemy, with an eye toward the ultimate goal of compelling the Infidels to accept the hegemony of Islamic law.

The attack on Westergaard was in service of the same goal. Westergaard’s attacker was outraged that the cartoonist had transgressed the bounds of Islamic law by (as he saw it) mocking Muhammad. Islamic law stipulates that non-Muslims forfeit their lives when they dare to criticize Islam, Allah, or Muhammad. When he swung his axe at Westergaard’s door, this jihadist was doing his part to compel Europe and the West to accept Islamic norms for speech -- or else.

The cartoon controversy thus illustrates the gulf between the Islamic world and the post-Christian West in matters of freedom of speech and expression. Yet as Obama’s America and an equally politically correct Europe continue to pay homage to the idols of tolerance, multiculturalism, and pluralism, they may give up those hard-won freedoms voluntarily. The Flight 253 incident has led to attempts (of widely varying effectiveness) to stiffen airport security and shore up our national defense against violent jihad attacks. In the same way, the axe in Westergaard’s front door ought to lead to robust affirmations of the importance of the freedom of speech as a safeguard against tyranny, and concrete steps to defend and protect that freedom. 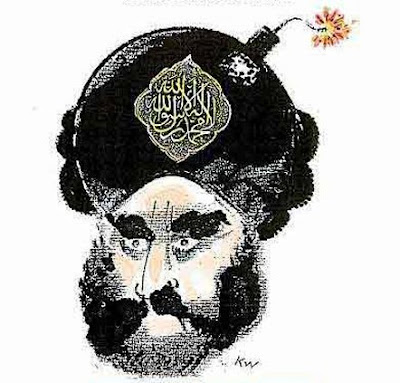 Freedom of speech encompasses precisely the freedom to annoy, to ridicule, to offend. If it doesn’t, it is hollow. The instant that any person or ideology is considered off-limits for critical examination and even ridicule, freedom of speech has been replaced by an ideological straitjacket. Westerners seem to grasp this easily when it comes to affronts to Christianity, but the same clarity of thought doesn’t seem to carry over to an Islamic context.

Yet such clarity is needed more than ever. Jihad attacks of all kinds have sharply increased since Barack Obama became President. Obviously his outreach to the Islamic world is taken as weakness and responded to accordingly. It is long past time for him to reverse course – and above all, to see the jihad threat in its totality.


Mr. Spencer is director of Jihad Watch and author of "The Politically Incorrect Guide to Islam (and the Crusades)", "The Truth About Muhammad," "Stealth Jihad," and most recently "The Complete Infidel's Guide to the Koran" (all from Regnery -- a HUMAN EVENTS sister company).
Posted by jtf at 11:15 AM