Medicare and the Mayo Clinic 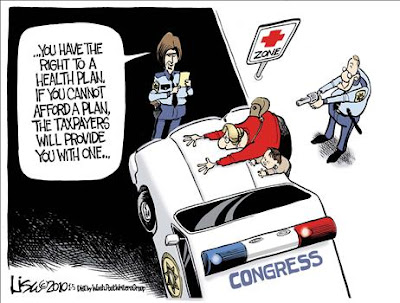 PRESIDENT OBAMA is a great admirer of the Mayo Clinic. Time and again he has extolled it as an outstanding model of health care excellence and efficiency.

“Look at what the Mayo Clinic is able to do,’’ the president proclaimed at a rally in September. “It’s got the best quality and the lowest cost of just about any system in the country. . . . We want to help the whole country learn from what Mayo is doing.’’ On the White House website, you can find more than a dozen examples of Obama’s esteem.

So perhaps the president will give some thought to the clinic’s recent decision to stop accepting Medicare payments at its primary care facility in Glendale, Ariz. More than 3,000 patients will have to start paying cash if they wish to continue being seen by doctors at the clinic; those unable or unwilling to do so must look for new physicians. For now, Mayo is limiting the change in policy to its Glendale facility. But it may be just a matter of time before it drops Medicare at its other facilities in Arizona, Florida, and Minnesota as well.

Why would an institution renowned for providing health care of “the best quality and the lowest cost’’ choose to sever its ties with the government’s flagship single-payer insurance program? Because the relationship is one it can’t afford. Last year, the Mayo Clinic lost $840 million on its Medicare patients. At the Glendale clinic, a Mayo spokesman told Bloomberg News, Medicare reimbursements covered only 50 percent of the cost of treating elderly primary-care patients. Not even the leanest, most efficient medical organization can keep doing business with a program that compels it to eat half its costs.

In breaking away from Medicare, the Mayo Clinic is hardly blazing a trail. Back in 2008, the independent Medicare Payment Advisory Commission reported that 29 percent of Medicare beneficiaries who were looking for a primary-care doctor were having difficulty finding one willing to treat them. A survey by the Texas Medical Association that year found that only 38 percent of the state’s primary-care physicians were accepting new Medicare patients.

But if you think that sounds grim, wait until Congress enacts the president’s health care overhaul. A central element of both the House and Senate versions of ObamaCare is that Medicare reimbursements to hospitals and doctors - already so low that many providers lose money each time they treat a Medicare patient - will be forced lower still.

The Centers for Medicare and Medicaid Services, a branch of the US Department of Health and Human Services, estimated last month that the Senate bill would squeeze $493 billion out of Medicare over the next 10 years. As a result, it cautioned, “providers for whom Medicare constitutes a substantive portion of their business could find it difficult to remain profitable and . . . might end their participation in the program (possibly jeopardizing access to care for beneficiaries).’’ In short, the Democratic understanding of health care reform - more government power to set prices, combined with reduced freedom for individuals - will make medical care harder to come by: an Economics 101 lesson in the pitfalls of price controls.

Nearly six months ago, the Mayo Clinic tried to sound an alarm. Instead of making American health care better and more affordable, it warned, the legislation working its way through Congress “will do the opposite’’ and “the real losers will be the citizens of the United States.’’

Each year Medicare loses tens of billions of dollars to fraud and abuse. The program’s long-term deficit is a staggering $38 trillion. Its expenditures have raced ahead of inflation from the day it was created: Medicare’s price tag has skyrocketed from $3 billion in 1966 to $453 billion this year. Yet its reimbursement of medical providers is so meager that more and more of them cannot afford to treat Medicare patients. Whatever else Medicare might be, it is no model for rational reform.

Obama says he wants the country to “learn from what Mayo is doing.’’ What Mayo is doing is trying to provide high-quality medical care in the face of Washington’s compulsively misguided interference. As 3,000 Mayo patients have just learned, government interference can hurt. Ratchet up that interference with ObamaCare, and the pain will grow worse.

Jeff Jacoby can be reached at jacoby@globe.com.
Posted by jtf at 5:36 PM