Glasvegas have revealed that producer Rick Rubin has invited the band to record the drum parts for their second album in his Los Angeles house. 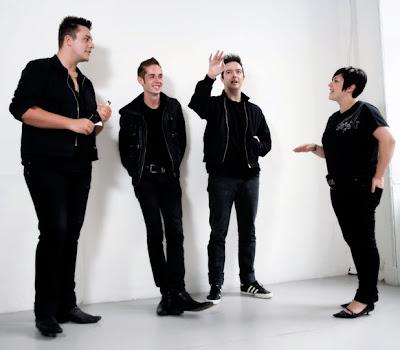 The four-piece are set to record the follow-up to last year's self-titled debut with Rich Costey, who helmed their first effort. However, frontman James Allan told NME.COM that Rubin, who has produced Beastie Boys, Johnny Cash, Metallica and Red Hot Chili Peppers, wants some input.

"I'm going to leave all the stuff about which studio to use to Rich Costey but Rick Rubin wants us to record the drums at his house," he explained.
"We were supposed to go over there a few days ago but we've put it off for a couple of weeks because it felt like it was going too well [demoing the album] in Glasgow."

Allan was speaking backstage at an intimate London club gig at the Parker McMillan venue where he and guitarist Rab Allan played an acoustic show on Friday (October 30).

Speaking about the demo sessions he said: "We're working on the new album right now. We've got this small rehearsal room in Glasgow and we've been recording the new album in demo form. I'd like to get the entire album done like that in demo form before going to LA to record it in big studio."

He added that the theme of love was set to dominate the album. "Love gained and love lost," he explained. "The idea of finding love and losing love. I still think I'm clueless when it comes to songwriting and describing how I'm feeling, what I've seen and what comes to me in the middle of the night. But it is an album of love songs. It is a definite follow on from the debut, which also had love songs on it, but was mainly about having aspirations to love."

Email ThisBlogThis!Share to TwitterShare to FacebookShare to Pinterest
Labels: Glasvegas