Why I Joined 'The Wanted'

“I am now also teaching Jihad. You must know. And against American soldiers. You must know this also.” These words were spoken to me only a few weeks ago by Mullah Krekar -- the founder of the Iraqi terrorist group Ansar al Islam -- from the comfort of his home in Oslo, Norway. 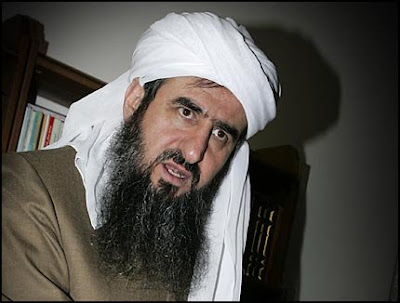 Krekar, a man who has been declared a terrorist by Iraq, Jordan, the European Union, and the United Nations, has apparently escaped any form of extradition, deportation or arrest, as the Norwegian government has decided not to take any action against him.

I wish I could say that the Mullah’s case and circumstances were isolated -- but they are not. All around the world, including the United States, terrorists, mass murderers and those indicted for war crimes are living among us -- and little is being done to shine a light on this fact.

Tonight at 10 PM Eastern Standard Time, NBC will debut its controversial show, “The Wanted.” The show can best be described as a “follow doc”: news cameras follow a former Navy SEAL, an investigative journalist, a former war crimes prosecutor, and a former Green Beret as they investigate and confront those accused of the most egregious crimes against humanity.

I am the Green Beret.

I came to the show honestly. Just over a year ago, I was a Senior Fellow at a DC-based think tank, the Center for a New American Security (CNAS). I had come to CNAS directly from the Army -- or more accurately -- directly from Iraq, where I had served as a Special Forces advisor to the Iraqi National Counter Terror Force.

I was at work one day, merrily typing away, when my phone rang. On the other end was a colleague from another think tank, who asked, “hey, Roger, want to be on an NBC TV show?”

“Absolutely not,” I responded. “Are you sure,” he pursued. “The show is about chasing down those who perpetrated the genocide in Rwanda in 1994.”

In 1994, I was serving in a Special Forces unit in Germany. In the early morning hours of April 7th, my unit was alerted and given the mission to go to Kigali, Rwanda, secure the airport, and to be prepared to accept follow-on U.S. forces should the United States decide to attempt to stabilize the country.

Within hours of notification, my 104-man unit was in an aircraft hanger conducting mission planning, rehearsals, and waiting for the U.S. Air Force aircraft that would fly us into harm’s way.

After 3 days of waiting, the mission was abruptly canceled.

I went home to my house in Germany, exhausted after 3 days of high-stress activity, and -- trying to unwind -- I plopped down on my couch and turned on the TV.

The first thing that I saw was a report coming out of Rwanda -- a report that included footage of bodies floating down a river near Kigali. Uncharacteristically, I started weeping. After 5-10 minutes of shaking and sobbing, I can remember pulling myself together and saying to myself, “we should have gone. I should be in Rwanda right now, doing something.” But the United States chose to do nothing, and I did what all good soldiers do: I boxed up my emotions and buried them.

The call that I received at CNAS opened that box, and I felt a wave of emotion as I told my colleague on the other end of the phone that I wanted in -- with one condition: that out team be allowed to conduct exhaustive research prior to confronting an alleged terrorist or war criminal. NBC readily agreed.

The following months are almost indescribable, as our team traveled to Rwanda, Kenya, Tanzania, Uganda, the Congo, France, Norway, Germany, Spain, and many destinations within the United States -- all in an effort to investigate some of the most sickening acts of human depravity.

The most shocking thing in all of these months of travel, however, was not the depth of criminal activity that we uncovered, but rather the lack of interest, will power or capability exhibited by the governments where these accused persons reside.

In Mullah Krekar’s case, the Norwegian government has three options: they can arrest him for breaking Norwegian law, they can deport him for circumstances related to his asylum request, or they can chose to honor the extradition requests of Iraq and Jordan.

During the course of our investigation, the Norwegians told us that Krekar has not violated Norwegian law, he was factually honest on his asylum request, and that Norway would not honor extradition requests to Iraq and Jordan, as Norway is a signatory to a convention that prevents member nations from sending accused persons back to countries that still have the death penalty.

Despite assurances from the Iraqis that Krekar will not be executed (for record, my team obtained that promise), the Norwegian government refused to act. The conclusion: that Norway -- and many other countries -- do not have the will power to confront evil; and that the laws of today and have not kept pace with the threats that we face.

Terrorists and mass murderers get this. That is why they seek refuge in countries like Norway: they know that the very laws that they wish to tear down will protect them. In essence, Norway and like-minded countries have become safe havens for terror; and places of refuge for humanity’s most unwelcome.

In investigating these dormant or unknown cases, “The Wanted” attempts to shine a light on evil. We are reminded of that quote (often attributed to Edmund Burke) that “all that it takes for evil to prevail is for good men to do nothing.”

Well, if my last year is any barometer, there is a lot of evil out there -- and a lot of nothing being done about it.

I remember what Edmund Burke said about 250 years ago: "All that is necessary for the triumph of evil is that good men do nothing."

“The Wanted” is about doing something.

Roger D. Carstens is a retired Army Special Forces Lieutenant Colonel and a Non-Resident Senior Fellow at the Center for a New American Security. He is a member of the cast of "The Wanted", which debuts tonight at 10 PM on NBC.
Posted by jtf at 10:39 PM

Email ThisBlogThis!Share to TwitterShare to FacebookShare to Pinterest
Labels: Islam and Terrorism, Television