A group committed to establishing an international Islamic empire and reportedly linked to Al Qaeda is stepping up its Western recruitment efforts by holding its first official conference in the U.S. 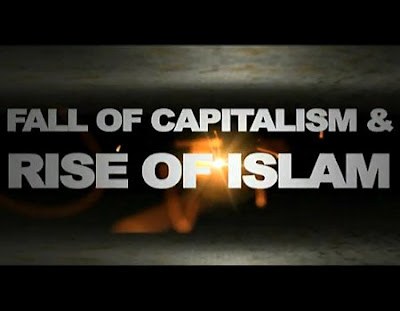 
Hizb ut-Tahrir is a global Sunni network with reported ties to confessed 9/11 mastermind Khalid Sheikh Mohammed and Al Qaeda in Iraq's onetime leader Abu Musab al-Zarqawi. It has operated discreetly in the U.S. for decades.

Now, it is coming out of the shadows and openly hosting a July 19 conference entitled, "The Fall of Capitalism and the Rise of Islam," at a posh Hilton hotel in a suburb of Chicago.

Hizb ut-Tahrir insists that it does not engage in terrorism, and it is not recognized by the State Department as a known terror group.

But some terrorism experts say it may be even more dangerous than many groups that are on the terror list.

"Hizb ut-Tahrir is one of the oldest, largest indoctrinating organizations for the ideology known as jihadism," Walid Phares, director of the Future of Terrorism Project at the Foundation for Defense of Democracies, told FOXNews.com.

Phares said that Hizb ut-Tahrir, rather than training members to carry out terrorist acts like Al Qaeda, focuses instead on indoctrinating youths between ages of 9 and 18 to absorb the ideology that calls for the formation of an empire — or "khilafah" — that will rule according to Islamic law and condones any means to achieve it, including militant jihad.

Hizb ut-Tahrir often says that its indoctrination "prepares the infantry" that groups like Al Qaeda take into battle, Phares said.

"It's like a middle school that prepares them to be recruited by the high school, which is Al Qaeda," he said. "One would compare them to Hitler youth. ... It's an extremely dangerous organization."

Phares said Hizb ut-Tahrir has strongholds in Western countries, including Britain, France and Spain, and clearly is looking to strengthen its base in the U.S.

"The aim of this conference is to recruit within the Muslim community in America," he said. "The Middle East governments go after them, but in the U.S. they are protected, so having a base here is going to help their cells around the world."

Representatives of Hizb ut-Tahrir declined to comment when contacted by FOXNews.com.

Oren Segal, director of Islamic Affairs for the Anti-Defamation League, said the conference is cause for concern.

"While they're not, for the most part, engaging in violent activities, and they publicly say that they're against violence, there have been examples around the world where people who have spun off of this group have engaged in violent activity," Segal told FOXNews.com. "That's why they're banned in several Arab and Central Asian countries, as well as Germany and Russia."

Khalid Sheikh Mohammed is one of the group's most famous alumni, New Statesman journalist Shiv Malik reported, citing intelligence sources. In addition to plotting the terrorist attacks of Sept. 11, 2001, he also is implicated in the World Trade Center bombing of 1993, the Bali nightclub bombings and the murder of Wall Street Journal reporter Daniel Pearl.

Malik's report, the public policy institute the Nixon Center and the counter-extremism think tank the Quilliam Foundation agree that Abu Musab al-Zarqawi, who was the leader of Al Qaeda in Iraq until he was killed in June 2006, also was once a member of Hizb ut-Tahrir.

They say other former members include Asif Muhammad Hanif, a British man who blew himself up outside a bar in Tel Aviv, killing four people (including himself) and wounding more than 50; and Omar Bakri Mohammed, a radical cleric currently banned from Britain who praised the 9/11 attacks, raised funds for Hezbollah and Hamas and called for attacks on the Dublin airport because U.S. troops transfered there on their way to Iraq.

Segal said Hizb ut-Tahrir is becoming more active online in the U.S. — particularly on social networking sites like Facebook and MySpace — and now it may be able to add a significant number of Americans to its ranks.

But one place the group will likely not be recruiting is a local Islamic school that backed out of hosting the conference.

The non-profit Aqsa school in Bridgeview said Hizb ut-Tahrir had deceptively portrayed the conference as a bazaar-type event where traditional food and clothing would be sold.

"They misrepresented themselves and the event. We don't want to be in the middle of something like that," the school's business manager Rana Jaber, told CBS News.

Hilton Oak Lawn General Manager Rick Harmon said Hizb ut-Tahrir used its own name when it reserved the room for the conference, but the hotel was not aware of the content of the event, which includes lectures entitled "Capitalism is Doomed to Fail," "The Global Rise of Islam," and the "Role of Muslims in America," until after the contract was signed.

Still, Harmon said the hotel is open to all kinds of meetings, that don't necessarily reflect its position or beliefs.

"We're United States citizens and an American business — if it's legal, we're able to host it, as long as it's nothing that disrupts our other guests' privacy and security," Harmon told FOXNews.com.

According to the Khilafah Conference 2009 Web site, the group aims to do neither.

"Hizb-ut-Tahrir is convinced that change must start in the minds of people, and therefore does not accept for people, or societies, to be forced to change by means of violence and terror," it reads.

The site, which includes a promotional YouTube video, says the group "does not work in the West to change the system of government, but works to project a positive image of Islam to Western society."

But former member Ishtiaq Hussain said Hizb ut-Tahrir is repackaging itself as a moderate organization as a tactic, while in reality it is "extremist."

"They don't recognize countries like Israel, for example; they don’t believe Israel should exist," Hussain, now a trainer for the Quilliam Foundation, told FOXNews.com. "Some of their leaders have denied the Holocaust, and they believe homosexuals should be thrown off the highest building. ... It's actually a very dangerous group."

Hizb ut-Tahrir itself has also published writings that seem to contradict its tenet of non-violence.

In his book, "How the Khilafah Was Destroyed," Sheikh Abdul Qadeem Zalloom, the former global leader of Hizb ut-Tahrir, says anyone who rules by a non-Islamic system should "either retract or be killed ... even if this led to several years of fighting and even if it led to the killing of millions of Muslims and to the martyrdom of millions of believers."

Hizb ut-Tahrir's official ruling on the permissibility of hijacking planes says, "If the plane belongs to a country at war with Muslims, like Israel, it is allowed to hijack it, for there is no sanctity for Israel nor for the Jews in it."

And one of the organization's more recent leaflets, published in March, calls for the declaration of "a state of war against America."

But, despite these threats and calls to action, Hizb ut-Tahrir remains off the State Department's terror watch list, and it is free to host the Khilafah Conference and any other event like it.

"In other parts of the world where they're really very active, they've drawn tens of thousands of people to some of their events," Segal said.

"It'll be interesting to see to what degree they'll be welcomed here."
Posted by jtf at 7:55 AM