Binyam Mohammed, who planned terrorist attacks on U.S. cities, has been set free.

Let’s imagine we’ve captured a highly trained terrorist al-Qaeda was attempting to embed in the United States, à la Mohamed Atta and company, to carry out mass-murder attacks in American cities. For eight years, our national-security debate in the United States has been divided into two camps on these cases. In the first are those who accept the post-9/11 law-of-war paradigm. They would have that enemy combatant detained for intelligence purposes (and to remove him from the battlefield) until he could be tried for war crimes by a military commission, and then either executed or imprisoned for life. In the second are those who uphold the pre-9/11 law-enforcement paradigm. They would have that criminal defendant prosecuted in an ordinary civilian court, and correctly observe that federal courts have a strong track record of producing convictions and imposing adhesive sentences, at least for the tiny proportion of terrorists who have been tried in them. 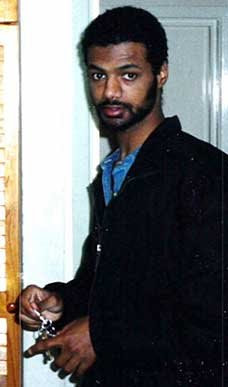 Each of these philosophies has benefits. The law-of-war approach prioritizes intelligence-gathering and national security, while the law-enforcement approach ensures legal outcomes whose integrity is beyond reproach. Both have downsides. Foreign allies whose cooperation we need (because it is within their territories that most jihadists operate) won’t extradite captured terrorists to military tribunals, because they object to the tribunals’ lack of independent judicial oversight. But the due-process standards that apply in civilian judicial proceedings provide a trove of intelligence for enemies plotting to kill Americans. Consequently, there have been calls for a third way: a new legal paradigm that borrows the best of both worlds, specially designed for this novel security challenge, which is more like a war than a crime but different in many significant ways from a conventional war.

Here’s the problem: The hypothetical suggested in the opening paragraph, is not hypothethical: It is the real case of a real jihadist, an Ethiopian named Binyam Mohammed. And, rejecting both military and civilian justice, the Obama administration has come up with its own third way: releasing him.

Mohammed is an Ethiopian-born jihadist. As terrorism researcher Thomas Joscelyn has documented (see here and here), he joined al-Qaeda in Afghanistan and met personally with Osama bin Laden and other top al-Qaeda figures. He received extensive, sophisticated terrorist training. In 2002, when he was finally apprehended in Pakistan, he was almost certainly en route to the United States to conduct attacks with José Padilla (who has since been convicted of terrorism offenses). Padilla is notorious as the alleged “dirty bomber” because he — along with the lesser known Mohammed — studied the possibility of constructing and detonating a radiological bomb in an American city. As Joscelyn recounts, Mohammed and Padilla “explored a wide range of possible targets and modes of attack, from striking U.S. subways to setting apartment buildings on fire using ordinary gas lines.”

In a more rational time, these facts would be on the tip of every American tongue. But these are not rational times. In the unlikely event you’ve heard of Binyam Mohammed at all, it is because of defense lawyers and human-rights activists. The media, uninterested in what he had in store for the United States, emphasizes in its limited coverage the fact that, upon capture, Mohammed was subjected to the practice known as “extraordinary rendition.” That is, he was handed over by Western intelligence services to authorities in a country less fastidious about civil rights — in this case, Morocco — where, he claims, he was tortured. From there, he was eventually transferred to American custody and detained for several years at Guantanamo Bay.

It is worth noting that al-Qaeda doesn’t just attack us; it studies us to become better at attacking us. The terrorists well know that alleging torture is the best way to get the Western media’s attention. This is not to say Mohammed was not subjected to abusive interrogation, perhaps even torture — he may well have been. That, however, is quite separate (and can be addressed separately) from the issue of his dangerousness to the American people.

Trial or no trial, Mohammed needs to be detained. The laws of war permit such detention without trial until the conclusion of hostilities. The Supreme Court has reaffirmed this doctrine since 9/11 and, despite the overheated and at times reckless rhetoric of the Obama campaign, the president now concedes that this is the case — as do his attorney general and his nominee to become solicitor general.

Yet Mohammed is not detained. Had he been tried, there would inevitably have been public examination of his torture allegations — a matter about which both the British and American governments are skittish. The Brits, who have refused entry to Dutch parliamentarian Geert Wilders because his warnings about Islamic radicalism might disrupt their purported societal harmony, nevertheless demanded the repatriation to the U.K. of Mohammed — who lived in Britain for about seven years before joining the jihad. On February 5, a British court reluctantly heeded a demand from the Labour government that classified information about his rendition be withheld from Mohammed’s supporters. Similarly, four days later, in a civil suit, the Obama Justice Department reaffirmed the Bush administration’s state-secrets claim, ensuring that the classified information would not be released here, either. Then, pursuant to a shady agreement between the two governments, Mohammed was whisked out of Gitmo and back to England, where he will live freely — and, apparently, on the government dole.

This is a national-security disaster. Up until now, President Obama has voted “present” on enemy combatants. Rather than resolve the dilemma between the law-enforcement approach (which he supported as a candidate) and the law-of-war paradigm, he has said he is studying what to do about the remaining 245 Gitmo detainees. Now, it appears his plan is incalculably worse than either alternative: He is going to let many of them go.

Obama and Attorney General Eric Holder now concede that Gitmo is a Grade A detention facility. And there’s no question that we have a legal right to hold combatants — the only controversy is over what the detention proceedings should entail in terms of due process. Nevertheless, the president has publicly committed to close Gitmo by next January. This has needlessly ratcheted up pressure to find countries willing to take the combatants off our hands, even if those countries are unwilling to ensure that these trained jihadists will be prevented from rejoining the battle — as scores of released combatants already have done.

So now Binyam Mohammed is at liberty. Can others, perhaps hundreds of others, be far behind?

In a meeting a few weeks ago with families of those who died on 9/11 and in the USS Cole attack, Obama promised that, as his administration sorts out the remaining Gitmo detainees, deserving offenders would face swift and sure justice. That begs the question: What does the president think is necessary before an offender is considered deserving?

Put another way, Binyam Mohammed is almost certainly a worse offender than most of the 245 remaining combatants. If Obama thinks releasing a dangerous terrorist who planned attacks against Americans at home is consistent with his obligation to protect our nation, whom wouldn’t he release?

— National Review’s Andrew C. McCarthy is the author of Willful Blindness: A Memoir of the Jihad (Encounter Books, 2008).
Posted by jtf at 8:04 AM