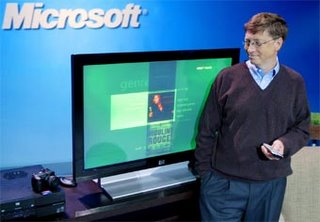 Perhaps it is one of the fruits of the "self-esteem" emphasis in our schools that so many people feel confident to voice strong convictions about things they know little or nothing about -- or, worse yet, are misinformed about.

One of the hardest things for anyone to be informed about is the value of someone else's productivity. Yet there are cries from all directions that some people are being paid "too much" and others "too little."

Who can possibly be better informed about the value of what someone else produces than those who use the goods or services that the person provides and pay for it with their own money?
Things are worth it or not worth it to particular individuals. What these things might be worth to somebody else is irrelevant.

People who think that they, or the government, ought to be deciding how much income people make are in effect saying that they know the value of people's output better than those who use that output and pay for it with their own money.

What all those sales added up to -- Microsoft's income and Gates' fortune -- nobody decided. Nor is there any reason why they should have, even aside from the fact that nobody is qualified to make such a decision.

We can each decide for ourselves whether what Microsoft offers is worth it to us. That is all we are competent to decide -- and only for ourselves individually, when spending our own money.

The idea that we should pool our collective ignorance and then decide how much it is "fair" for Gates or anybody else to earn in total income is as ridiculous as it is dangerous, for it means arming politicians with the arbitrary power to decide everyone's economic fate.

Do we want our own family's living standards to be at the mercy of politicians? Are we so eaten up with envy that we will risk that, in order to keep Gates from having "too much" money, paid by people who voluntarily bought Microsoft's products?

A recent campaign in California to sock the oil companies with bigger taxes hyped the fact that oil company profits were $78 billion.

Utter ignorance of all these things has not been enough to discourage people from loudly demanding that the government "do something" about "Big Oil" and its profits.

The same reliance on ignorance applies at the other end of the economic scale. People who know nothing about retailing, nothing about labor markets and nothing about economics are loudly demanding that the local, state or federal government "do something" about the low pay of Wal-Mart's employees.

Those employees know what their alternative job opportunities are and other employers know what their productivity would be worth to them. If the workers themselves choose Wal-Mart as their best option, what qualifies us to say that either their choice or Wal-Mart's choice was wrong?

Most low-income people, whether at Wal-Mart or elsewhere, do not stay low-income forever -- or for more than a few years. Most Americans in the bottom 20 percent at a given time are later in the top half of the income distribution, after they have acquired some more job experience.
Are individual decisions made by people deciding what is best for themselves to be over-ruled by ignorant busybodies, obsessed by things they do not understand?

Is the whole economic system of supply and demand, on which the nation's prosperity is based, to be disrupted whenever moral exhibitionists have a need to feel puffed up about themselves?

Thomas Sowell is a senior fellow at the Hoover Institute and author of Basic Economics: A Citizen's Guide to the Economy.
Posted by jtf at 10:28 AM