Is It Unfair to Ask Who Did This to Us? 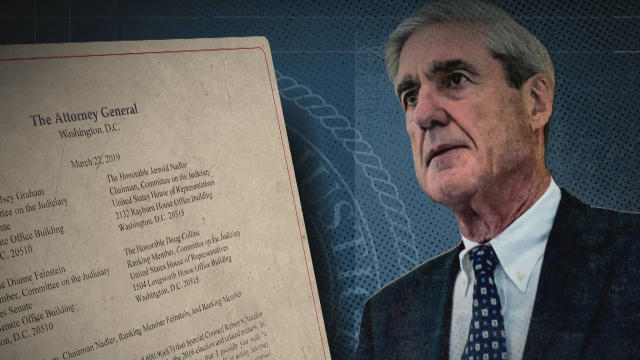 “The Special Counsel’s investigation did not find that the Trump campaign or anyone associated with it conspired or coordinated with Russia … to influence the 2016 US presidential campaign.”
So stated Attorney General William Barr in his Sunday letter to Congress summarizing the principal findings of the Mueller report.
On the charge of collusion with Russia, not guilty on all counts.
After two years of hearing from haters in politics and the media that President Donald Trump was “Putin’s poodle,” an agent of the Kremlin, guilty of treason, an illegitimate president who would leave the White House in handcuffs and end his days in prison, we learn the truth.
It was all a bright, shining lie.
Reeling from Trump’s exoneration, big media are now scurrying to their fallback position: Mueller did not exonerate Trump of obstruction of justice.
But Mueller was not obstructed. No one impeded his labors.
As for Trump’s rages against his investigation, they were the natural reaction of an innocent man falsely accused and facing disgrace and ruin for a crime he did not commit, indeed, a crime that had never been committed.
The House Judiciary Committee may try to replicate what Mueller did, and re-investigate obstruction. Fine. This would confirm what this whole rotten business has at root always been about: a scheme by the deep state and allied media to bring down another president.
The Mueller investigation employed 19 lawyers and 40 FBI agents. It took two years. It issued 2,800 subpoenas. It executed 500 search warrants. It interviewed 500 witnesses. And it failed to indict a single member of Trump’s campaign for collusion with Russia to influence the 2016 election.
Which raises this question:
If Mueller could find no collusion, after an exhaustive two-year search, what was the compelling evidence that caused James Comey’s FBI and Barack Obama’s Department of Justice to believe that such collusion had occurred and to launch this investigation?
Sunday, after Barr’s summary of the Mueller report became public, Trump aired his justified anger: “It’s a shame that our country had to go through this. To be honest, it’s a shame that your president has had to go through this. … This was an illegal takedown that failed.”
Is there not truth in this?
Millions of Americans still believe what is now a manifest falsehood—that their president collaborated with Putin in cheating Hillary Clinton out of the presidency. The legal bills of Trump, his family, his campaign aides and his White House staff must be huge. Careers, reputations have been damaged.
The nation has been distracted and bitterly divided over this since Trump’s first days in office. He has had a cloud over his presidency since he gave his inaugural address. Any ability the president had to fulfill his campaign pledge and negotiate with the largest country on earth, Russia, a superpower rival, has had to be put off.
Is it unfair to ask: Who did this to us?
Who led the Justice Department into believing Trump conspired with the Russians? Why did it take two years to discover there was no collusion? Who gave Putin and the GRU this victory by helping to tear our own country apart?
Our establishment is forever demanding apologies. Where are the apologies for the outrageous accusations that Trump was guilty of something next to treason?
Sen. Joe McCarthy did not do a fraction of the damage to the reputations of Dean Acheson or George Marshall that the elite media have done, unjustly and maliciously, to the reputation of Donald Trump.
Years after French Artillery Capt. Alfred Dreyfus was convicted of colluding with the Germans in the late 19th century, and was sent to Devil’s Island, evidence against another officer emerged.
Soon, it was Dreyfus’ accusers who were in the dock of public opinion.
That needs to happen now. The instigators of this investigation, launched to bring down a president, have damaged and divided this nation, and they need to be exposed, as do their collaborators in the press.
The roots of Mueller’s investigation go back to the Clinton campaign’s hiring of the opposition research firm Fusion GPS to dig up dirt on Trump. Fusion GPS hired ex-British spy Christopher Steele. He had sources in Russian intelligence who provided him with the contents of his infamous dossier. This was delivered to a grateful cabal at the FBI, which used it as the basis of a FISA court warrant to surveil the Trump campaign.
The dirt in the Steele dossier, much of it false, would be secretly shared with Trump-haters in the media to torpedo his candidacy; then, when Trump won, to destroy his presidency before it began.
Now that Trump has been exonerated, the story of how his accusers, using the power of the state, almost murdered a presidency with lies, propaganda and innuendo, needs to be brought out into the sunlight.
For democracy dies in darkness, and this can’t happen again.
Patrick J. Buchanan is the author of Nixon’s White House Wars: The Battles That Made and Broke a President and Divided America Forever.
Posted by jtf at 11:23 AM