How long has Mueller known there was no Trump-Russia collusion? 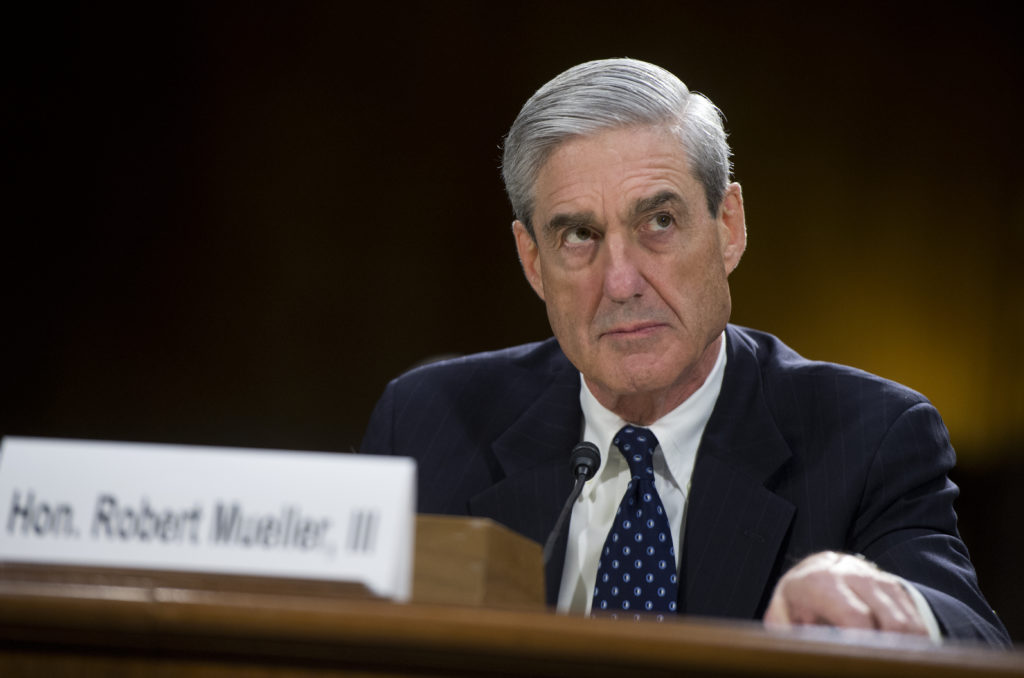 Almost from the start, Democrats and their media echo chamber have moved the goal posts on collusion. The original allegation – the political narrative that the Clinton campaign, through Obama administration alchemy, honed into a counterintelligence investigation – was that that the Trump campaign was complicit in Russia’s “cyberespionage” attacks on the 2016 election.
But there was no evidence that candidate Trump and his surrogates had anything to do with the Kremlin’s hacking and propaganda schemes. And no supporting logic. The Russians are very good at espionage. They neither needed nor wanted American help, their operations predated Trump’s entry into the campaign, and some of those operations were anti-Trump.
Nevertheless, in short order, that endlessly elastic word, collusion, was being stretched to the breaking point – covering every conceivable type of association between Trump associates and Russia.
Some of these were unseemly, such as the Trump Tower meeting, an apparently unsuccessful effort to obtain campaign dirt on Hillary Clinton. More of them were routine, such as incoming national-security adviser Michael Flynn’s communications with Russian ambassador Sergey Kislyak during the post-election transition. But none of these collusion episodes were criminal. The only “collusion” prosecutors care about is conspiracy; a criminal agreement to violate a federal penal statute – such as the laws against hacking.
There was never any such evidence. There was just unverified, sensational, hearsay nonsense – the Steele dossier generated by the Clinton campaign.

Now that Special Counsel Robert Mueller has concluded that there was no criminal collusion, the question arises: When during their exhaustive 22-month investigation did prosecutors realize they had no case?
I put it at no later than the end of 2017. I suspect it was in the early autumn.
By the time Mueller was appointed on May 17, 2017, the FBI had been trying unsuccessfully for nearly a year to corroborate the dossier’s allegations. Top bureau officials have conceded to congressional investigators that they were never able to do so – notwithstanding that, by the time of Mueller’s appointment, the Justice Department and FBI had relied on the dossier three times, in what they labeled “VERIFIED” applications, to obtain warrants from the Foreign Intelligence Surveillance Court.
And make no mistake about what this means. In each and every application, after describing the hacking operations carried out by Russian operatives, the Justice Department asserted:
The FBI believes that the Russian Government’s efforts to influence the 2016 U.S. presidential election were being coordinated with Page and perhaps other individuals associated with [Donald Trump’s] campaign.
Yes, the Justice Department continued to make that allegation to the secret federal court for months after Trump was sworn in as president.
Notably, in June 2017, about a month after Mueller took over the investigation, while he was still getting his bearings, the Justice Department and the FBI went on to obtain a fourth FISA warrant. Yet again, they used the same unverified information. Yet again, they withheld from the court the fact that this information was generated by the Clinton campaign; that the Clinton campaign was peddling it to the media at the same time the FBI was providing it to the court; and that Christopher Steele, the informant on whom they were so heavily relying, had misled the bureau about his media contacts.
You know what’s most telling about this fourth FISA warrant? The fact that it was never renewed. The 90-day authorization lapsed in September 2017. When it did, Mueller did not seek to extend it with a new warrant.
Think about that for a moment. President Trump fired FBI Director Comey on May 9, 2017. Eight days later, on May 17, Mueller was named special counsel. This appointment effectively wrested control of the Trump-Russia counterintelligence investigation from acting FBI director Andrew McCabe, transferring it to the special counsel.
By August 2017, Mueller had removed the lead investigator, Agent Peter Strzok over the rabidly anti-Trump texts he’d exchanged with Lisa Page, a top FBI lawyer who served as McCabe’s counsel. Page herself had resigned in May. Meanwhile, the FBI reassigned its top counsel, James Baker (who later resigned); and the bureau’s inspection division referred McCabe to the Justice Department’s inspector general for leaking investigative information and then lying about it (and McCabe was later fired and referred to the Justice Department for possible prosecution).
This means that by autumn 2017 when it would have been time to go back to the court and reaffirm the dossier’s allegations of a Trump-Russia espionage conspiracy, the major FBI officials involved in placing those unverified allegations before the court had been sidelined. Clearly up to speed after four months of running the investigation, Mueller decided not to renew these allegations.
Once the fourth warrant lapsed in September, investigators made no new claims of a Trump-Russia conspiracy to the court. The collusion case was the Clinton campaign’s Steele dossier, and by autumn 2017, the investigators now in charge of the Trump-Russia investigation were unwilling to stand behind it.
In order to get the FISA warrants, the Justice Department and the FBI had had to allege that there was probable cause to believe former Trump adviser Carter Page was an agent of Russia. Under FISA law, that requires alleging that he was knowingly involved in clandestine activity on behalf of Russia, and that this clandestine activity involved probable violations of American criminal law – offenses such as espionage. Yet, despite the fact that this representation was made four times in sworn “verified” applications, Mueller never charged Page with a crime – not espionage, not false statements, nothing.
When Special Counsel Mueller closed his investigation last week, he almost certainly knew for about a year and a half that there was no collusion case. Indeed, the indictments that he did bring appeared to preclude the possibility that the Trump campaign conspired with the Kremlin.
Yet the investigation continued. The Justice Department and the special counsel made no announcement, no interim finding of no collusion, as Trump detractors continued to claim that a sitting American president might be a tool of the Putin regime. For month after month, the president was forced to govern under a cloud of suspicion.
Why?


CLICK HERE TO READ MORE FROM ANDREW MCCARTHY
Posted by jtf at 8:19 AM