How Wild Was Wild Bill Hickok? A Biographer Separates Life From Legend 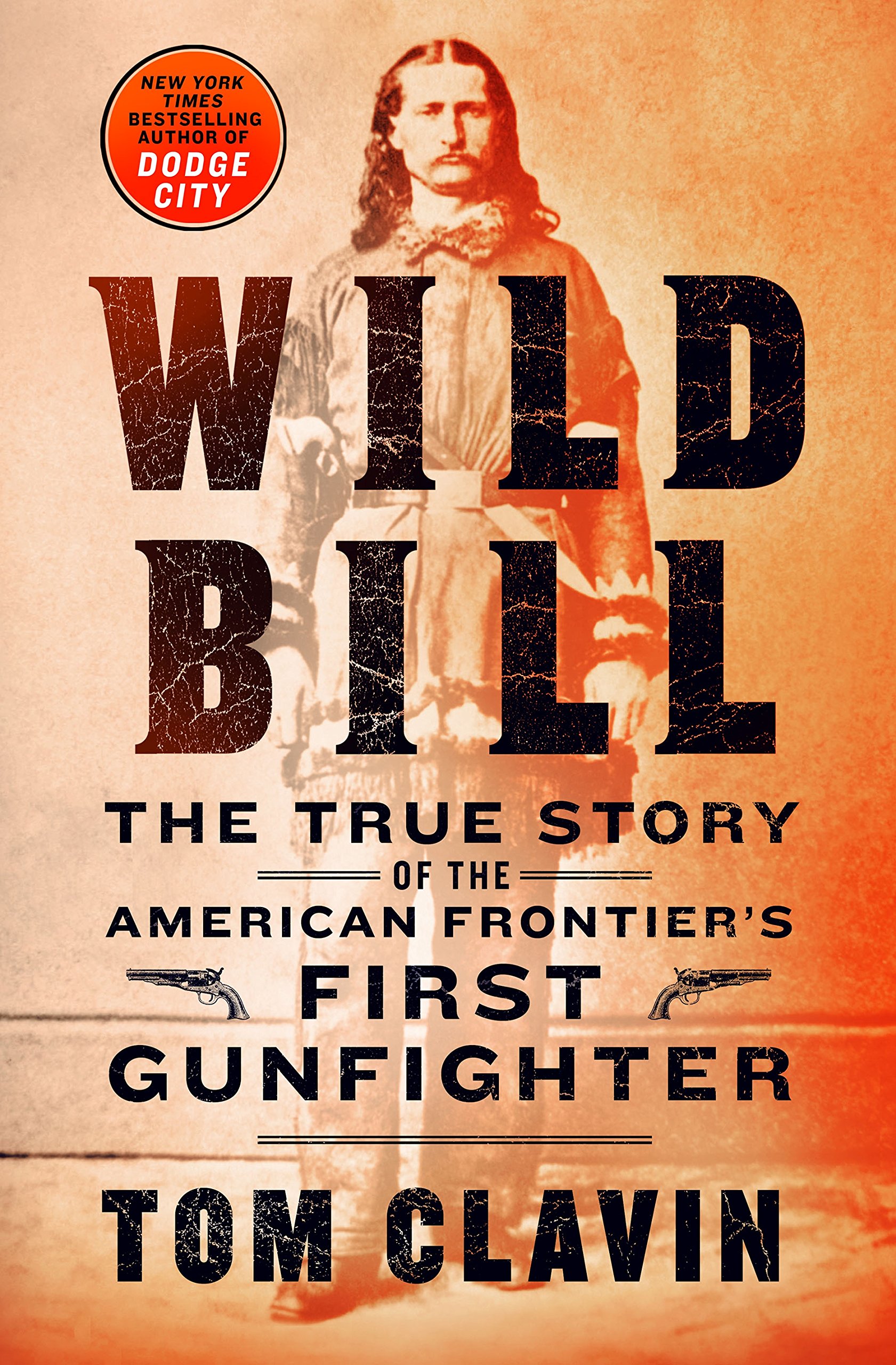 To succeed as a gunfighter in the American West, it helped to have a competitive advantage. Being fast on the draw was essential — and removing a revolver from a stiff leather holster was never as easy as Hollywood made it seem. But possessing good aim in an age of faulty, smoky ammo and inaccurate weaponry helped even more. The best shot in the early days of the era was the taciturn James Butler Hickok, who for no good reason earned the sobriquet Wild Bill. He boasted another advantage: He was ambidextrous, which meant he could fire off a hail of 12 rounds to the six by an ordinary mortal.


His supremacy as a shootist is evident early in “Wild Bill,” Tom Clavin’s new biography of the gunslinger. Hickok not only survives all of his walk-and-draw contests, he becomes a bona fide celebrity in the process. His good looks surely help: Over six feet tall, blue-eyed, long-nosed and mustachioed, he is as lithe as a tiger, and blessed with wavy auburn hair that he wears shoulder-length, like a rock star. His in-town get-up consists of calfskin boots, checked trousers, embroidered waistcoat, Prince Albert frock coat and black sombrero. No wonder The St. Louis Republican refers to him as “a dandy at all times in attire — a regular frontier dude.”
Clavin’s chief objective in retelling this story is to entertain us. An equally meritorious goal is to peel away the myth and folklore to reveal the historical truth beneath, a real challenge given that most of the record consists of sensationalized press reports and fictitious dime novel versions of the events. It’s like trying to pry a presidential biography out of the pages of a comic book. And the drawback to the fact-versus-fiction strategy here, as in Clavin’s recent book “Dodge City,” is that, freed from their mythification, these jackalope-like gunslingers emerge for the most part — Bat Masterson being the exception — as shiftless, talentless young men with poor educations and lousy career prospects, whose scruffy, Hobbesian lives play out exactly as you might expect.

Undaunted, Clavin, who is a wily veteran of the writing trade, tacks up the truth like wanted posters in every chapter, while simultaneously savoring a few of the more fanciful falsehoods along the way, a neat trick in which he displays some ambidexterity of his own. Perhaps aware that a focus on shootouts might fall flat in this age of mass killings and gun-control debates, he detours into the skirmishes of the Civil War and into such historical arcana as the origins of the Pony Express; the adventures of the 10th Cavalry, whose enlisted men were all black; the early days of the circus; and the backgrounds of the bad guys. In one such pencil-sketched interlude, we watch Hickok umpire an early baseball game between the Kansas City Antelopes and the Atchison Pomeroys. Hickok’s steadying presence is needed because the previous contest had ended in fisticuffs and a Kansas City headline that read “The Town Is Disgraced!” Hickok crouches behind home plate; his single-action Colt six-shooters, famously worn cavalry-style with their butts jutting forward, dangle from their holsters. The Antelopes win by the astonishing score of 48-28.

Next come the jobs as a scout, deputy United States marshal and sheriff, and the famous Kansas gun battles at Hays City and Abilene, in a career that is largely over before it begins. At 35 and going blind, possibly from secondary syphilis, Hickok tries his hand at show business, first by cofounding and codirecting a touring production called “The Daring Buffalo Chase of the Plains” (which goes wrong when the bison panic and stampede), and then by joining the cast of his friend Buffalo Bill Cody’s “Scouts of the Prairie,” which The New York Herald describes as “so wonderfully bad it was almost good.” Hickok, playing himself, understandably finds his role ludicrous and his dialogue lame: “Fear not, fair maid! By heavens, you are safe at last with Wild Bill, who is ever ready to risk his life and die, if need be, in defense of weak and defenseless womanhood!”
So, it’s back to Cheyenne and an unlikely marriage to an aging circus impresario 11 years his senior, before galloping into the Black Hills in hopes of a long-shot score as a prospector or gambler. Clavin has fun debunking an alleged romance between Hickok and Calamity Jane, who appears in a late cameo as an insufferable drunkard and braggart. Not all of the scenery here is interesting, not all of the events are credible and we may even suffer a few mental saddle sores from blunt transitions and dull Wikipedia-like prose, but for the most part this is a pleasant enough trail ride of a book. Just don’t expect this quarter horse to prance like a Tennessee Walker.
The story ends predictably (even Wild Bill predicts it) at a card table in the mining town of Deadwood. Hickok is almost cleaned out at the time and remarks, “The old duffer broke me on the last hand” — moments before Jack McCall puts him down like an old dog. In his open coffin, Hickok makes a handsome corpse, his hair still hanging in auburn ringlets. The Deadwood locals line up, eager for one last look.
Christopher Knowlton is the author of “Cattle Kingdom: The Hidden History of the Cowboy West.”
Posted by jtf at 7:22 AM