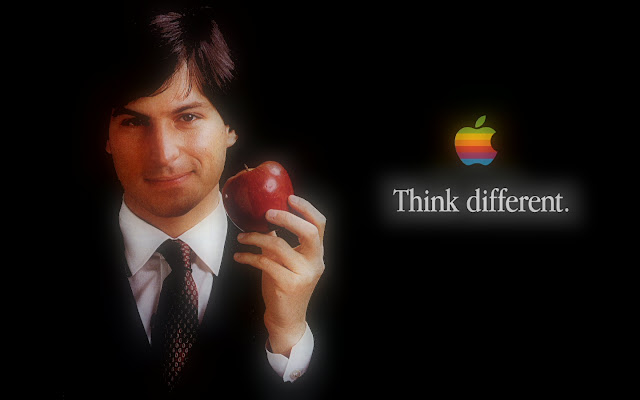 BOSTON -- The Apple Store on Boylston Street was decorated with flowers, like a funeral home after the death of a family member. The man who died, Apple co-founder Steve Jobs, was probably not related to anyone in the store. But his technological innovations had touched, and measurably improved, each of their lives.

They knew it, too. Some customers paused outside to share tributes to Jobs with local camera crews for the nightly news. Yet many, perhaps most, of them will vote for a Senate candidate who appears to believe Jobs' accomplishments were indistinguishable from that of his lowest-level employee and impossible without the goodness of government.

"There is nobody in this country who got rich on his own," said Elizabeth Warren, now a Democratic candidate for Senate in Massachusetts. "Nobody." In some sense, that's true. We are not all atomistic individuals who live in a society-free vacuum. Steve Jobs surely traveled on government roads, was protected by police officers and firefighters, and had Apple employees who were educated in public schools.

Some variation of all those things can be said of almost anyone in this nation of 300 million people. How many people can we credit with the iPod, the iPhone, the iPad, the first personal computer? That number is a lot closer to one.

Warren isn't alone in suggesting that wealth creation is really nothing special. Senate Democrats have proposed a 5 percent surcharge on millionaires and billionaires, who they insist are not paying their fair share. The Occupy Wall Street protests vilify profit-making.

Jobs was a college dropout who started what would eventually become Apple in his parents' garage, at age 21, with the help of his childhood friend Steve Wozniack. He was a multimillionaire at 25, on the cover of Time magazine at 26, and was seen by some as a failure at 30, purged from the company he had helped found.

That didn't stop him. Jobs founded NeXT Computers and bought what became Pixar Animation Studios. In 1996, Apple brought him back by buying NeXT. In 1997, Jobs became CEO. Along the way, he upended the recorded music industry. He revolutionized the cell phone. He transformed the personal computer. And he brought back a company that had been on its knees.

Steve Jobs wasn't a perfect man. He did not always own up to the daughter he fathered out of wedlock. Fortune reported that he claimed in court documents that he was infertile. The mother reportedly had to collect welfare to support the child. Apple was criticized for a lack of corporate philanthropy.

How many millions of people had their lives improved by Apple products? How many were gainfully employed by the company? How many found it easier to work in their jobs in other fields, feeding their families, buying decent housing, and accessing health care, because of Apple products? Without Jobs and many of his nearly 340 patented inventions, we would all be poorer.

Best of all, none of it counted one bit on Jobs' good intentions. Apple's "profiteering" proved compatible with many of its products becoming cheaper , more accessible, and more widely distributed than ever before.

Maybe Jobs would have done all of this with 90 percent marginal tax rates, a Buffett rule, a same-regulation marriage between the Dodd-Frank law and Sarbanes-Oxley, even a U.S. membership in the European Union. His public speeches suggest he was committed to his career, committed to excellence, as if it was the love of his life.

It is hard to doubt that there will be others who would add to the sum total of human happiness and improve the lives of their fellow man who will be deterred by high barriers to entry or a lesser return on the fruits of their labor. It is hard to take seriously those who roll their eyes at the very thought that the wealthy can create jobs or produce benefits for people who make less money than they do, as they publish their soak-the-rich tweets from their iPhones.

Not every rich person is a Steve Jobs. There is a lot more to life than money. And yes, we derive value from the social context in which we live. But individual achievements can also yield collective benefits. Benefits that sometimes far exceed the work of any politician.

"You built a factory and it turned into something terrific or a great idea -- God bless, keep a big hunk of it," Elizabeth Warren continued. "But part of the underlying social contract is you take a hunk of that and pay forward for the next kid who comes along." Steve Jobs gave at the office, Ms. Warren, leaving more for the next kid who comes along than many who claim to act in the public interest.
Posted by jtf at 7:29 AM

Email ThisBlogThis!Share to TwitterShare to FacebookShare to Pinterest
Labels: Media and Culture, Obituaries