How Steve Jobs Changed The World

Apple's former CEO made the products he himself wanted. 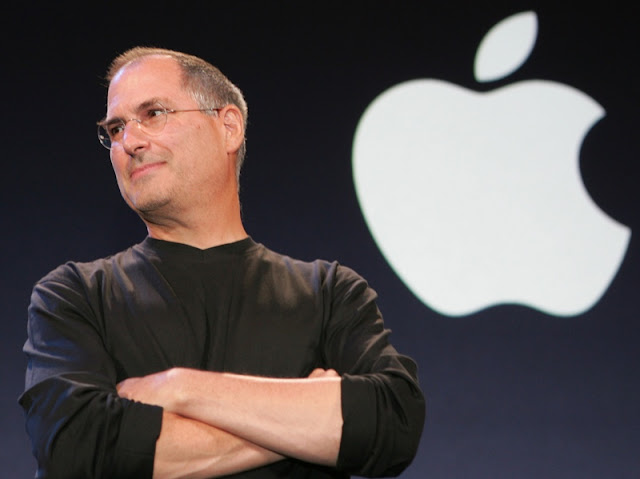 If you want to know the secret of Steve Jobs, recall his advice to inventor Dean Kamen upon seeing the original version of the Segway scooter: "I think it sucks," he said. "Its shape is not innovative, it's not elegant, it doesn't feel anthropomorphic . . . There are design firms out there that could come up with things we've never thought of, things that would make you s*** in your pants."

At the end of the day, hardware is just a bunch of cold transistors and software code is just a bunch of bits to control them. But clever code can change the world and make us productive in ways we never imagined. Yet even that's not enough. As Hewlett-Packard and Nokia painfully know, everyone eventually has access to the same transistors, the same memory and displays and processors. All you can hope for is maybe a 12-18 month lead. Steve Jobs's magic was to marry clever code with a fanatical devotion to aesthetics, rare in the tech world. It worked, in spades. Now we pay huge premiums for Apple products made up of commonly available components.

That's right, we shell out $600 for $200 worth of sand. And here's the neat parlor trick. We actually feel good about it! In techland, there's no rest for the weary, better processors and storage and networks are daily creations. Mr. Jobs looked over the horizon and figured out not only what's next, but how to shape it into devices that all at once stirred a cognitive soup of psychology, behavior science, philosophy and for many, a spiritual awakening—an iPhone as a cortexial extension of ourselves. Weird, but true.

How did he pull this off? By figuring out what he wanted and controlling the whole process until he got it. Very few buttons, like Mr. Jobs's clothing. But more importantly, don't just touch your computer, feel it. Let the graphics and icons simplify life's complexities. Let your fingers flow over the glass instead of peck at it. Speak to it. Use your body and motion to sway your computer until it moves you. Until you are one. OK, I got a little carried away, but admit it, it's hard to unplug.

But of course, Mr. Jobs isn't selling just fashion. He's selling form and function, a platform for us to conduct our business and personal lives on, removing an expensive layer of magazine designers (Mac), disk jockeys (iPod), secretaries and postal workers (iPhone) and cable guys (iPad). Mr. Jobs and his legion of 50,000 coders and designers became the most valuable company in the world.

And his control drove Apple's business model. No screws to open up his devices. Those (patent protected) high margins from aesthetics allow Apple to break a lot of rules. Both the personal-computer industry and the Internet evolved as horizontal industries, layers of companies, each with a sliver of expertise (operating systems, processors, computers), that upended slow moving and formerly ridiculously profitable giants IBM and AT&T. Steve Jobs went horizontal just owning the online delivery layer to transform the music industry. He's trying to do it again to book publishing and TVs and games, and movies.

About my only criticism of Steve Jobs is that Apple itself is quite vertical. You want to run an app on his iPhone, you play by his rules and pay him 30% of the action. And then there's those Apple stores, with their goofy T-shirt clad "geniuses," each resonating a Jobsian smugness. But darn it, they do know what they are doing and always end up helping. Also, by being tightly controlled and vertical, Apple has solved a major problem in the computer industry: customer support. Another brilliant move. So far, being vertical has been a virtue. Mr. Jobs leaves Apple hugely profitable and shareholders thrilled.

Is Steve Jobs irreplaceable? No. Apple fans will eventually move on to something else. It would have happened if he stayed. Twenty-somethings come along and invent entire new platforms like Facebook that change the world in different ways, learning the lessons from Steve Jobs and adding their own twists. The world catches up.

Aesthetics only gets you so far. At some point, maybe even the vertical control structure starts to unwind. It always does, as high margins are a super-conducting magnet for well-funded competition. Heck, Google just shelled out $12.5 billion for Motorola Mobility to go a little vertical themselves to compete.

New Apple CEO Tim Cook has his work cut out continuing the Jobs legacy, refreshing Apple products at the same torrid pace, creating new category-creating devices, fighting off copycats, and keeping the stock price going up while at the same time figuring out which parts of the Jobs model to dismantle. Meanwhile, we all are a little better off because of Steve Jobs. I hope he applies his energy to other world- (and pants-) changing things.

Mr. Kessler, a former hedge-fund manager, is the author most recently of "Eat People" (Portfolio, 2011).

He ranks in the industrial pantheon along with Edison and Ford. 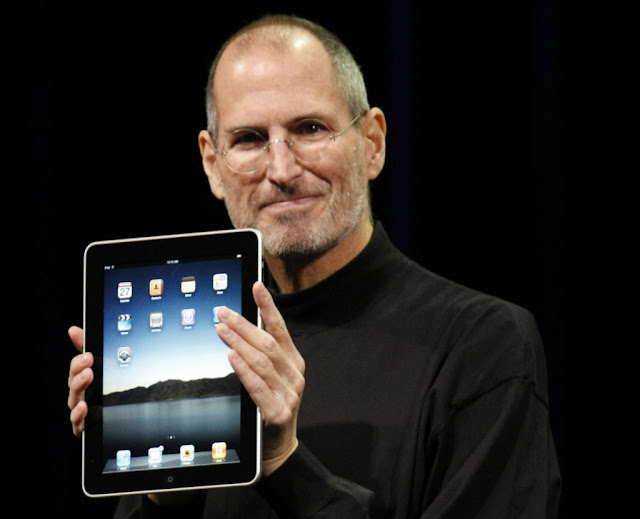 This story was originally published on August 26, 2011.

People will be trying to isolate and bottle the "leadership secrets of Steve Jobs" till the end of business time. But of course it's impossible.

His story isn't just the story of a person, but the combination of time, place and person, spawning a career in industrial design of awesome proportions. Mr. Jobs founded two pivotal companies in American history. Both happened to be named Apple. One was the Apple of the Macintosh, the other was the Apple of the iPhone.

From the beginning, he saw the human possibility in the extraordinarily complex hardware and software engineering of digital devices. The Macintosh should work in a way that's intuitive, that doesn't require an owner's manual. And today you only need to survey the blogosphere or friends with toddlers to hear stories of 3-year-olds picking up an iPad and quickly sussing out what it's for.

Then there's the business story. The first Apple had become, in the minds of the people running it and its investors, a computer company—one riven over whether to follow Bill Gates's advice and license the Macintosh operating system and make a living raking in fees from clone makers.

That's the Apple that spit Mr. Jobs out. The second Apple—the Apple of the iPod, iPhone and iPad—was the noncomputer company that Mr. Jobs perhaps instinctively intended all along. A decade after his return, he made it official and changed the name from Apple Computer to Apple. His purpose wasn't to fill a niche in an industrial landscape, but to realize the full potential of the medium to which Apple had committed itself.

But let's also acknowledge that coupled with vision and the pursuit of excellence was hard-headed business strategizing. The triumph of iTunes, the App Store and the incipient Apple Cloud ushered in the era at Apple of network-esque complexity as well as the possibility of network-esque revenues. It made Mr. Jobs, despite himself, an empire builder. Success brought rivals like Google and Amazon. There came the need to anticipate moves and countermoves, the need to play defense. This was an unsung part of the Jobs C.V. in later years. And almost tactless to mention is the garish side effect: the rise of Apple to exceed Microsoft and on some days Exxon Mobil, as the world's most valuable company.

Now this was an almost inexplicable business success, a miraculous reversal of fortune of the sort that inspires banner headlines and hyperventilating on cable TV when it happens on the ball field. It was an astonishing achievement, emblematic of a man meeting his moment completely, when few men get a chance to meet their moments even partially.

Mr. Jobs's negotiation of personal relationships has been, by reputation, fraught and idiosyncratic. But whose isn't? And whatever his interpersonal challenges, a different kind of warmth is also apparent. An image that will become part of the Jobs lore, inevitably, is his extraordinary determination to cling to life, at least partly for the benefit of the company he created and the customers he accrued. His unpathetic willingness to show his withered self in order to introduce to the world the latest wonders of Apple product development was painful and glorious to watch.

What comes to mind now is a forgotten PBS show in the 1980s that tried to explain what was then known as the "quality revolution" in business. Interviewed was some wise old MIT professor who said, if memory serves, "Quality is love." Mr. Jobs's determination to make superb products was, one likes to think, an expression of love for the world, life and possibility.

"I believe Apple's brightest and most innovative days are ahead of it," he said in his announcement this week, perhaps his one concession to ordinary sentimentality, for it seems impossible that Apple, or any company, could anticipate another run like Apple's in the 10 years since the iPod's introduction.

Indeed, it seems unlikely that even Mr. Jobs, had he remained healthy and in charge, wouldn't eventually have met a technological wave or strategic development that he couldn't understand quickly enough and react to. Possibly it's already here: Television in the age of the digital cloud, a puzzle now taxing many of Silicon Valley's most creative minds.

And that would have been fine, preferable to the medical torture and premature professional swansong that have been his lot. The legend did not need this almost sacrificial ending to secure for him a place in the industrial pantheon with Edison, Ford and (though it might cause him to curl his lip slightly) Gates.
Posted by jtf at 6:01 AM