The Bizarre Mystique of Jerry Salinger

Okay, I remember a few little things about The Catcher in the Rye from my adolescence many years ago -- who doesn't? -- but what I recall most is getting bogged down in a very boring story about halfway through.

I lived in New York and could not escape the cultish atmosphere that kept literary superstars in ink. With each new droplet of prose from J.D. (Jerry) Salinger, readers of The New Yorker held their breath. A book became a major news story. 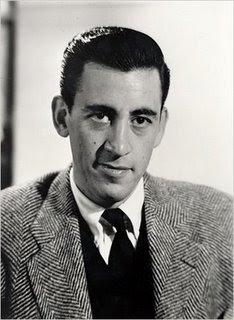 Plowing through other people's prose has always been one of my strengths but I stumbled again on about page 25 of Franny and Zooey, and even sooner in "Raise High the Roofbeams, Carpenters."

And in 1965, when his short story "Hapworth 16, 1924" appeared in The New Yorker, the critical eyebrows of Gotham were raised in collective consternation. Wrote Janet Malcolm in a famous New York Review of Books essay, "It seemed to confirm the growing critical consensus that Salinger was going to hell in a handbasket."

Although Malcolm's essay came down in defense of Salinger, she conveyed the F&Z reception in spades: "I don't know of any other case where literary characters have aroused such animosity, and where a writer of fiction has been so severely censured for failing to understand the offensiveness of his creations," she wrote.

I was relieved that nothing further came from the New Hampshire recluse but occasional reports of bizarre behavior. It saved me from striving vainly to keep up with trendier friends.

Joyce Maynard, one of the few outsiders to be invited in, wrote a book about her trials with the New Hampshire hermit, At Home in the World. After living with Salinger for less than a year, she was abruptly told to get out. She was 18, he was 53. She wrote that she has spent the rest of her life wondering what she did wrong.

So when Jerry died recently at 91, I was astonished to see he could still do it -- he provoked a torrent of praise and grief from otherwise careful critics and writers.

Fortunately I now live in France and could escape the immediate fuss. Distance brings focus.

Looking again at Salinger's only novel worthy of the name, I feel vindicated. Catcher reads like a period piece from the 1950s, and, if it still sells to grownups, it appeals to their inner 15-year-old. That ranks it one step above a pretty good children's book.

A well-read friend put it this way: "If it were published today it wouldn't make a ripple."

Catcher protagonist Holden Caulfield's experiences, wrote one critic, dramatize the "despoliation of childhood innocence and integrity by insensitive, superficial adults." This strikes a chord with most adolescents and has ensured a long life for the book on high school reading lists. A literary reputation, however, that rests largely on a single title, raises questions.

Lacking any proof that he locked his brilliant later novels in a safe somewhere, he simply does not compare with the varied and prolific output of writers such as Philip Roth, Saul Bellow, John Updike, Norman Mailer and Joyce Carol Oates.

The outpouring at his death seems to come from a combination of nostalgia for the 1950s, combined with an intense desire to conform to literary convention and compassion for a man apparently suffering from a monumental writer's block.

A shame, really, for maybe he would have improved.


Michael Johnson spent 17 years at McGraw-Hill, including six years as a news executive in New York. He now writes from Bordeaux in France.
Posted by jtf at 10:35 AM