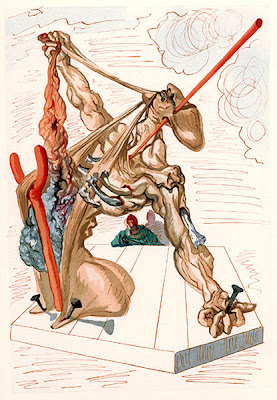 And I usually reply that it’s not about hitting 50 per cent. It’s about the point at which mediating between the Muslim population and the broader population becomes a central and then the dominant feature of the culture. In Northern Ireland, the Loyalists outnumbered the Republicans by two to one more or less, but an arithmetical majority didn’t prevent 30 years of, to put it at its mildest, profound destabilization. And once you’re in that situation the question becomes: What are you prepared to trade away in an attempt to re-stabilize?

Ezra Levant, my comrade in Canada’s free speech wars, was hauled in for interrogation by the Alberta “Human Rights” Commission for publishing the famous Danish cartoons of Mohammed. After three years of harassment by a malign alliance of radical Islamists and the multicultural state, he’s come to the conclusion that the cartoon crisis has done more damage to North America’s “culture of liberty” than 9/11. You can see what he means. In the long run, the ostensibly trivial matter of some undistinguished drawings in an obscure provincial newspaper in a nation way out on the periphery of the horizon may yet prove to be more significant than a direct violent assault on the citadels of American power. September 11th was a bloody provocation that was met with a vigorous display of will: Within a few weeks al-Qaeda’s training camps were smashed to smithereens, and its patrons in Kabul had hitched up their robes and fled. The cartoon crisis was a minor, albeit murderous, affair that rippled across the globe to be met by a dismal lack of will by almost every panjandrum of western civilization, from European Union commissioners to Canada’s ghastly “human rights” regime. As the years go by, that seems the more relevant template.

Nevertheless, notwithstanding the damage done by Euro-Canadian appeasers, an American institution has now effortlessly outpaced them. Having commissioned a book on the subject, Yale University Press has decided that it will appear without any illustration of said subject matter. The author is not a scaremongering blowhard like Ezra and me but a respected Brandeis University professor, Jytte Klausen. Insofar as I understand the thesis of The Cartoons That Shook The World, Professor Klausen argues that the crisis was artificially whipped up for political purposes and that, therefore, one should draw no broader conclusions about Muslim culture and its relationship with the west. You could hardly ask for a more telling comment on that thesis than the publishers’ decision to yank the illustrations, including not only the cartoons but other representations of Mohammed, such as Gustave Dore’s depiction of the Prophet being disemboweled in Hell. This scene from Dante’s Inferno has also been visually rendered by, among others, Botticelli, William Blake, Salvador Dali and Rodin, all of whose images have been reproduced in hundreds of book. Yet, with nary a thought, Yale has extended the de facto prohibition on new Mohammedan depictions into a retrospective airbrushing of the historical record. This is an astonishing thing for a scholarly institution to do, especially one whose motto is Lux et veritas. In nixing Gustave Dore, they have, in effect, said the entire western inheritance is up for grabs. Not all of it, not immediately. The lux will be dimmed incrementally, bulb by bulb, and, after a while, as what would once have “shook the world” ceases even to be reported, you won’t even notice it.

The official explanation was the threat of violence. Not any actual violence, and, as it turns out, not even any actual threats. After Roger Kimball poked around a bit, it emerged that the decision to ban both the Danes and Dore was driven not by editors or publishers at YUP but by the very biggest bigwigs of the University itself. The experts were contacted by “the Office of the President”, no less. On its face, the decision to gut its own reputation for editorial and scholarly integrity seems to owe less to unspecified fears of jihadist nuts blowing up a university bookstore than to a cooler calculation of its strategic interests, including (so Mr Kimball suggests) continued access to wealthy Muslim benefactors.

Yale has thus provided us with a perfect snapshot of where we’re headed. When I fought back against attempts by the Canadian Islamic Congress to get my writing criminalized north of the border, various American readers wrote to say: “Why bother? Who cares about Canada? We’ve got the First Amendment, and nobody’s going to ban you here.” That’s not how the world works, no matter the fond isolationist illusions of Ron Paul types. Restive European Muslims and unlimited Saudi money can put pressure on American publishers, institutions and media that will eventually render the First Amendment moot. In Denmark and other countries, craven accommodationists can at least plead that they have incendiary majority-Muslim suburbs with 50 per cent youth unemployment. That’s not true of New Haven, where the honchos seem to be using fear of violence as a cover for the appetites of their endowment. In other words, they’re merely posing as contemptible Euroweenies. Which, when you think about it, is even more contemptible.

In 2006, during the original cartoon jihad, a Muslim demonstrator in Toronto spelled it out: “We won’t stop the protests until the world obeys Islamic law.”

It sounded vaguely ridiculous at the time. And yet, without the demographic pressures of Europe, a scholarly publisher in Connecticut now “obeys Islamic law”. Who’s next?
Posted by jtf at 1:43 AM