The Riverdale Plot and Our Dreyfus Moment

The foiled attack on the synagogue in the Riverdale district of New York City should bring home with devastating force an argument that I have been making for a long time: evil in this world is not divided according to some imaginary ideological spectrum, but rather upon a division of camps. In one camp are Jews, Christians, America, and Israel. These are peoples who want, most of all, simply to be left alone. 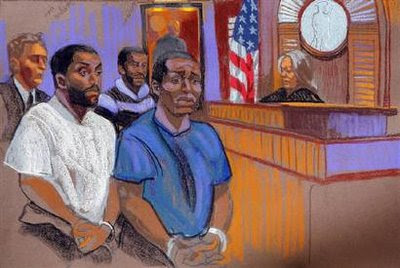 In the other camp are those people who nurse and cherish an unquenchable hatred for Jews, hatred for Christians, hatred for America, and hatred for Israel. This includes clusters of people normally considered to have nothing in common: Nazis, Bolsheviks, radical Islam, modern "progressives" (of, if you will, Leftists), slave overlords like Kim Jong il or the Castro brothers, and the cynical appeasement snobs of European elitism.

In fact, the only thing which divides these groups is how to parcel up the spoils of conquest and plunder. Nazis and Bolsheviks were bosom buddies for a good part of the Second World War, and even before the Second World War began, it was the Left in Britain which most passionately demanded that Britain not rearm (which the 1945 book, The Left Was Never Right, describes in precise detail.)

When the Holocaust happened, Bolsheviks and radical Moslems did not care: Christians and Americans, however, were horrified. When the Nazis began their war on Christianity, many Jewish authors in America called attention to that crime. When radical Islam ponders the problems of the world, it looks to Judeo-Christian America (aka "The Great Satan") and Jewish homeland Israel (aka "The Little Satan") as the centers of the enemy. When their comrades in bitterness, "progressives" in America look for enemies, they invariably look first at the "Christian Right" as the foe, soldiered by such scary people as Sarah Palin and Carrie Prejean.

I call all these enemies of Judeo-Christian moral tradition simply "Sinisterists," and I wholly reject the notion that these have any real differences except for a sort of tribal loyalty and a greed for more shares of booty (think of Stalin and Hitler carving up Eastern Europe in 1939.) These are our eternal enemies not because we -- Jews, Americans, Christians, Israelis -- want to be their enemies but rather because we are, by our lives, an affront to them.

My wife's parents, who both spent their youth in the Hell of the Holocaust, lived in Riverdale. They went to a synagogue there regularly. The four monsters lusting for the blood of Jews wanted to complete what Hitler began. Does it matter that my wife's mother would have always given them money if they had asked her on the street? No. Does it matter that my wife's father devoted the last decades of his life in volunteer work to provide a happy and safe park for these assassins' young relatives? No.

Does it matter to these apprentices to assassination that the Air National Guard pilots who these convicts (and then converts to Islam!) wanted to murder risked their lives to liberate Afghans and Iraqis? Does it matter than in both Iraq and Afghanistan there are now, thanks to brave American soldiers, democracies in which Moslem majorities choose their governments? No. It does not matter at all.

Alfred Dreyfus was hated by the French Army because he was a Jew. It did not matter that he was a loyal Frenchman or a brave solider. His wrongful sentencing to Devil's Island persuaded Theodor Herzl that only a Jewish homeland could truly liberate the Jewish people. We in the West have, I hope, come to a "Dreyfus Moment" -- recognizing what we do not wish to know but grasp that we must. 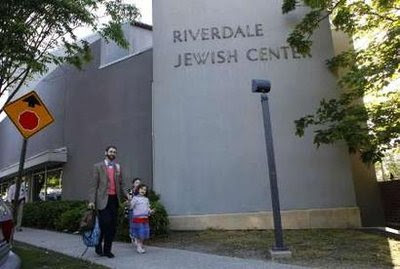 The Riverdale Jewish Center is seen the morning after police foiled a planned attack on the building, in New York, May 21, 2009. New York's mayor and police chief sought to calm Jewish worshipers on Thursday, the morning after authorities said they foiled a plot to blow up two synagogues and simultaneously shoot down military planes. Four men arrested in the suspected plot were due to appear in court later in the day in White Plains, New York. Police Commissioner Raymond Kelly said all four had criminal records and did not appear to be part of al Qaeda.
REUTERS/Chip East (UNITED STATES RELIGION CONFLICT CRIME LAW IMAGES OF THE DAY)

We who take Christianity and Judaism seriously, we who view America and Israel as blessed refuges of those hated for the sake of hate, will never persuade our foes to stop being our foes. The most innocent answer of Carrie Prejean will always provoke savage vitriol, the least offensive proposal of Israel will always be smeared as genocidal Zionism, and -- Mr. President -- the most groveling apology for imaginary past offenses will never sate a rage which lives for rage itself.

Our charity convinces our enemies that we have exploited them. Our listening to a nauseating cacophony of hissing lies persuades our enemies that somehow their vile arguments matter. Our trust in a blessed Creator defames those who find a loving God intolerable in their grim universe of Marx, Allah, and Gaia. When we are happy, peaceful, and prosperous, they feel offended. If America were on Mars, hermetically sealed from contact with Earth, their misery would still be our fault. If Israel had, like much of Holland, been reclaimed from the sea by Jewish engineers, the reclaimed land still would have "belonged" to the Palestinians."

Whether we know it or not, we have reached and we have gone past our "Dreyfus Moment." During the Second World War, we knew that peace with Hitler was not an option. The only option, as Churchill understood, was: "Victory -- victory at all costs, victory in spite of all terror, victory however long and hard the road may be; for without victory there is no survival." During the Cold War, President Reagan proposed the same strategy -- and American Thinker contributor, Herb Meyer, who worked for Reagan then, told us then that it would work: "How about this? We win. They lose."

Confronting evil is never easy. That is why often only truly great men like Churchill and Reagan can do it. But confronting and defeating evil is the only way to survive. We will win or we will lose the war that we are in right now. Every Jew, every Christian, every American, and every citizen of Israel had better hope we win.

- Bruce Walker is the author of two books: Sinisterism: Secular Religion of the Lie, and his recently published book, The Swastika against the Cross: The Nazi War on Christianity.
Posted by jtf at 8:02 AM