The Bible-belt state of Tennessee is not known to have been targeted by Al-Qaeda or any other radical Islamic terrorist group, but the Volunteer State may be becoming a hotbed for the growth of extremism. Reports from Nashville, Shelbyville, and Dover indicate that Tennessee has gradually become a stronghold for radical Islamic forces that are transforming parts of the state. 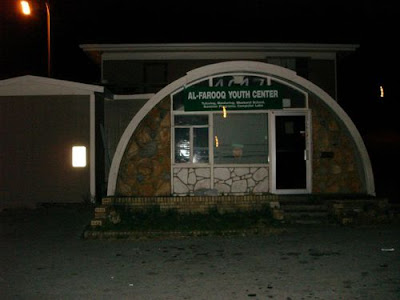 On May 13, I reported on the discovery of extremism at the Al-Farooq Mosque in Nashville by award-winning counter-terrorism expert Dave Gaubatz, an individual that once held top-secret security clearance as an agent for the Air Force’s Office of Special Investigations. The library carried extremist texts and audio tapes by known radicals such as Syed Maududi and Ali Al-Tamimi, who was convicted for his role in terrorism. One calls for the killing of homosexuals, and another describes how Muslims not engaged in taking up an armed jihad must “strengthen the capability of those fighting on the front line.” Other texts were found by his female researcher when a member of the mosque brought her to a Somali store in Nashville that was well hidden because of what the mosque attendee described as “government problems.”

Most shockingly, one of his researchers recorded a seven-year old girl describing the teachers at the mosque as hitting the children. Although Gaubatz himself did not see such abuse, he described an incident where he heard a teacher scream and an 8-10 year old girl yell. After Gaubatz turned and looked to see what happened, he saw the teacher carrying a stick between 12 and 14 inches long. Although he did not see her get hit, Gaubatz said “from the reactions of the other children, I believe this happened.”

Gaubatz forwarded the information to the Nashville Police Department and Child Protective Services, each of which declined to launch an investigation saying not enough information was provided. CPS also told Gaubatz that the Nashville P.D. did not inform them of the tip.

Gaubatz also says that you can hear the girl mentioning her “husband” on the audio, although Detective Brooks Harris from the department rejected that allegation, saying he and his staff repeatedly listened to the audio and that she was saying the word “aunt” in her native tongue. Gaubatz says that members of the mosque did confirm they practiced polygamy.

Al-Farooq Mosque is attended by many Somali immigrants, and Islamic websites say that services are offered in Somali. Nashville alone is home to about 5,000 such immigrants, and their lack of assimilation is becoming a common complaint in Tennessee. The town of Shelbyville is the most dramatic example of this problem.

Brian Moseley of the Shelbyville Times-Gazzette has written an award-winning series about the impact of these refugees on the town of 17,000.
Moseley says that the local authorities described being frequently disrespected by the Somali immigrants, which number between 400 and 1,000, and are noticing that many become involved with gangs.

“Firefighters have told me that the Somalis refused to evacuate their apartment complex during a blaze and when they responded to alarm calls, the firemen are told to leave and that they are not welcome there…I have been told off the record that many officers are hesitant to even patrol after dark the apartment complex where the Somalis live,” he told Jerry Gordon of the New English Review.

He also reports that the school system is having some difficulty in working with them, as they “have difficulties” with females with positions of authorities, and are very demanding that the schools conform to their wishes. They often try to haggle with storeowners, and sometimes refuse to speak to female supervisors at stores, schools and hospitals.

The presence of a radical Islamic compound in Dover makes the potential for radicalization among these Somalis much more dangerous. According to unconfirmed reports received by the Christian Action Network, where I serve as a national security researcher, some of these Somalis have moved to this compound, run by a group called Muslims of America, a front for Jamaat ul-Fuqra. The residents here are followers of a radical Muslim cleric named Sheikh Mubarak Gilani, who currently lives in Lahore, Pakistan.

Residents near other compounds have reported the sounds of gunfire, and a secret videotape shows Sheikh Gilani engaging in terrorist training and instructing Muslims who wish to receive his training in “advanced Islamic military warfare” to contact his Muslims of America compounds. If these unverified reports are accurate, then Dover may be one of the locations of the Somalis who have gone missing.

These issues, of course, do not mean that all Somali immigrants are problems, but it is clear that the government needs to find better ways to assimilate those who travel to the U.S. in large numbers as refugees. As these communities grow, the U.S. may find itself with unassimilated masses asserting themselves as a state-within-a-state and over the long term, dealing with the "No-Go Zones" and their subsequent instability as seen in France. Should this happen, Americans will look to Tennessee as one of the places where it first started.

Ryan Mauro is the founder of WorldThreats.com and the Assistant-Director of Intelligence at C2I. He’s also the National Security Researcher for the Christian Action Network and a published author. He can be contacted at TDCAnalyst@aol.com.