The Doctor Will Kill You Now

The Doctor Will Kill You Now
By Daniel Allott on 4.1.09 @ 6:08AM
The American Spectator
http://spectator.org/ 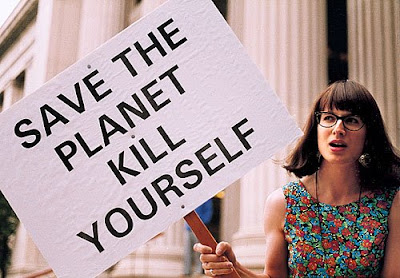 Last June in Eugene, Oregon, 64-year-old Barbara Wagner received a letter from the state-run Oregon Health Plan. Wagner, who was suffering from a recurrence of lung cancer at the time, was informed that her health policy would not cover the high cost (about $4,000 a month) of her life-extending cancer drug.

"Treatment of advanced cancer that is meant to prolong life, or change the course of this disease, is not a covered benefit of the Oregon Health Plan," stated the letter Wagner received.

But the letter informed Wagner that the plan would cover the cost -- only $50 -- of a much different treatment: doctor-assisted suicide.

"I think it's messed up," Wagner, who died in October, told reporters. "To say to someone, we'll pay for you to die, but not pay for you to live, it's cruel," she said. "I get angry. Who do they think they are?"

Such is life in Oregon, which, until recently, was the only state where physician-assisted suicide was legal.

Euthanasia occasionally resurfaces as a front-page news story. A decade ago, Jack Kevorkian made headlines when he was sent to prison for second-degree murder after assisting in a patient's suicide (though only after having assisted over 130 other patients to end their lives).

Four years ago this week, Terri Schiavo's death by starvation and dehydration caused such a stir that it provoked our current president to commit what he would later call his "biggest mistake" in the U.S. Senate by voting for legislation allowing Schiavo's family to take its case from state courts to federal courts in an effort to stop her murder.

For the most part, though, euthanasia has remained a second-tier political issue, even in pro-life circles, where it has generally been subordinate to abortion, sex education, and stem cells.

Add to these developments the perfect storm of record budget shortfalls, a looming entitlements crisis fueled by scores of millions of baby boomers on the cusp of retirement and end of life, and a president and Congress that embrace a utilitarian view of human life, and it's easy to see why euthanasia is reemerging as a top issue. This time it might be here for good.

Advocates of assisted suicide like to talk about compassion and choice. But utilitarian principles are driving the new push for euthanasia.

Environmentalists continue to speak about the threat of overpopulation. Last week, Jonathon Porritt, a top "green" advisor to British Prime Minister Gordon Brown, called for cutting in half, from about 60 million people to about 30 million people, Great Britain's population, which, Porritt said, "is putting the world under terrible pressure. Each person in Britain has far more impact on the environment than those in developing countries so cutting our population is one way to reduce that impact."

A handy way to cut down on the living is to kill off the ballooning population of elderly, who strain government-run health care schemes. Though physician-assisted suicide is officially outlawed in Britain, a recent report found that approximately 2,500 patients a year are given drugs that accelerate their death in what some are calling "euthanasia by the back door."

Last week, the British government announced that Parliament will consider a provision to allow suicide tourism, making it legal for Britons to travel to other countries to commit suicide.

In the United States, where 30 percent of Medicare spending pays for care in the final year of patients' lives, the euthanasia movement has an opportunity. The American public is ambivalent about the morality of doctor-assisted suicide. According to Gallup polling, between 2004 and 2007, the share of Americans who considered assisted suicide morally acceptable actually decreased from 53 to 49 percent, while the share that felt it was morally wrong increased from 41 to 44 percent.

But an ambivalent public won't stop those determined to put us on the road to liberalized euthanasia laws and health-care rationing. In recent years, a number of state legislatures have considered futile-care bills, which permit doctors to refuse treatment to patients even if it violates the patient's written advance directive.

Tucked inside the "there's no time to debate" stimulus bill was $1 billion for research into creating guidelines to direct doctors' treatment of difficult high cost medical problems. The provision establishes within the Department of Health and Humans Services an Office of the National Coordinator for Health Information Technology, part of whose purpose is to "reduce health care costs resulting from inefficiency, medical errors, inappropriate care, duplicative care, and incomplete information." Soon Washington will have to agree that treatment you receive is cost-effective.

Recently, American Values President Gary Bauer and I argued that the abortion movement has undergone a philosophical shift, from being "pro-choice" to "pro-abortion." Policies enacted by President Obama and the Democratic-controlled Congress force all American taxpayers to underwrite abortion at home and abroad, and the repealing of conscience provisions will compel pro-life medical professionals to participate in abortion.

The debate surrounding doctor-assisted suicide is changing in the same way. Many of its advocates have moved beyond trying to secure "the right to die." Soon the burdensome will have a duty to die.