In one of his last sermons before his death, Ayatollah Ruhollah Khomeini warned of "three threats" to his vision of Islam: the US, the Jews and women.

Two decades later, Iranian President Mahmoud Ahmadinejad thinks he has the United States and the Jews in hand - and is moving on the third "enemy."

Women were the first to demonstrate against Khomeini's regime with a mass rally in Tehran on March 8, 1979 - less than a month after the mullahs had seized power. Over the next decade, the authorities imprisoned hundreds of thousands of women for varying lengths of time, and executed thousands. 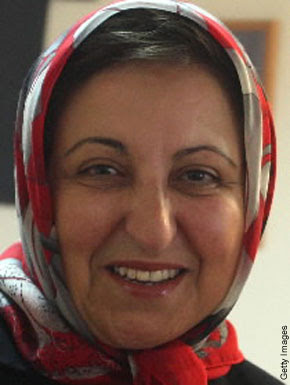 But women continued to fight a regime that deemed them subhuman. Their resistance prevented the mullahs from abrogating pre-revolutionary laws limiting gender discrimination. Thus, women succeeded in keeping their right to vote and win public office.

They also retained a veto, granted by the shah, on their husbands' Islamic right to take up to four permanent wives and countless temporary concubines.

Last June, Ahmadinejad sought to remove that veto, launching a campaign with quotations from the Prophet and the 12 Imams of Shiite Islam to prove that men who took many wives would have a fast track to paradise.

To make polygamy practically impossible, a law predating the revolution required men seeking added wives to prove that they're financially capable of running more than one household. Since few can meet that condition, the number of Iranian men with more than one wife had fallen to a few hundred before the mullahs seized power.

And most of those polygamists were mullahs or wealthy bazaar merchants associated with them.

Last month, Ahmadinejad presented a draft bill designed to "re-Islamicize" the status of women. He claimed that the shah had used laws inspired by "Zionist-Crusaders" to deal with women's issues.

His new law would restore men's Islamic right to divorce their wives without even informing them. Men would also be absolved from paying alimony.

In exchange, they'd be required to pay a mahrieh (a severance payment, whose amount is set in the marriage contract) to a wife they wish to divorce. But the draft law also plans a hefty government tax on the mahrieh. So a divorced woman left with no alimony and no resources except her mahrieh could end up losing most of that to the government. "This text is designed to return women to the dark ages," says Sousan Tahmaspi, a spokesperson for the campaign against the law.

To prevent the law's passage, women have been holding meetings nationwide, and launched a campaign to collect a million signatures in support of gender equality.

This week, their campaign seemed to have produced some results: The speaker of the Islamic Consultative Assembly, Iran's ersatz parliament, opted to delay formal debate on the measure.

"The text has not been withdrawn," a spokesman for Ahmadinejad said Monday. "It will be debated when we have a calmer atmosphere." To get that "calm," the regime has launched a crackdown against women's-rights groups. This week, four leading campaigners (Pari Ardalan, Nahid Keshavarz, Maryam Hussein Khah and Zhaleh Javaheri) got sentenced to six months in prison in what their lawyers call "kangaroo courts." A fifth campaigner, Zeinab Bayazidi got a four-year sentence.

And at least five women's-rights advocates have gone missing. One, Solmaz Igdar, was abducted on her way home in Tehran, her family says.

The Khomeinist propaganda machine seeks to portray the women's movement as part of a plot by "Zionists and Crusaders" to undermine Islam. In recent days, government media have published claims linking Shirin Ebadi, the Nobel Peace Prize winner who has spoken in support of the women's movement, to the Bahai faith, a religion banned by the regime. This is a deadly threat: To abandon Islam for another faith carries a death sentence.

"Free people everywhere should speak out in support of Iranian women," says Tehran feminist Haydeh Karimi. "The proposed law is the thin end of a wedge. Ahmadinejad wants women out of universities and public life. He thinks he can curb mass unemployment by forcing women out of work, giving their jobs to men."
Posted by jtf at 8:43 AM