A Whole Lot of America 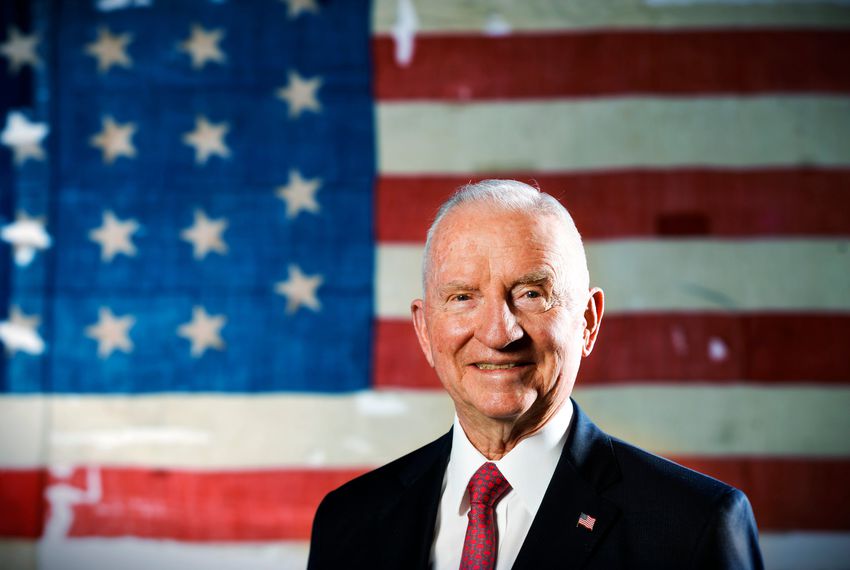 
We’re in an era of frantic, “historic” presidential elections. In their book Game Change, John Heilemann and Mark Halperin called the 2008 election “the race of a lifetime,” and it seemed so, with Barack Obama battling with Hillary Clinton in a dramatic Democratic primary before finally securing the nomination—then going on to become America’s first black president by beating John McCain in November, after a general election cycle that also saw the introduction of Sarah Palin. Yet 2008 seemed tame by comparison eight years later, when Donald Trump and Hillary Clinton, the two most disliked presidential candidates that anyone could remember, warred in a year-long race that crossed modern Rubicons for nastiness and culminated in an Election Night shocker that evoked 1948. Even the 2000 race, while dull in its particulars, delivered an unmatchable final act: an electoral deadlock, a month-long recount, a Supreme Court ruling to decide the matter.
Often overlooked in this catalogue of thrills (if one wants to call them that) is the 1992 contest, which, nearly 30 years on, looks more prophetic than any other recent election cycle, as it foreshadowed the populism and anti-systemic politics that have become so prominent today. In the Democratic primaries, the last man standing in Bill Clinton’s path to the nomination was former and not-yet-future California governor Jerry Brown, who, talking protectionism and wearing a union jacket while soliciting donations with an 800 number, played the Bernie Sanders role, but with a twist—Brown supported a flat tax. Playing the Donald Trump role—in fact, forging the Trump coalition—was Patrick Buchanan, who challenged President George H. W. Bush for the Republican nomination and lost, but not before highlighting the issues that Trump would ride to victory 24 years later: free-trade skepticism, border control, American national identity.
Buchanan and Brown were gone when the primaries were over, but the 1992 election’s most distinctive character (and Trump’s true precursor) would stay around to the end, garnering enough support that he earned a place in October on the debating stage with Clinton and Bush: businessman H. Ross Perot, who died yesterday at 89. Perot was the citizen politician whose seemingly offhand remark to Larry King about running for president set off a frenzy of interest and support. Even in 1992, legions of Americans didn’t love either party, and many fell hard for Perot, a Texas billionaire who, as founder and CEO of Electronic Data Systems and later Perot Systems, was one of the wealthiest men in the United States—especially since Perot promised, in one of his many homespun witticisms, to “clean out the barn” in Washington, a gentler version of Trump’s later “drain the swamp.” At other times, Perot would ask: “How stupid do they think we are?”
For a time, Perot led Bush and Clinton in the polls, and it seemed plausible that he could become America’s first independent president. Then, inevitably, the swamp, or the barn, began to envelop him: a man accustomed to being listened to, not shouted at, Perot struggled to field hostile questions from journalists and town-hall voters. He disliked the relentless scrutiny of his life, career, and ideas, and especially the impact this had on his family. He revealed himself as thin-skinned and prone to conspiratorial thinking. His poll numbers headed south, and he dropped out of the race in early summer.
Then he changed his mind and came back, just in time for the post-Labor Day race to the finish line. Showing the genuine appeal of his compelling if often vague message, Perot shot from 7 percent in the polls before the debates began to 19 percent on Election Day, a remarkable gain in such a short period. Nearly 20 million Americans pulled the levers for him, making him the most successful independent presidential candidate of the modern era.
His performance in the debates was a big reason why: here was a completely untrained amateur politician squaring off against a sitting president and an uber-debater who had spent most of his adult life preparing for these competitions. Yet Perot was at ease on stage, never fumbling for answers (as did his unfortunate running mate, the immensely heroic James B. Stockdale, in the vice-presidential debates), and always ready with a good quip. Yet he wasn’t all quips. Here was his answer, in the first debate, to a question on whether he had the proper experience for the presidency:

In the third debate, addressing the issue of whether he could win, Perot said: “Now, you got to stop letting these people tell you who to vote for, you got to stop letting these folks in the press tell you you’re throwing your vote away—you got to start using your own head.”
Like many third-party candidates, Perot railed against “gridlock” as if it were the product of small-minded stubbornness and not ideological disagreement among the representatives that the people themselves had elected. He sold a pleasing vision of “problem-solving” divorced from thorny political realities. Nonetheless, this kind of rhetoric has always been game, set, and match in presidential debates—and for Perot, it wasn’t rhetoric. It was the way he spoke. It was old-fashioned American can-do talk, leavened with a Texas drawl and a sense of humor, and even those who couldn’t bring themselves to vote for him enjoyed the show.
And it wasn’t all show. Though Perot became, almost effortlessly, a classic political performer, behind the presidential run and the infomercial charts and the caricatures and impersonations lay a life that evokes cherished American notions about hard work and ingenuity, about devotion to country and family. The motif of striving—and succeeding—ran through his life. He started his work career at age seven, selling garden seeds door to door, later graduating to paperboy for The Texarkana Gazette, which he delivered on horseback. He was an Eagle Scout at the tender age of 12. He was president of his Naval Academy class. As an IBM salesman, he once made his annual quota in three weeks. At EDS and later Perot Systems, he ran a tight and hugely successful ship. Like some other business pioneers, he was a moral traditionalist, imposing strict dress codes and rules against marital infidelity. His devotion to his own family was well known.
All this Americans saw in 1992—not just the alluring performer’s persona. In the final presidential debate, Perot closed by saying: “To the American people, I’m doing this because I love you.” A sappy political line? Maybe. But tell that to the servicemen and POWs for whom Perot spent countless hours and dollars advocating. In 1969, he chartered two jet airliners, filled them with food and medicine, and flew them to Vietnam, in an attempt to bring aid to American prisoners there. In 1979, he famously engineered, with the help of a retired army colonel, a rescue of two of his company’s employees from an Iranian prison. And tell it to the people who voted for him in 1992, many of whom saw his deficiencies but responded to his campaign’s unspoken theme: that America was great but wouldn’t remain so forever if we stood on the sidelines and let political elites squander our inheritance.
“He was a real Texas legend,” a colleague said, via email. “He has a huge footprint in Dallas–Fort Worth.” That’s for certain. But if there’s a whole lot of Ross Perot down in Texas, it’s also true that there was a whole lot of America in Ross Perot.
Paul Beston is the managing editor of City Journal and author of The Boxing Kings.
Posted by jtf at 5:59 AM