In Defense of Women’s Sports 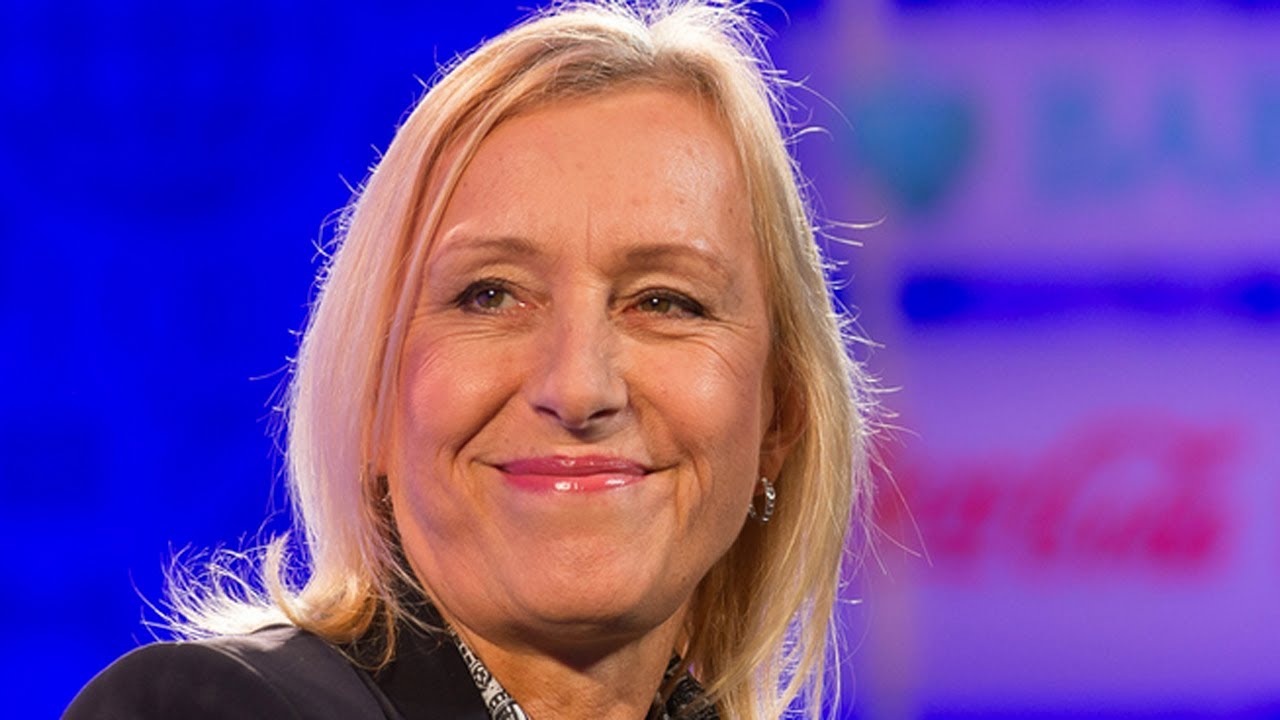 Martina Navratilova, nine-time Wimbledon singles champion and longtime LGBT advocate, caused controversy last week when she wrote for the Sunday Times of London that it’s “insane” and “cheating” to permit biological males who declare themselves to be trans women to compete against women in women’s sports. She wrote:

A man can decide to be female, take hormones if required by whatever sporting organisation is concerned, win everything in sight and perhaps earn a small fortune, and then reverse his decision and go back to making babies.

Navratilova added that, as a lesbian, she is sensitive to feelings of sexual minorities and has no issue with addressing a transgender woman according to preference. Nevertheless, she draws a “critical distinction” between transsexualism and transgenderism. Indeed, she herself had a transsexual coach and friend — Renee Richards — and Richards now shares Navratilova’s concerns about transgenderism as it relates to women’s sports.
Navratilova also drew an even more critical distinction: intersex conditions. In her article, she pledged support for Caster Semenya, the Olympic 800-meter champion, who is female but has a rare condition that results in naturally high testosterone levels, and who is challenging the International Association of Athletics Federations at the Court of Arbitration for Sport after they introduced a rule requiring her to take hormone therapy.
So far, so uncontroversial — one would think. But apparently not.
Within days of the article’s publication, Athlete Ally, a New York–based LGBT-rights organization, expelled Navratilova on the grounds that her “recent comments on trans athletes are transphobic, based on a false understanding of science and data, and perpetuate dangerous myths.” Chase Strangio of the ACLU, a trans activist, told The Nation that “Athlete Ally’s decision was absolutely, 100 percent correct.” The chief sportswriter of the U.K.’s Independent cited “the flimsy and poorly-understood relationship between testosterone and elite performance” and added a rather whoppingly sexist digression besides:

Let’s say the floodgates do open. Let’s say transgender athletes pour into women’s sport, and let’s say . . . they dominate everything they touch. They sweep up Grand Slam tennis titles and cycling world championships. They monopolise the Olympics. They fill our football and cricket and netball teams. Why would that be bad? Really? Imagine the power of a trans child or teenager seeing a trans athlete on the top step of the Olympic podium. In a way, it would be inspiring.

Men are physically stronger than women, on average. A study in the Journal of Applied Physiology found that men had an average of 26 lbs. (12 kilograms) more skeletal muscle mass than women. Women also exhibited about 40 percent less upper-body strength and 33 percent less lower-body strength, on average, the study found.
The researchers found that height and weight differences between men and women could explain only about half of the difference in strength. Researchers reporting in 1993 in the European Journal of Applied Physiology found that men’s brawn could also be attributed to a larger cross-section in individual muscle fibers.

And a 2006 study in the same journal revealed that men had much stronger grips than women — the difference was so big that 90 percent of the women scored lower than 95 percent of the men. The team also looked at highly trained female athletes who excelled at sports requiring a strong grip, such as judo or handball. Though these women did have a stronger grip compared with other women, they still performed worse than 75 percent of the men on this task.
In general, men are also faster than women. The fastest woman in the world, Florence Griffith Joyner, ran the 100-meter dash in just 10.49 seconds in 1988, and that record remains unbroken. Yet her fastest time wouldn’t have even qualified her for the men’s 2016 Olympic competition, which requires competitors to finish the 100-meter sprint in 10.16 seconds or less.

All this is obvious, of course, to those of us with eyes that see and minds capable of critical thought. But the effect of ideology on eyes and minds should not be underestimated.
Take Representative Ilhan Omar (D., Minn.), for instance, who called on Minnesota attorney general Keith Ellison to investigate USA Powerlifting for its ban on transgender women (biological males) competing against biological females. Omar asserted that the belief in a “direct competitive advantage” of these males was a “myth.”
Really Ms. Omar, is that so? Again, from the Times of London:

Lauren Jeska, a transgender woman, won four English and British fell running championships. After officials asked to test her hormone levels, she attacked three with a knife and is serving 18 years for attempted murder.
Laurel Hubbard, a New Zealand weightlifter, set junior male records before transitioning at 35. She won 2017’s Australian Open and was expected to take Commonwealth Games gold last year, until injury made her withdraw.
Hannah Mouncey played 22 times for Australia’s male handball team before transitioning in 2015–16 and joining the women’s side. She also plays Australian rules football but was banned from the women’s league.

Transgender athletes finished first and second at the Connecticut girls’ indoor track championships. I wonder how the girl who finished third felt?
Most likely she felt similar to the bronze medalist in the cycling world title, Jen Wagner-Assali, who lost to Rachel McKinnon — a male who identified as such until the age of 29. Wagner-Assali wrote on Twitter that McKinnon winning first place was “not fair.” But after sustained pressure from McKinnon, she apologized.
In December, Navratilova tweeted: “You can’t just proclaim yourself a female and be able to compete against women. There must be some standards and having a penis and competing as a woman would not fit that standard.”
McKinnon was not pleased by this and began a tirade against Navratilova. In her Sunday Times essay, Navratilova describes this behavior as bullyish and argues that, while she feels able to take a stand, she worries that other women will be “cowed into silence or submission.”
Likewise, when a spokesperson for the organization Fair Play for Women (FPFW) was invited by the BBC to discuss Navratilova’s comments about trans participation in female sport, McKinnon wrote on Twitter: “I will not participate in a discussion panel that takes them [FPFW] seriously and gives them a platform.”
FPFW were then disinvited by the BBC, and McKinnon boasted about having the platform to himself. Dr. Nicola Williams, director of FPFW and a research scientist specializing in human biology, told National Review:

Slurs [like “transphobia”] get in the way of the collective good and the public are not hearing the full range of views. Sensible media outlets are backing away. Sensible people are fearful of discussing the issues. Bully-boy tactics like this must be called out and not allowed to stifle the calm and rational discussion that’s needed to find a resolution.

https://www.city-journal.org/martina-navratilova-trans-athletes
Posted by jtf at 9:55 AM