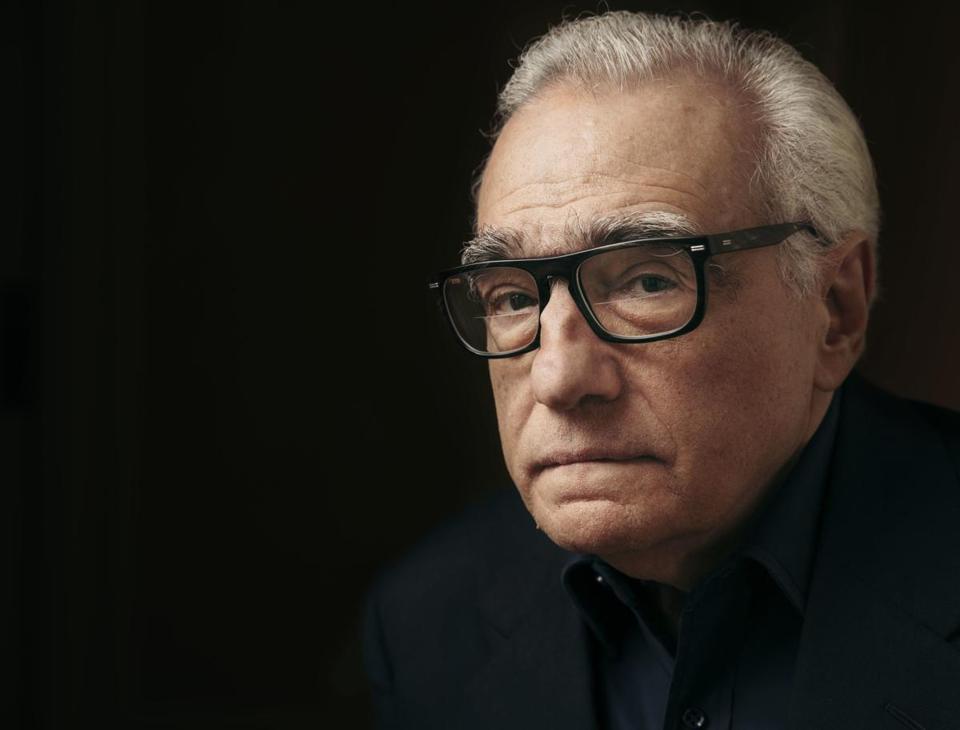 VICTORIA WILL/INVISION/AP
Martin Scorsese’s Manhattan office, in a midtown building a few blocks northwest of the cordoned-off Trump Tower, may be the most concentrated bastion of reverence for cinema on the face of the Earth.
There’s a small screening room where Scorsese screens early cuts of his films and classic movies for his daughter and his friends. There’s his personal library of thousands of films, some he taped himself decades ago. Film posters line the walls. Bookshelves are stuffed with film histories. And there are editing suites, including the one where Scorsese and his longtime editor Thelma Schoonmaker regularly toil with a monitor dedicated to the continuous, muted playing of Turner Classic Movies.
“It’s a temple of worship, really,” says Schoonmaker.
Scorsese’s latest, Silence, may be the film that most purely fuses the twin passions of his life: God and cinema. Scorsese, who briefly pursued becoming a priest before fervently dedicating himself to moviemaking, has sometimes seemed to conflate the two.
Silence is a solemn, religious epic about Jesuit priests (Andrew Garfield, Adam Driver) in a violently anti-Catholic 17th-century Japan. Scorsese has wanted to make it for nearly 30 years. He was given the book it’s based on, Shusaku Endo’s 1966 novel, by a bishop after a screening of his famously controversial The Last Temptation of Christ in 1988.
Silence is an examination of belief and doubt and mysterious acts of faith. But making the film was such an act in itself.
“Acting it out, maybe that’s what existence is all about,” Scorsese says of his faith. “The documentary on George Harrison I made, Living in the Material World, that says it better. He said if you want an old man in the sky with a beard, fine. I don’t mean to be relativist about it. I happen to feel more comfortable with Christianity. But what is Christianity? That’s the issue and that’s why I made this film.”
It wasn’t easy. Scorsese, 74, may be among the most revered directors in Hollywood, but Silence is almost the antithesis of today’s studio film. To make it Scorsese had to drum up foreign money in Cannes and ultimately made the film for about $46 million. Everyone, including himself, worked for scale.
Few today are making movies with the scope and ambition of Silence — a fact, he grants, that makes him feel like one of the last of a dying breed in today’s film industry.
“Cinema is gone,” Scorsese says. “The cinema I grew up with and that I’m making, it’s gone.”
“The theatre will always be there for that communal experience, there’s no doubt. But what kind of experience is it going to be?” he continues. “Is it always going to be a theme-park movie? I sound like an old man, which I am. The big screen for us in the ’50s, you go from Westerns to Lawrence of Arabia to the special experience of 2001 in 1968. The experience of seeing Vertigo and The Searchers in VistaVision.”
Scorsese points to the proliferation of images and the over-reliance on superficial techniques as trends that have diminished the power of cinema to younger audiences. “It should matter to your life,” he says. “Unfortunately the latest generations don’t know that it mattered so much.”
Scorsese’s comments echo a tender letter he wrote his daughter two years ago. The future of movies, he believes, is in the freedom that technology has yielded for anyone to make a movie.
“TV, I don’t think has taken that place. Not yet,” adds Scorsese, whose Boardwalk Empire was lauded but whose high-priced Vinyl was cancelled after one season. “I tried it. I had success to a certain extent. Vinyl we tried but we found that the atmosphere for the type of picture we wanted to make — the nature of the language, the drugs, the sex, depicting the rock ‘n’ roll world of the ’70s — we got a lot of resistance. So I don’t know about that freedom.”
Since the election of Donald Trump, some have expressed hope for a return to the kind of ’70s filmmaking Scorsese is synonymous with.
“If the younger people have something to say and they find a way to say it through visual means as well as literary, there’s the new cinema,” says Scorsese. But the current climate reminds him more of the ’50s of his youth. “I’m worried about double-think or triple-think, which is make-you-believe you have the freedom, but they can make it very difficult to get the picture shown, to get it made, ruin reputations. It’s happened before.”
Silence, which Scorsese screened for Jesuits at the Vatican before meeting with the Pope, remains a powerful exception in a changing Hollywood.
“He wanted to make this film extremely differently from anything out there,” says Schoonmaker, Scorsese’s editor since Raging Bull. “He’s just tired of slam-bam-crash. Telling the audience what to think is what he really hates. Trying to do a meditative movie at this point, in this insane world we’re in now, was incredibly brave. He wanted to stamp the film with that throughout: the pace, the very subtle use of music.


“How many movies start without music at the very beginning under the logos?” she adds. “He said, ‘Take out all that big Hollywood.”‘
Scorsese, apostle of cinema, continues the fight. His Film Foundation has helped restore more than 750 films. And he regularly pens supportive letters to young directors whose films he admires.
Imagine that in your mailbox. Almost like getting a letter from your god.