Obama Flouts the Rule of Law

A new prison scheme could enable him to close Gitmo. 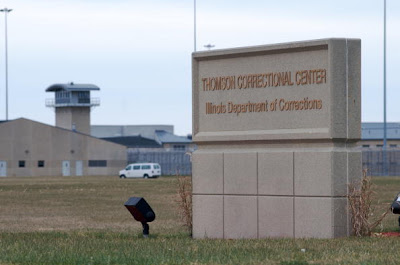 Mona Charen had a characteristically great column Tuesday about President Obama’s illegal welfare policy. The president purports to be unbound by federal welfare law, which imposes work requirements on welfare recipients. The Washington Times reports that “such activities as motivational reading, housework, weight loss, and journaling” will now qualify for exemption from work requirements.
There is nothing new about this sort of thing. As Mona points out, “It’s old news that Obama has contempt for the rule of law. He’s declined to ‘take care that the laws be faithfully executed’ on many subjects: immigration, the Defense of Marriage Act, labor laws, and environmental rules, among others.”

To take yet another example, Congressman Steve King of Iowa observes that Obama has serially flouted the federal law that requires the president to submit a plan to address Medicare’s fiscal health if, as long ago happened, the program’s trustee issues an insolvency warning. The president does not even deem himself obliged to follow the health-care law he famously championed, imperiously issuing numerous “waivers” to excuse non-compliance. He asserts executive privilege frivolously to stonewall Congress’s investigation of his Justice Department’s Fast and Furious program. In addition, he flouts the Constitution’s requirement that Congress actually be in recess before a president can make recess appointments.

I could go on, but you get the point. Now, the Constitution provides Congress with powers to rein in a lawless president. Congress can cut off funding to the executive branch. It can impeach if the lawlessness is serious enough.

The current Congress, however, has partisan Democrats running the Senate. They just encourage Obama’s skirting of the law because they agree with his policies. The House, on the other hand, is run by Republicans, but they are afraid to use their “power of the purse” to pressure the White House into lawful behavior. The Constitution requires all revenue bills to originate in the House, a requirement the House has traditionally construed to extend to all spending bills. Republican leadership would have you believe that out-of-control government spending is on autopilot. GOP leaders want you to think that, when an executive agency like the Justice Department goes rogue, they are simply powerless to start slashing its budget. But the spending and the taxes necessary to support executive malfeasance can happen only with the House’s complicity. Lawmakers have the power to stop this stuff, they just lack the will.

In short, President Obama has sized up Capitol Hill and knows full well that he is not going to be reined in. The welfare-law “waivers” are only the latest result. Unless you are dealing with a person who feels a moral obligation to conduct himself lawfully, the rule of law obtains only when it is demonstrated that lawlessness will not be tolerated. That is not the case here.

This is worth considering for a wide variety of reasons. The one I want to focus on at the moment is the jail in Thomson, Ill.

You may recall Thomson as a white-elephant state prison outside Chicago. Democrats in Obama’s home state spent a king’s ransom on it even though it was patently not needed. It is thus a virtually empty “state of the art” prison. That should surprise no one, since influential Illinois voices — such as community-organizer-turned-politician Barack Obama and terrorist-turned-academic Bill Ayers — have spent much of their time arguing that felons should not be sent to prison, anyway.

President Obama had a scheme. He wanted to fulfill his commitment to close the jihadist violent-extremist detention facility at Gitmo and ship stateside the remaining detainees — of whom there are now about 168. Thomson would let him kill two birds with one stone: First, he could bail out his fellow Illinois Democrats, whose governance has driven the state into insolvency, by having debt-ridden Uncle Sam fork up over $160 million to take the prison equivalent of a bridge to nowhere off their hands. Next, he could close Gitmo by transferring the remaining detainees there — which would entail spending even more millions to convert Thomson into a high-security facility fit to hold trained terrorists. And all this, notwithstanding that we have already spent hundreds of millions of taxpayer dollars to make Gitmo a perfect fit for our needs.

The president’s scheme did not work — at least, it has not worked yet. There was intense congressional opposition to closing Gitmo and moving the terrorists inside our country. And for once, Congress went beyond toothless bloviating: It backed its opposition up with legislation that bars the executive branch from using congressionally appropriated funds to transfer the detainees into the U.S.
Yet once again, the administration and congressional Democrats, particularly Senator Dick Durbin of Illinois, are stepping up pressure to have the federal government buy Thomson. They claim that this is no longer about moving the terrorists — no one, they assure us, is trying to do that anymore. Now, we’re to believe this is just another Keynesian stimulus — as if, after hundreds of billions of failed stimulus, that somehow makes it all okay. Thomson is being hyped as a way to “create jobs” in Illinois. Proponents also contend that a federal purchase will address what is suddenly framed as a “crisis” in federal-prison overcrowding. Funny — the reason Thomson was built in the first place is that these same Illinois pols claimed there was a crisis in state-prison overcrowding. Yet, Thomson lies empty.
Durbin and other Democrats are squeezing Frank Wolf of Virginia, the Republican who chairs the powerful House Appropriations Committee. Representative Wolf has also always been strong when it comes to American security against the terrorist threat. He is blocking the federal purchase of Thomson. It makes no economic sense for Illinois’s fiscal recklessness to be socialized onto the rest of the country, particularly when we’ve already paid for Gitmo and when Leviathan is even more of a fiscal basketcase than the Land of Lincoln. Moreover, it makes no national-security sense to give Obama a golden invitation to close Gitmo and transfer terrorists into the country once the election is over.

On that latter point, it is contended that the administration understands that Congress opposes the transfer of trained-terrorist enemy combatants into the country, and that the Justice Department has thus abandoned this plan. Don’t believe it.

The Obama administration is not pushing this hugely unpopular initiative now — for the same reason that it arranged for many of its other agenda items, including the phase-in of Obamacare and the phase-out of the Bush tax cuts, to be postponed until after the election. If Obama had to run on the things he wants to do, he could not win. Shrewdly, he has tried to take them off the table, figuring that Republicans are too inept and timid to make them into campaign issues.

But remember this: When Obama signed the legislation banning him from transferring the detainees into the country, he did so under protest. As a senator and as a presidential candidate, he objected strenuously to President Bush’s use of “signing statements.” These were proclamations, made when Bush signed laws, that certain aspects of the legislation were deemed by the executive branch to be unconstitutional and unenforceable. As president, Obama has not only muted his criticism of signing statements, he has resorted to them. In that vein, he and his Justice Department have argued that congressional attempts to prohibit him from transferring alien enemy combatants into our country are invalid.

Yes, Obama is claiming, in order to kill Gitmo as a campaign issue, that he has no present intention of transferring the prisoners into the United States. But make no mistake that his formal position is that he has the power to do it and that he thinks it should be done.

Congressional Republicans ought to be rallying around Wolf. And the Romney campaign should not be letting Obama lie low in the tall grass on this one. The public strongly supports keeping Gitmo open and keeping terrorists out of the country. The issue presents Romney with an opportunity both to show how extreme Obama is and to remind Americans of all the time bombs that could go off after November 6, once Obama no longer has to worry about being punished at the ballot box for acting on his worst instincts.

This is a renegade presidency. If Obama decides that he is going to put these terrorists on a plane and fly them into the United States, what is going to stop him? A law? Are you kidding? There is only one thing that might stop him: Congress’s refusal to purchase Thomson or some similar space that would give him a place to stash them.

To be blunt, I am not sure that will stop him, either. There are only 168 prisoners left. He has cleared about 60 of them for release now — meaning he just has to find countries willing to take them. And with the “Arab Spring” in bloom, there may soon be a number of countries that would happily accept the terrorists as heroes. Indeed, Egypt’s new, American-endorsed Islamist president is already agitating for the Blind Sheikh to be released and repatriated.

There is every chance that, if Republicans do not accede to Democratic demands that Thomson be bought from Illinois, Obama will attempt to close Gitmo anyway, by releasing the detainees to willing Islamic countries. That could happen regardless of who wins the election. Even if he loses, Obama will have ten weeks as president to make a great deal of mischief. Congress has virtually no ability to stop him from releasing enemy combatants to foreign countries.

But that hardly means Congress should make it easy on Obama and the Left. Republicans should stand up and say “No way” to Thomson. And Governor Romney must smoke Obama out now on his post–November 6 intentions. Of course, no commitment Obama makes now in order to get himself elected will be enforceable once the election is over. Forcing the president to discuss these time bombs and make commitments, however, would hammer home to voters just how much is at stake on Election Day. It would also make it more difficult politically for Obama to act on his worst instincts in the ten weeks between Election Day and January 20, 2013.

— Andrew C. McCarthy is the author, most recently, of The Grand Jihad: How Islam and the Left Sabotage America.
Posted by jtf at 5:30 AM