The unveiling of pictures of planned luxury residential towers scheduled to be built in Seoul, South Korea, has sparked instant controversy. The reason is obvious. The towers, which include a so-called “cloud” feature connecting them around the 27th floors, clearly resemble the World Trade Towers in the process of collapsing following the 9/11 attacks. 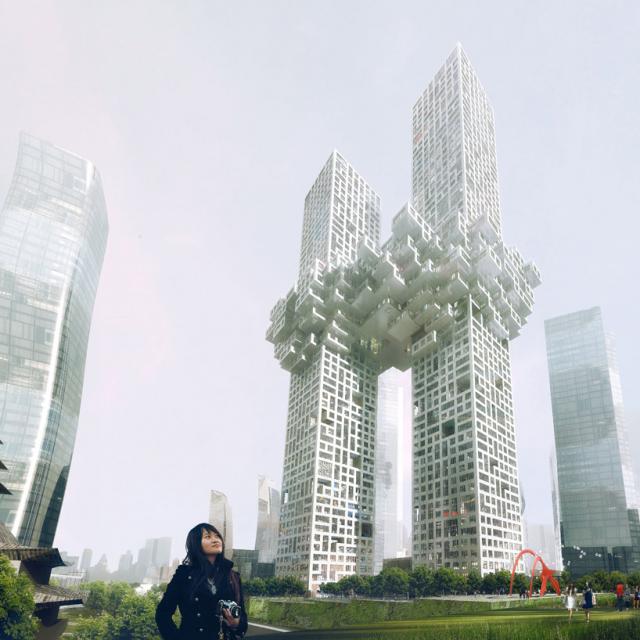 The designers of the towers, Dutch architectural firm MVRDV, have responded to the controversy by quickly publishing an apology in English. “It was not our intention to create an image resembling the attacks,” the designers insist, “nor did we see the resemblance during the design process.”
They did not see the resemblance during the design process? The problem with this assertion – apart from its inherent implausibility – is that they have admitted the contrary in Dutch. Thus Jan Knikker of MVRDV told the Dutch newspaper Algemeen Dagblad, “I have to admit that we also thought of the 9/11 attacks.”
Moreover, given the context, the MVRDV architects could hardly have not thought of the 9/11 attacks. The residential towers, after all, are supposed to be built at the entrance to the so-called Yongsan Dream Hub: a complex of business towers that has been designed by none other than Daniel Libeskind, the designer of the original “master plan” for the reconstruction of Ground Zero. Indeed, as the below image from Studio Daniel Libeskind makes clear, Libeskind’s Yongsan Dreamhub “master plan” closely resembles his original “master plan” for lower Manhattan. 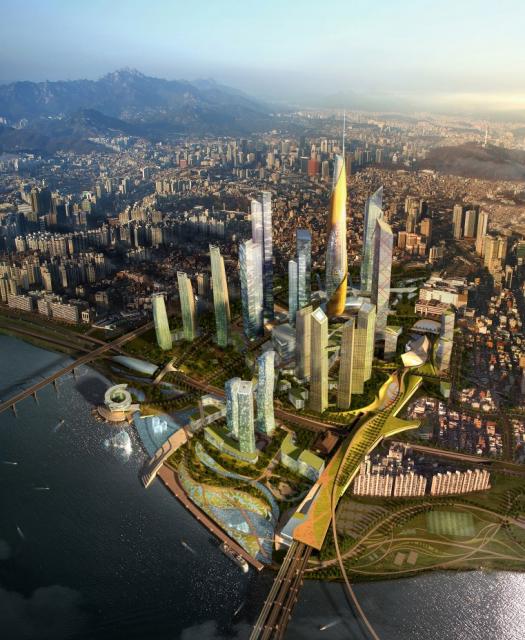 John Rosenthal writes on European politics and transatlantic security issues. You can follow his work at www.trans-int.com or on Facebook.
Posted by jtf at 6:16 AM

Email ThisBlogThis!Share to TwitterShare to FacebookShare to Pinterest
Labels: 9/11/01, Europe

This will provide benefits Global business under one roof, building further Jaipur as an international trade capital of the country.