Do We Need Big Government?

Government has gotten so big that it sustains most of our activity. 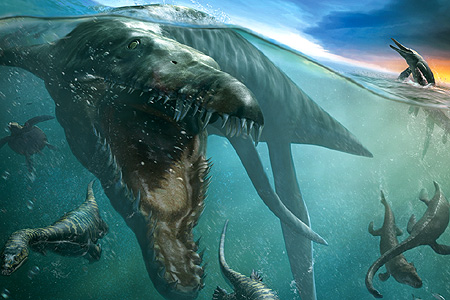 As Congress nears approval on a series of 2011 appropriations bills (only three months late, a near-record for recent history), Rep. Sander Levin (D., Mich.) told Fox News that he was encouraged by progress on the bills because “we’re dealing with the lives of people. Those appropriation bills relate to the daily lives of people in middle class of America, and that’s really what this is all about.”

Yet, if that is true, and so many Americans have become dependent on the decisions of federal appropriators in Washington, there seems to be something distinctly wrong.

During the 2011 debate over raising the debt ceiling, President Obama noted that the U.S. federal government sends out 70 million checks every month. Unfortunately, that is probably an underestimate. According to the Washington Post, the president’s estimate included Social Security, veterans’ benefits, and spending on non-defense contractors and vendors. But he did not include reimbursements to Medicare providers and vendors, or electronic transfers to the 21 million households receiving food stamps. (Nor did he include most spending by the Defense Department, which has a payroll of 6.4 million active and retired employees and pays nearly 1 million invoices and 660,000 travel-expense claims per month.) The actual number of monthly federal checks might be closer to 200 million.

Government payouts now account for more than a third of all wages and salaries in the United States. Worse, if one includes government employees’ salaries, more than half of Americans receive a substantial portion of their income from the government. The government provides welfare to the poor, of course — 126 separate anti-poverty programs. But it also provides corporate welfare to the rich. The Cato Institute estimates that the federal government provides at least $92 billion in direct grants and subsidies to businesses each year. It even provides regular welfare to the rich. According to a new report from Sen. Tom Coburn, 2,362 millionaires received unemployment benefits in 2009.

Our federal government taxes money from young people to provide for the retirement of old people. And then takes money from old people to provide for the education of young people. We pay subsidies to everyone from farmers to solar-panel manufacturers. People talk about America’s free-market health-care system, but government pays for more than half of all health-care spending in this country.

Federal-government spending now consumes roughly a quarter of all the goods and services produced in this country over the course of a year. Throw in state- and local-government spending, and it’s more than a third. And, according the Congressional Budget Office, unless there is a drastic change in our current policies, we are on course for government to consume nearly 60 percent of GDP by mid-century.

And President Obama believes that government is still too small?

Increasingly, government is seen as the source of prosperity and the solution to all problems. Government creates jobs. Government provides medical care, food, shelter, even an income. Government regulates our morals and defines our virtues. Every good idea becomes a call for a new government program. Civil society, including business and private charity, is relegated to the sidelines, treated with suspicion at best, and often outright hostility.

But, at some point, one has to ask: Has our national character become so degraded that farmers cannot farm, businesses cannot innovate, doctors cannot treat you, and charities cannot care for those in need without some sort of government intervention? And at what point do we simply cease to be a society of free individuals and instead become little more than wards of the state?

Perhaps this is why, according to a Gallup poll taken earlier this month, 64 percent of Americans believe that big government is a bigger threat to the future of this country than big business (26 percent) or big labor (8 percent).

And it certainly is something that might be worth thinking about the next time a political candidate says that he or she has a great new idea for how the federal government can do something else for us.

— Michael Tanner is a senior fellow at the Cato Institute and author of Leviathan on the Right: How Big-Government Conservatism Brought Down the Republican Revolution
Posted by jtf at 10:20 AM