End Of An Era

Why is a Bluray upgrade of From Here to Eternity that was supervised by Sony's Grover Crisp in '09 still without a firm release date (sometime in early '12 is the best guess so far)? Why does Paramount refuse to even talk about producing a mint-condition Bluray of the breathtakingly beautiful Shane, one of the jewels in the Paramount crown? Why did it take personal pressuring by Steven Spielberg before Paramount honcho Brad Grey agreed to fund the full-boat restoration of the three Godfather films?

And why right now are there only three Hollywood-based, studio-berthed restoration guys who are serious Movie Catholics and plugging away at trying to bring out tip-top Bluays from the cream of their libraries -- Paramount's Ron Smith, 20th Century Fox's Schawn Belston and Sony's Crisp?

I'll tell you why. Because the classic-film Bluray market is withering and perhaps even drawing to a close. (I'm not saying "dead" because it thankfully hasn't come to that...yet.) High-def classics will return, I suspect, when and if high-speed digital download technology improves. But Bluray is almost certainly down for the count. This is nothing short of an earthquake-level development, and one worth pondering just before the start of Hollywood's TCM Classic Film Festival (4.28 through 5.1), which is probably the most important celebration of classic films going on right now in this country.

For the last 25 years or so the elite film-buff culture has had a relatively steady stream of classic films being restored, remastered and replicated out on the most advanced format of a given time -- laser discs from the late '80s to the late '90s, DVDs from '97 until three or four years ago, and Blurays ever since. But these days classic titles aren't selling like they used to (Warner Home Video's Gone With The Wind and Wizard of Oz Bluray restorations costs mllions and failed, I'm told, to turn a profit), and those in positions of power in the Bluray distribution business aren't about to risk their jobs by pushing for restored Bluray titles that might financially fizzle. And those who get occasional work from these same people are loath to say anything for fear of being blacklisted...omerta.

The result is that potential first-rate Bluray upgrades of many fine classic films are either being ignored or on hold, in large part because they cost too much to restore and/or remaster and market and distribute. Fewer and fewer classic titles are likely to appear until -- this is key -- digital home delivery becomes fast and fibre-optic enough that 1080p films can be downloaded in a short period of time, and then classic titles can be sold without heavy marketing, manufacturing and physical distribution costs. 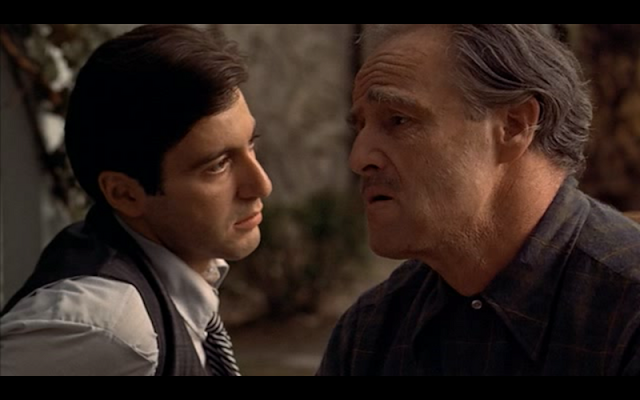 But when and if this happens (five years from now? ten?) you can forget about savoring making-of docs and commentary tracks and in fact owning several of these films and holding them in your hands. Physical ownership of great films has been a fact of my life since the mid to late '80s and now it's coming to an end. That whole tradition is (for the time being at least) winding down, and speaking as a Movie Catholic and one who has savored high-end restorations and remasterings for 20 or 25 years I feel personally devastated and appalled.

As one post-production and restoration veteran says, "The situation's not so bad...a lot of these films are going to look great on an iPhone."

Don't kid yourself -- this is nothing short of a tragic development in terms of the soul and necessary spiritual replenishing of the film industry.

Why? Because the truly great Hollywood classics need to be remastered and represented to the public in the finest possible way in order to keep the faith going and the religion of film kept as a vital cause. I'm talking about maintaining a ritual that, in its own realm, is no less necessary or important than ministers and priests keeping alive the memory of a certain Judean wanderer and preacher through Holy Communion.

Those who believe in the transformative power of film need to pay tribute to the legacy of classic films and keep alive visions of the best that Hollywood has produced over the last several decades, and they need to support those who know how to restore and remaster classic films in order to remind everyone how good Hollywood films of the '20s, '30s, '40s, '50s and '60s used to look and sound in state-of-the-art first-run theatrical engagements...before they were downgraded by inferior home-video transfers. 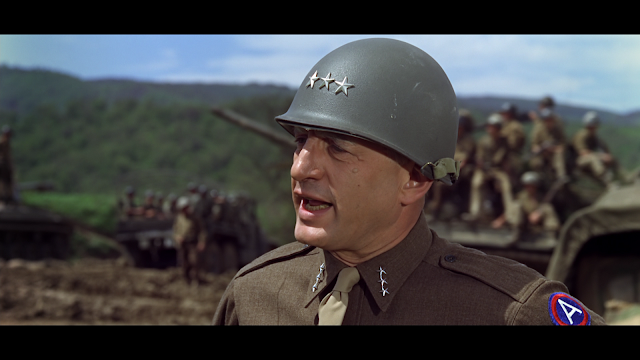 And this needs to be done -- are you listening, Brad Grey? -- even if it doesn't bring in a sizable profit, or even if the endeavor merely breaks even. Because we're talking about religion here. Spiritual sustenance. The faith of it.

Obviously scores of classic films have been restored and remastered for Bluray over the last few years, and let's all breathe a sigh of relief for the expensive and time-consuming work that's been done (or is being done) on any number of big-studio properties, especially on the large-format films of the '50s and early '60s. Ron Smith's The Ten Commandments Bluray was terrific. Warner Home Video's forthcoming Ben-Hur Bluray will hopefully be a knockout. A Bluray of Lawrence of Arabia is coming out next year from Sony.

But truly choice titles are few and far between on the Bluray market, and many great films (particularly those shot on large-format processes in the '50s and early '60s) are yellowing and rotting on the vine, and many of those that are making it into the Bluray realm are being visually misrepresented -- i.e., made to look shiny and video-gamey.

One upside develpment, I'm told, is that a remastered, more celluloid-looking Bluray version of Franklin Schaffner's Patton (i.e., a 40th anniversay re-release) is coming out on May 10th. Certain large-screen Bluray connoisseurs felt that the earlier version was DNR'd (digital noise reduction'ed) to death and given overly smooth video-game textures. The "bad" Patton was created by HTV Illuminate, a San Fernando Valley-based company that could be called the ground zero of shiny Bluray makeovers.
Posted by jtf at 9:42 AM