A Referendum on the Redeemer

Barack Obama put the Democrats in the position of forever redeeming a fallen nation rather than leading a great one.

Whether or not the Republicans win big next week, it is already clear that the "transformative" aspirations of the Obama presidency—the special promise of this first black president to "change" us into a better society—are much less likely to materialize. There will be enough Republican gains to make the "no" in the "party of no" even more formidable, if not definitive.

But apart from this politics of numbers, there is also now a deepening disenchantment with Barack Obama himself. (He has a meager 37% approval rating by the latest Harris poll.) His embarrassed supporters console themselves that their intentions were good; their vote helped make history. But for Mr. Obama himself there is no road back to the charisma and political capital he enjoyed on his inauguration day. 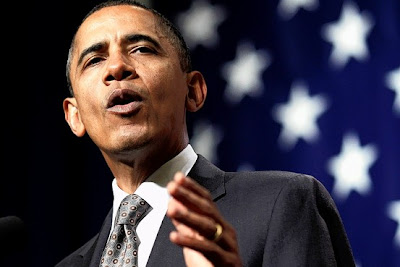 How is it that Barack Obama could step into the presidency with an air of inevitability and then, in less than two years, find himself unwelcome at the campaign rallies of many of his fellow Democrats?

The first answer is well-known: His policymaking has been grandiose, thoughtless and bullying. His health-care bill was ambitious to the point of destructiveness and, finally, so chaotic that today no citizen knows where they stand in relation to it. His financial-reform bill seems little more than a short-sighted scapegoating of Wall Street. In foreign policy he has failed to articulate a role for America in the world. We don't know why we do what we do in foreign affairs. George W. Bush at least made a valiant stab at an American rationale—democratization—but with Mr. Obama there is nothing.

All this would be enough to explain the disillusionment with this president—and with the Democratic Party that he leads. But there is also a deeper disjunction. There is an "otherness" about Mr. Obama, the sense that he is somehow not truly American. "Birthers" doubt that he was born on American soil. Others believe that he is secretly a Muslim, or in quiet simpatico with his old friends, Rev. Jeremiah Wright and Bill Ayers, now icons of American radicalism.

But Barack Obama is not an "other" so much as he is a child of the 1960s. His coming of age paralleled exactly the unfolding of a new "counterculture" American identity. And this new American identity—and the post-1960s liberalism it spawned—is grounded in a remarkable irony: bad faith in America as virtue itself, bad faith in the classic American identity of constitutional freedom and capitalism as the way to a better America. So Mr. Obama is very definitely an American, and he has a broad American constituency. He is simply the first president we have seen grounded in this counterculture American identity. When he bows to foreign leaders, he is not displaying "otherness" but the counterculture Americanism of honorable self-effacement in which America acknowledges its own capacity for evil as prelude to engagement.

Bad faith in America became virtuous in the '60s when America finally acknowledged so many of its flagrant hypocrisies: the segregation of blacks, the suppression of women, the exploitation of other minorities, the "imperialism" of the Vietnam War, the indifference to the environment, the hypocrisy of puritanical sexual mores and so on. The compounding of all these hypocrisies added up to the crowning idea of the '60s: that America was characterologically evil. Thus the only way back to decency and moral authority was through bad faith in America and its institutions, through the presumption that evil was America's natural default position.

Among today's liberal elite, bad faith in America is a sophistication, a kind of hipness. More importantly, it is the perfect formula for political and governmental power. It rationalizes power in the name of intervening against evil—I will use the government to intervene against the evil tendencies of American life (economic inequality, structural racism and sexism, corporate greed, neglect of the environment and so on), so I need your vote.

"Hope and Change" positioned Mr. Obama as a conduit between an old America worn down by its evil inclinations and a new America redeemed of those inclinations. There was no vision of the future in "Hope and Change." It is an expression of bad faith in America, but its great ingenuity was to turn that bad faith into political motivation, into votes.

But there is a limit to bad faith as power, and Mr. Obama and the Democratic Party may have now reached that limit. The great weakness of bad faith is that it disallows American exceptionalism as a rationale for power. It puts Mr. Obama and the Democrats in the position of forever redeeming a fallen nation, rather than leading a great nation. They bet on America's characterological evil and not on her sense of fairness, generosity or ingenuity.

When bad faith is your framework (Michelle Obama never being proud of her country until it supported her husband), then you become more a national scold than a real leader. You lead out of a feeling that your opposition is really only the latest incarnation of that old characterological evil that you always knew was there. Thus the tea party—despite all the evidence to the contrary—is seen as racist and bigoted.

But isn't the tea party, on some level, a reaction to a president who seems not to fully trust the fundamental decency of the American people? Doesn't the tea party fill a void left open by Mr. Obama's ethos of bad faith? Aren't tea partiers, and their many fellow travelers, simply saying that American exceptionalism isn't racism? And if the mainstream media see tea partiers as bumpkins and racists, isn't this just more bad faith—characterizing people as ignorant or evil so as to dismiss them?

Our great presidents have been stewards, men who broadly identified with the whole of America. Stewardship meant responsibility even for those segments of America where one might be reviled. Surely Mr. Obama would claim such stewardship. But he has functioned more as a redeemer than a steward, a leader who sees a badness in us from which we must be redeemed. Many Americans are afraid of this because a mandate as grandiose as redemption justifies a vast expansion of government. A redeemer can't just tweak and guide a faltering economy; he will need a trillion- dollar stimulus package. He can't take on health care a step at a time; he must do it all at once, finally mandating that every citizen buy in.

Next week's election is, among other things, a referendum on the idea of president-as- redeemer. We have a president so determined to transform and redeem us from what we are that, by his own words, he is willing to risk being a one-term president. People now wonder if Barack Obama can pivot back to the center like Bill Clinton did after his set-back in '94. But Mr. Clinton was already a steward, a policy wonk, a man of the center. Mr. Obama has to change archetypes.

Photo Credit: Associated Press
Posted by jtf at 7:22 AM