The administration’s denial of “radical Islam” is dangerous, dishonest, and demoralizing. 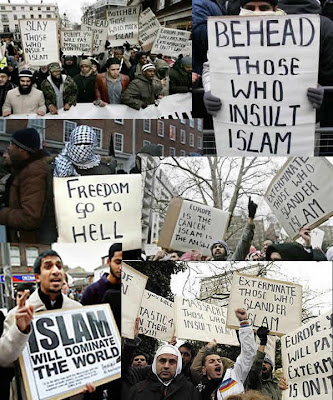 The Fort Hood shooter, the Christmas Day bomber, the Times Square attacker. On May 13, the following exchange occurred at a hearing of the House Judiciary Committee:

Rep. Lamar Smith (R.,Texas): Do you feel that these individuals might have been incited to take the actions that they did because of radical Islam?

Attorney General Eric Holder: There are a variety of reasons why I think people have taken these actions. . . .
–
Smith: Okay, but radical Islam could have been one of the reasons?

Holder: There are a variety of reasons why people—

Smith: But was radical Islam one of them?

Holder: There are a variety of reasons why people do these things. Some of them are potentially religious-based.

Potentially, mind you. This went on until the questioner gave up in exasperation.

A similar question arose last week in U.S. District Court when Faisal Shahzad, the Times Square attacker, pleaded guilty. Explained Shahzad: “One has to understand where I’m coming from. . . . I consider myself a mujahid, a Muslim soldier.”

Well, that is clarifying. As was the self-printed business card of Maj. Nidal Malik Hasan, the Fort Hood shooter, identifying himself as “SoA”: Soldier of Allah.

Holder’s avoidance of the obvious continues the absurd and embarrassing refusal of the Obama administration to acknowledge who out there is trying to kill Americans and why. In fact, it has banned from its official vocabulary the terms “jihadist,” “Islamist,” and “Islamic terrorism.”

Instead, President Obama’s National Security Strategy insists on calling the enemy — how else do you define those seeking your destruction? — “a loose network of violent extremists.” But this is utterly meaningless. This is not an anger-management therapy group gone rogue. These are people professing a powerful ideology rooted in a radical interpretation of Islam, in whose name they propagandize, proselytize, terrorize, and kill.

Why is this important? Because the first rule of war is to know your enemy. If you don’t, you wander into intellectual cul-de-sacs and ignore the real causes that might allow you to prevent recurrences.

The Pentagon report on the Fort Hood shooter runs 86 pages with not a single mention of Hasan’s Islamism. It contains such politically correct inanities as “religious fundamentalism alone is not a risk factor.”

Of course it is. Indeed, Islamist fundamentalism is not only a risk factor. It is the risk factor, the common denominator linking all the great terror attacks of this century — from 9/11 to Mumbai, from Fort Hood to Times Square, from London to Madrid to Bali. The attackers were of various national origin, occupation, age, social class, native tongue, and race. The one thing that united them was the jihadist vision in whose name they acted.

To deny this undeniable truth leads to further absurdities. Remember the wave of speculation about Hasan’s supposedly secondary post-traumatic stress disorder — that he was so deeply affected by the heart-rending stories of his war-traumatized patients that he became radicalized? On the contrary. He was moved not by their suffering but by the suffering they (and the rest of the U.S. military) inflicted on Hasan’s fellow Muslims, in whose name he gunned down 12 American soldiers while shouting “Allahu Akbar.”

With Shahzad, we find the equivalent ridiculous — and exculpating — speculation that perhaps he was driven over the edge by the foreclosure of his home. Good grief. Of course his home went into foreclosure — so would yours if you voluntarily quit your job and stopped house payments to go to Pakistan for jihadist training. As the Washington Post’s Charles Lane pointed out, foreclosure was a result of Shahzad’s radicalism, not the cause.

There’s a final reason why the administration’s cowardice about identifying those trying to kill us cannot be allowed to pass. It is demoralizing. It trivializes the war between jihadi barbarism and Western decency, and diminishes the memory of those (including thousands of brave Muslims — Iraqi, Pakistani, Afghan, and Western) who have died fighting it.

Churchill famously mobilized the English language and sent it into battle. But his greatness lay not just in eloquence but in his appeal to the moral core of a decent people to rise against an ideology the nature of which Churchill never hesitated to define and describe — and to pronounce (“Nahhhhzzzzi”) in an accent dripping with loathing and contempt.

No one is asking Obama or Holder to match Churchill’s rhetoric — just Shahzad’s candor.

— Charles Krauthammer is a nationally syndicated columnist. © 2010, the Washington Post Writers Group.
Posted by jtf at 5:59 AM