A Threat in Title IX

What's good for women's basketball will be good for nuclear physics.
To most Americans, that statement will sound odd. To President Obama, it apparently does not. In an October letter to women's advocacy groups, he declared that Title IX, the law that requires universities to give equal funding to men's and women's athletics, had made "an enormous impact on women's opportunities and participation in sports." If pursued with "necessary attention and enforcement," the same law could make "similar, striking advances" for women in science and engineering. 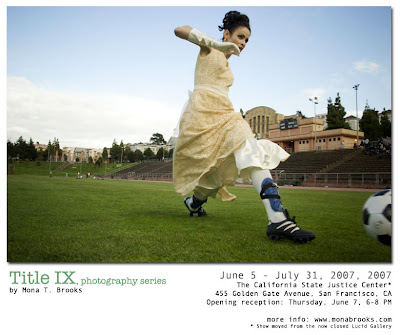 That campaign pledge is hardening into policy, which ought to give people pause. In February, the Congressional Diversity and Innovation Caucus met with academic deans and women's groups to plan for the new Title IX deployment. Nearly everyone present agreed that closing the gender gap in the laboratory is an urgent "national imperative." What they failed to consider, however, is how enforced parity might affect American science. To get a better idea, let's look at President Obama's statements:
"Title IX has had an enormous impact on women's opportunities and participation in sports." Indeed, Title IX has contributed to significant progress in women's athletics -- but at what cost to male student athletics? Consider the situation at Washington's Howard University. In 2007, the Women's Sports Foundation, a powerful Title IX advocacy group, gave Howard an "F" grade because of its 24-percentage-point "proportionality gap": Howard's student body was 67 percent female, but women constituted only 43 percent of its athletic program. In 2002, Howard cut men's wrestling and baseball and added women's bowling, but that did little to narrow the gap. Unless it sends almost half of its remaining male athletes to the locker room, Howard will remain blacklisted and legally vulnerable. Former Howard wrestling coach Wade Hughes sums up the problem this way: "The impact of Title IX's proportionality standard has been disastrous because . . . far more males than females are seeking to take part in athletics."
Title IX could make "similar striking advances" for women in science and engineering. Indeed it could -- but at what cost to science? The idea of imposing Title IX on the sciences began gaining momentum around 2002. Then, women were already earning nearly 60 percent of all bachelor's degrees and at least half of the PhDs in the humanities, social sciences, life sciences and education. Meanwhile, men retained majorities in fields such as physics, computer science and engineering. Badly in need of an advocacy cause just as women were beginning to outnumber men on college campuses, well-funded academic women's groups alerted their followers that American science education was "hostile" to women. Soon there were conferences, retreats, summits, a massive "Left Out, Left Behind" letter-writing campaign, dozens of studies and a series of congressional hearings. Their first public victim? Larry Summers, who was forced to resign as president of Harvard University in 2006 after he dared to question the groups' assumptions and drew a correlation between the number of women in the sciences and gender differences implied in math and science test data.
Is it true that women are being excluded from academic science programs because of sexist bias? Some researchers agree that bias is to blame; others, perhaps a majority, suggest that biology and considered preference explain why men and women gravitate to different academic fields. But researchers who dispute the bias explanation played little or no role in the Title IX conferences, summits or congressional hearings.
Title IX must be pursued with "necessary attention and enforcement" in the sciences. This is nearly certain to happen. But the president should note the level of partisanship in the groups monitoring the enforcement. For example, in a 2008 briefing statement, the American Association of University Women, one of the more combative advocacy groups and a leader in the Title IX movement, issued a warning to "adversaries" who get in the way of its equity initiatives:
"Our adversaries know that AAUW is a force to be reckoned with. . . . We are issuing fair warning -- we ARE breaking through barriers. We mean it; we've done it before; and we are 'coming after them' again . . . and again and again, if we have to! All of us, all the time."
Federal officials have conducted occasional equity investigations of engineering and physics programs since 2006. But these have been haphazard and far less results-oriented than what Obama and Congress have in mind. The new Title IX initiative, modeled on athletics, will gratify women's advocacy groups. But will it help American science as much as it helped women's basketball?
Activist leaders of the Title IX campaign are untroubled by this question. Some seem to relish the idea of starkly disrupting what they regard as the excessively male and competitive culture of academic science. American scientific excellence, though, is an invaluable and irreplaceable resource. The fields that will be most affected -- math, engineering, physics and computer science -- are vital to the economy and national defense. Is it wise, to say nothing of urgent, for the president and Congress to impose an untested, undebated gender parity policy at this time?
Christina Hoff Sommers is a resident scholar at the American Enterprise Institute and editor of the forthcoming book "The Science on Women and Science" (AEI Press).
Posted by jtf at 7:59 AM