The Arrogance of His Power 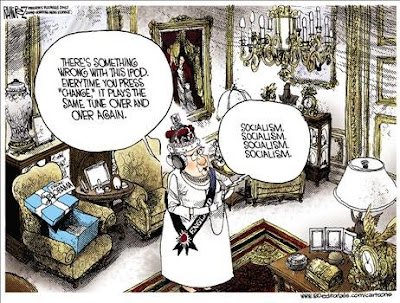 WASHINGTON -- Another Democratic president has shattered precedent. Democratic politicians take great pride in shattering American precedents, and they do so with such regularity that it is surprising there are any precedents left to shatter, except, I guess, for the precedents Democrats establish on the ruins of earlier precedents. I hope, when the next Republican president comes along, that he or she will shatter a few Democratic precedents. Given the serial bungling of the Obama Administration, I shall not be surprised to see that precedent-shattering Republican come along in 2013.

During his recent European peregrination, our haughty president became the first American president to speak ill of America while on foreign soil. Actually it is rare for an American president to speak ill of America anywhere. President Barack H. Obama does it practically everywhere. Now that Fidel Castro has quieted down and the French left is in abeyance, President Obama has become America's leading critic.

Until the ex-presidency of Jimmy Carter it was unheard of for a former president to speak ill of his country or of the sitting president while traveling abroad. Jimmy broke that precedent early in the presidency of the man who beat him, Ronald Reagan. Since then Jimmy has frequently piped up against America and whoever might be president. He did it as recently as 2005 when he said, "I think what's going on at Guantanamo Bay and in Abu Ghraib and other places is a disgrace to the United States of America."

Now along comes the precedent-shattering President Obama traveling through Europe on his virginal passport, a passport that was used precisely once before he became a national political figure. His tour of Europe was the burlesque of a preening popinjay. He gave the Queen an iPod. His wife gave her a friendly squeeze. Oh yes, and the President declared that the official language of German-speaking Austria is "Austrian." All that was amusing, but the criticism of his homeland while in Europe was not. Actually I am tired of hearing his criticism of his homeland when he is at home. We know he believes America was a failed state before he became president. Now let him return the country to the bipartisanship that he promised.

While in Europe, our sententious president blamed America for genocide and torture. He brought up Hiroshima and Guantanamo. He accused us of arrogance. What can President Obama possibly have against arrogance? Since his emergence on the national stage a year or so ago, he has given me the impression that he considers arrogance among the virtues.

It was in Strasbourg, among what he might call the Strasbourgundians, that he was most critical of his country. Said our president: "Instead of celebrating your dynamic union and seeking to partner with you to meet common challenges, there have been times where America has shown arrogance and been dismissive, even derisive." Yes, he said "derisive," and he continued: "On both sides of the Atlantic, these attitudes have become all too common." Then he concluded: "They are not wise. They do not represent the truth. They threaten to widen the divide across the Atlantic and leave us both more isolated." After reading that preachy drivel I have to say not even Jimmy Carter is capable of such empty moralizing. Perhaps this is how one talks as a community organizer, or a motivational speaker, both of which Obama seems to have been; but now he is the president of the United States!

There was a time a couple of decades ago when this sort of carping about America was cited as the product of "liberal guilt." Doubtless had President Obama been sounding like this in 1984, say, at the Democratic National Convention, critics such as Jeane Kirkpatrick would be chiding him for "liberal guilt." Mind you, at the time I took issue with this diagnosis of our liberal friends. Then and now, they do not believe they have been guilty of any moral or intellectual failing. If you listen to the precedent-shattering President Obama you will note that he is accusing other Americans of failures and vice, not himself. This is not liberal guilt; it is liberal arrogance. It was liberal arrogance in the past, and so it is today. It is going to wear thin with my fellow Americans very shortly.

Consider this one last slap at two great men after one of America's greatest triumphs for peace and justice. While gloating over America's financial decline, our President noted to his European audience that a new financial order is being created by the world's top 20 financial powers, not by "just Roosevelt and Churchill sitting in a room with a brandy….But that's not the world we live in, and it shouldn't be the world that we live in." Whoever told our president that the post-World War II world came from these two great men "sitting in a room with a brandy" misinformed him. His knowledge of history is as defective as is his knowledge of Roosevelt's and Churchill's tastes.

- Bob Tyrrell is founder and editor in chief of The American Spectator. His books include the New York Times bestseller Boy Clinton: the Political Biography; The Impeachment of William Jefferson Clinton; The Liberal Crack-Up; The Conservative Crack-Up; Public Nuisances; The Future that Doesn't Work: Social Democracy's Failure in Britain; Madame Hillary: The Dark Road to the White House; and The Clinton Crack-Up.

Bob is also an adjunct fellow of the Hudson Institute and was until its demise a contributing editor to the New York Sun.
Posted by jtf at 6:21 AM