The Protocols of the Drinkers of Coffee 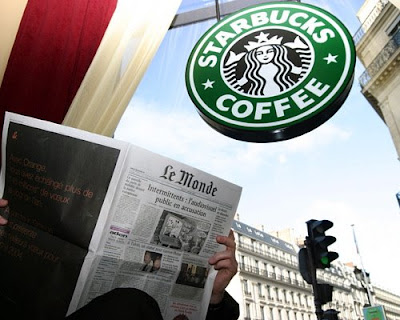 If the Jews left Palestine to us, would we start loving them? Of course not. We will never love them. Absolutely not. The Jews are infidels – not because I say so, and not because they are killing Muslims, but because Allah said: 'The Jews say that Uzair is the son of Allah, and the Christians say that Christ is the son of Allah. These are the words from their mouths. They imitate the sayings of the disbelievers before. May Allah fight them. How deluded they are.’ It is Allah who said that they are infidels.

Your belief regarding the Jews should be, first, that they are infidels, and second, that they are enemies. They are enemies not because they occupied Palestine. They would have been enemies even if they did not occupy a thing. Allah said: 'You shall find the strongest men in enmity to the disbelievers [sic] to be the Jews and the polytheists.' Third, you must believe that the Jews will never stop fighting and killing us. They [fight] not for the sake of land and security, as they claim, but for the sake of their religion: 'And they will not cease fighting you until they turn you back you’re your religion, if they can.'

This is it. We must believe that our fighting with the Jews is eternal, and it will not end until the final battle – and this is the fourth point. You must believe that we will fight, defeat, and annihilate them, until not a single Jew remains on the face of the Earth.

Egypt, let us not forget, is a ‘moderate’ Arab state that has a peace agreement with Israel. It is nevertheless a major source of barking-mad Jewish demonisation in the Arab world. Here is Egyptian Cleric Salama Abd Al-Qawi warning Muslims against the Protocols of the Elders of Zion – the notorious Czarist forged claim that the Jews covertly rule the world -- and many US companies :

They [the Jews]began conspiring to annihilate the Islamic and Arab nation, to plunder its resources, and to destroy its youth. Regretfully, the plots they hatched are being implemented today in detail. One of their conspiracies, which stemmed from their black hatred, was to gain control over the entire global economy, bringing the world under their thumb. So they founded huge companies, which, like spiders, send their webs all over the world. The main goal of these companies was to erase Islamic identity.

... Many basic products, which may be found in many Muslim households, like the Ariel, Tide, and Persil laundry detergents, are made by Zionist companies. The Coca Cola and Pepsi companies and all their products – Seven Up, Miranda, Fania, and all these products, all the carbonated beverages, with very few exceptions that don't bear mention... Almost all the carbonated beverages are Zionist-American products. [...] Some restaurants, I'm sad to say, are teeming with Muslim youth, and their safes are full of the money of Muslims... McDonalds is Jewish-Zionist, Kentucky Fried Chicken is Jewish-Zionist, Little Caesar, Pizza Hut, Domino's Pizza, Burger King... By the way, all these products, which I have mentioned... In addition, there is a new type of coffee these days... All these are pure Zionist products, especially what is known as Starbucks, the well-known coffee. It is Zionist.

Has any of you ever wondered who this woman with a crown on her head is? Why do we boycott Starbucks? ... The girl on the Starbucks logo is Queen Esther. Do you know who Queen Esther was and what the crown on her head means? This is the crown of the Persian Kingdom. This queen is the queen of the Jews. She is mentioned in the Torah, in the Book of Esther. The girl you see is Esther, the queen of the Jews in Persia...

Can you believe that in Mecca, Al-Madina, Cairo, Damascus, Kuwait, and all over the Islamic world, hangs the picture of beautiful Queen Esther, with a crown on her head, and we buy her products.[...]We want Starbucks to be shut down throughout the Arab and Islamic world. We want it to be shut down in Mecca and in Al-Madina. I implore King Abdallah bin Abd Al-‘Aziz, the Custodian of the Two Holy Mosques: It is inconceivable that in Mecca and Al-Madina, there will be a picture of Queen Esther, the queen of the Jews.

As anyone can see, however, the female figure in the Starbucks logo (pictured above) has two fish tails. This is a clue that she is not Esther, queen of the Jews in Persia. She is instead a twin-tailed siren of Greek mythology. This is because the company is apparently named in part after Starbuck, Captain Ahab’s first mate in the book Moby Dick.

What we are up against within the Islamic world is quite simply a wholesale negation of reason; nothing less.
Posted by jtf at 7:09 AM