GO FORTH AND MULTIPLY

Dear Mark,
I would love to re-read a piece on abortion that appeared in The National Post sometime in 2001 or 2002. I can't recall the title, but it mentioned a 17 year-old pregnant waitress and how society's response should be to leave a good tip - not bemoan the "punishment" of a baby. In this age of abortion gift-certificates and Morgentaler's Order of Canada, thankfully you do not consider discussion of this issue "above your pay grade".
Love your writing and dedication to free speech!

MARK SAYS: Okay, here it comes. This was one of the first columns in which I began, tentatively, to address the demographic issue - the self-extinction of the civilization that built the modern world. Whatever one feels about "a woman's right to choose", the state's interest (and especially the big-spending state's) is in natalism. Don't forget, the SteynOnline Request Of The Week appears each Thursday. So do drop a line requesting a favorite column or even a favourite column here.. 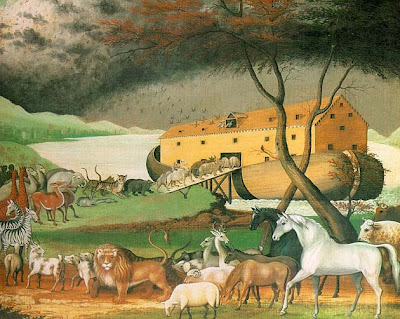 
Abortion and the state
from The National Post, January 27th 2003

Last week was the 30th anniversary of Roe v. Wade. If the greying harpies of the abortion movement were looking to get their groove back on anniversary fever, it didn't work out that way. As has been noted, polls show more and more Americans are opposed to more and more abortions. This isn't the way it's supposed to go. The assumption behind judicial activism is that the guys in the fancy robes are ahead of the curve: Being more educated, intelligent and sophisticated than the unwashed masses, our judges reach today the positions that the grunting, knuckle-dragging public won't come round to for another decade or so. But eventually we will, and we'll wonder what all the fuss was about.

Well, America has had constitutionally mandated abortion absolutism for a third of a century, and it's further away from broad social acceptance than ever. If Roe v. Wade hasn't caught on by now, it never will. In abortion as in war, Americans are at odds with their Canadian and European "allies." My colleague Patricia Pearson thinks this is because "Canadians are becoming more tolerant, Americans more conservative" - conservatism being the opposite of tolerance, presumably.

I'd say the abortion crowd's problem is that they're up against science. There are those of us who are opposed to all abortion - I'm one, at heart - and those who are hot for a woman's right to kill full-term healthy partially delivered babies. But in the middle are a big swath of people whose position is more nuanced, and the trouble for the abortion absolutists is that, thanks in part to advances in medical science, all the nuances are moving in the pro-life direction. The most fascinating of last week's polls, for ABC News, found that 57% of Americans thought that abortion should be legal in "all or most cases," which must have heartened the "pro-choice" types. But when "all or most cases" were spelt out one by one the numbers were very different: over 80% of Americans will support abortion in cases of rape or incest or to save a woman's life; 54% will support the abortion of a "physically impaired baby." But, when it comes to terminating an "unwanted pregnancy," only 42% approve.

But that's what abortion is: the "unwanted pregnancy" category accounts for 95% of cases. The rest - the stuff with the 80% approval ratings - are a tiny number of exceptions to the overwhelming rule -- that abortion for most of its devotees is a belated, cumbersome and inefficient form of contraception. Which is what "a woman's right to choose" boils down to. When the crazed ideologues at The New York Times ran a story on the Administration's approach to abortion under the headline "Bush's War On Women," they overlooked the inconvenient fact that the President's views are now more reflective of American womanhood than the Times' or the abortion groups'. Only 40% of women are in favour of the right to end an unwanted pregnancy. In other words, 60% of women don't support a woman's right to choose. The euphemism doesn't work any more.

Right now, the only significant demographic moving toward Roe v. Wade absolutism are the ever swelling numbers of Democratic Presidential candidates. That's because the Democrats brook no qualms on the subject. In the candidates' big panderfest at a "pro-choice" rally, the former Vermont Governor, Dr. Howard Dean, was so anxious to demonstrate his bona fides that he all but offered to perform a partial-birth abortion on audience volunteers. Dr. Dean's candidacy is unlikely to be carried to term, or even survive the first trimester of 2004, so he need not detain us long. But what's more interesting is the broader phenomenon his creepy suck-up represents.

For what it's worth, I don't accept "a woman's right to choose." Given that humanity's only current widely available method of reproduction requires a woman's womb, society as a whole has some sort of stake in this question. But, even if one subscribes to the premise of Roe v. Wade - that abortion is a privacy issue for individual women to decide - why would one half of the political establishment in America and pretty much the whole shebang in the rest of the West choose to fetishize "a woman's right to choose" as an approved goal of state policy?

Here's the reality: When feminists talk about "women's reproductive rights," they mean the right of women not to reproduce. Fine. That may make sense as a personal decision, but the state has no interest in promoting it generally.

Why? Because the state needs a birth rate of 2.1 children to maintain a stable population. In Italy, it's now 1.2. Twenty years ago, a million babies were born there each year. Now it's half a million. And the fewer babies you have today, the fewer babies are around to have babies in 20 years. Once you're as far down the death spiral as Italy is, it's hard to reverse. Most European races are going to be out of business in a couple more generations.

If you think that a nation is no more than (in our Booker Prize-winning novelist's famous phrase) a great "hotel," you can always slash rates and fill the empty rooms. But, if you think a nation is the collective, accumulated wisdom of a shared past, then a dependence on immigration alone for population replenishment will leave you lost and diminished. God's first injunction to humanity couldn't have been plainer: Go forth and multiply. In the 1995 referendum, when Lucien Bouchard made his unfortunate faux pas about Quebec women having one of the lowest fertility rates of any "white race" in the world, he was on to something. Given that young francophones trend separatist, had Quebec Catholics of the Seventies had children at the same rate as their parents, he and M. Parizeau would almost certainly have won their vote. Instead, Quebec's shrivelled fertility rate has cost them their country.

And why wouldn't it? A society whose political class elevates "a woman's right to choose" above "go forth and multiply" is a society with a death wish. So today we're the endangered species, not the spotted owl. We're the dwindling resource, not the oil. Abortion is like the entirely mythical "population bomb" touted by the award-festooned Paul Ehrlich, who predicted millions of Americans would be starving to death by the 1980s: It's a prop of the Western progressive's bizarre death-cultism. We are so bad, so racist, so polluting, so exploitative that we owe it to the world not to be born in the first place. Abortion fetishism and our withered birth rate are only the quieter symptoms of the West's loss of self-confidence manifested more noisily elsewhere, from last weekend's Saddamite demonstrations to Chirac and Schroeder's press conference. The issue this week, according to the Ottawa Citizen's David Warren, is simple: "Is what we are worth defending?" If you think the Euro-appeasers' answer is pretty pathetic right now, wait another decade, after the birth rate's fallen even lower and their bloated welfare programs are even more dependent on an increasingly immigrant workforce.

The abortionists respond that every child should be "wanted." Sounds nice and cuddly, but it leads remorselessly to Italian yuppie couples having just the one kid in their thirties. In a healthy society, not every baby is exactly "wanted": things happen, and you adjust to them. Legal abortion was supposed to make things better for that small number of women who found themselves clutching a handful of cash and riding the bus to a backstreet abortionist in the next town. But "unwanted" is a highly elastic term: in Romania in the Nineties, three out of four pregnancies were being terminated. Europe, in eliminating "unwanted" pregnancies, is eliminating itself. In Canada, meanwhile, Patricia Pearson assures us there's plenty of other folks to take up the slack:

Immigrants to Canada from China and Eastern Europe are, I think it's fair to say, more secular and more accustomed to official support for abortion and gender equality espoused in the socialist and communist states they have fled from, than those immigrants to the United States who come from Catholic Latin America.

Well, that's one way of putting it. "Official support" means China telling you how many babies you can have: not a woman's right to choose, but the state's right to choose for the woman. Some "tolerance."

Those of us less persuaded than Miss Pearson by the benefits of totalitarian approaches to birth control will just have to do our bit as we can. Next time you're in a rundown diner and the 17-year-old waitress is eight months pregnant, don't tut "What a tragedy" and point her to the nearest Planned Parenthood clinic. Leave her a large tip instead. She's doing the right thing, not just for her, but for all of us.
Posted by jtf at 9:49 AM