Ricky Gervais: A 'Ghost' of a Chance

He created ''The Office'' and starred as the worst boss of all time. Now the British comedian is being promoted to Hollywood leading man in new comedy ''Ghost Town.'' But does he even want the job?
By Chris Nashawaty
http://www.ew.com/ew
Despite an Emmy and a pair of Golden Globes for The Office, breathless reviews for his HBO series Extras, and an inspired guest turn on The Simpsons where he tried to seduce Marge with an acoustic love song about ''Lady Di,'' Ricky Gervais isn't a celebrity in America yet. Not in the Brad Pitt sense of the word at least. So it's a little strange that he feels the need to check in to hotels here under a fake name. 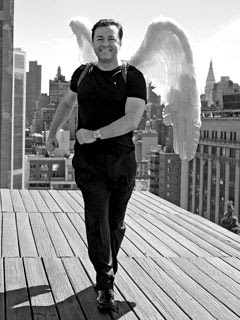 RICKY GERVAIS ''Would I have rather done The Office than been in The Godfather? No doubt about it''
PHOTOGRAPH BY RODNEY SMITH 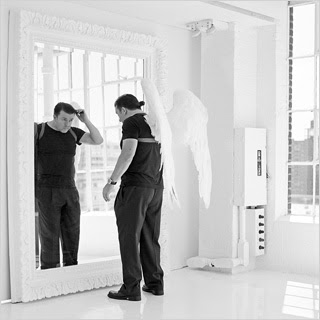 Hmmm...well he certainly is coming up in Hollywood. Did you see him in the Emmy's when he took back his award from Steve Carell. I thought that was hilarious!! It was the best part of the show. It was the only part of the show were I actually laughed. hahahah

And while I'm disappointed that The Office didn't win, I'm excited that it's coming back on tomorrow night. Thank god! Now my Thursday nights will have purpose.

Anyway, do you remember that one Tide commercial with that funny talking stain on the guy's shirt? Well, Tide decided to make a contest out of that and have people submit their own talking stain spoof. Tomorrow night during the premiere of The Office, Tide is going to show the winning spoof.

Guess which one will win. Check them out @ http://www.tidetogo.com/ads

I hope I'm not overstepping any boundaries. I work for Tide and if you have any questions, feel free to contact me.