The High Price of Denial 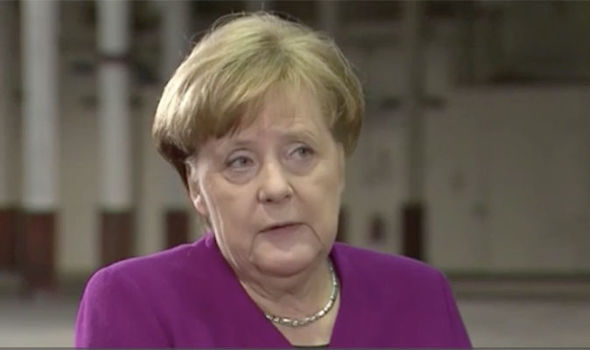 Is it possible that mainstream politicians and the mainstream media are finally recognising what the European public can see with their own eyes? Two recent occurrences suggest that this might be so.

The first is a concession by German Chancellor Angela Merkel, who almost half a year after her party's embarrassment in national elections has finally managed to put together a coalition government. Last September saw not only Merkel's party and her erstwhile coalition partners suffer a historic dent in their vote-share, but also saw the entry to Parliament of the five-year old anti-immigration AfD (Alternative for Germany) party, which is now so large that it constitutes the country's official opposition. If German voters meant to send a message, it could hardly have been clearer.

Perhaps it was even listened to. On Monday February 26, Merkel gave an interview to the German broadcaster N-TV. In it she finally admitted that there are "no-go areas" in her country: "that is, areas where nobody dares to go." She continued: "There are such areas and one has to call them by their name and do something about them." The Chancellor claimed that she favoured a "zero tolerance" attitude towards such places but did not identify where they were. Two days later, her spokesman, Steffen Seibert stressed that "the Chancellor's words speak for themselves."

Although the Chancellor chose to use few words, that she said these things at all is significant. For years, German officials, like their political counterparts across the continent, have furiously denied that there are any areas of their countries to which the rule of law does not extend. Denials have also issued forth from officials in, among other countries, Sweden and France. In January 2015, Paris's Mayor Anne Hidalgo threatened to sue Fox News after the station said there were no-go zones in her city. Hidalgo claimed at the time in an interview on CNN that "the honour of Paris" and the "image of Paris" had been harmed. It was a typically extraordinary claim, which ignored that if the "image of Paris" had taken any battering around that time, it might have been due to the massacre of 12 journalists, cartoonists and policemen at the offices of the satirical magazine Charlie Hebdo, and the slaughter of four people in a kosher supermarket two days later. So concessions like Merkel's -- as opposed to cover-ups like Hidalgo's -- are to be applauded, slightly, when they occur.

Just a week later, another strange milestone was reached. The front page of theNew York Times on March 6 carried a story -- also graced with the page's only pictures -- which nobody could have expected the paper to run. Under the heading "Old weapons rattle Sweden," the paper recorded the recent death of a 63-year old man in the Stockholm suburb of Varby Gard. As the paper records, Daniel Cuevas Zuniga had only recently finished a night-shift as an aide for disabled adults, and was cycling home with his wife, when, spotting a spherical object on the floor he stopped and reached out. It was an M-75 hand grenade; its explosive charge and 3000 steel metal balls instantly killed Mr Zuniga and blew his wife off her bicycle.

As the paper conceded, this is not a one-off event but part of an upsurge in violence -- particularly involving hand-grenades -- caused by the influx of foreign gangs and foreign weapons (largely from the Balkan wars of the 1990s) into the Scandinavian country. The paper quoted a Lebanese asylum-seeker who had previously been a commando in a Lebanese militia. Paulus Borisho, in his kebab shop, heard the blast that killed Zuniga. As the paper recorded:

"That a grenade should be found on the sidewalk outside a kebab shop, a few steps from an elementary school, was difficult for him to take in.
"Now when I think of the future, I am afraid" he said. "I am afraid for Europe".

As well he might be. The paper even had the decency to quote friends of the late Mr Zuniga, who reported that he had complained about recent "changes in Varby Gard" and had been "frustrated that the police did not have better control." Again: as well he might.

Of course, the upsurge in gang violence, and specifically grenade violence, in Sweden has been covered in other media outlets in recent years. These have pointed out the Swedish police's often ridiculous ways of addressing this problem. For instance, that Swedish police chief Linda Staaf recently tried to dissuade gangs from using hand-grenades in Sweden by pointing out that grenade-throwing is dangerous because the person who pulls out the pin could "expose themselves to a huge risk." Papers like the New York Times have taken little interest in such problems -- problems which have got so bad that Prime Minister Stefan Löfven even threatened to send the army into certain Swedish suburbs.

Instead, newspapers like the New York Times have tended in recent years towards the same denialism as Angela Merkel about the problems which mass immigration from the developing world is causing in Europe. They have tended to praise the "courage" of suspending normal border controls while covering over or ignoring the terrible consequences of importing millions of people whose identities are unknown. And of course, like Mayor Hidalgo in Paris, they have tended to shoot the messengers more than report the news, dismissing any such stories as "fake news", "alt-right" or "far right" propaganda.

Just last year, when Donald Trump famously mentioned "what happened last night in Sweden", the mainstream media knew what he was referring to. They knew that he was loosely referencing a report that he had seen on Fox news the night before about the increasingly bad situation in that country. The media, however, chose not to address that problem. Instead they chose -- in the main -- to laugh at the President and ridicule the idea that there were any troubles in the Scandinavian paradise.

Back then the New York Times headlined that President Trump's comments were "baffling", while much of the rest of the media simply pretended that Sweden was a land of infinite peace and Ikea which had been sorely slandered by the President.

The surprise that within days of each other, both Chancellor Merkel and the New York Times have become willing to admit facts which they and their apologists have long pretended to be imaginary could be progress of a kind. It may not, however, be a cause for optimism. Rather than being a demonstration that things are getting better, that they are now admitting what is visible to the eyes of ordinary Europeans may be an admission that things have got so bad -- and are so well-known -- that even the Gray Lady and Mutti Merkel are no longer able to ignore them. If so, one thought must surely follow: imagine what might have been solved if the denials had never even begun?