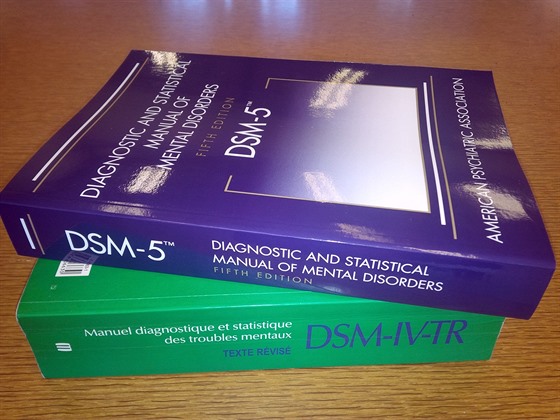 Breitbart:  Trump Defense Department Delays Obama’s Transgender Push in the Military.
“The Pentagon is working to delay the July 1 deadline to fully implement the Obama-initiated policy that one year ago lifted the ban on transgender individuals serving in the U.S. military.”

While the Pentagon directive to allow transgender men and women to join the military faces an indefinite delay this may be a good time to review just how America was ensnared with this Obama-era policy.

The evidence is clear—the American Left succeeded in lobbying the American Psychiatric Association (APA) to eliminate some of the sexual identity disorders from their Diagnostic and Statistical Manual of Mental Disorders (DSM).

Most Americans have little knowledge of the DSM, its contents, and its implications.  The DSM is published by the American Psychiatric Association (APA) and “offers a common language and standard criteria for the classification of mental disorders.”  It is used, or relied upon, by clinicians, researchers, psychiatric drug regulation agencies, health insurance companies, pharmaceutical companies, the legal system, and policy makers.  In the United States the DSM serves as a universal authority for psychiatric diagnoses.  The Department of Defense uses the DSM as its source reference for psychiatric diagnoses and metal disorders.

First published in 1968, DSM-II, Section 3, Part V, listed Personality Disorders and Certain other Non-psychotic Mental Disorders.  In this section, homosexuality was listed as a mental disorder.  Under pressure from the Left and gay-rights groups, the APA compromised, removing homosexuality from the DSM but replacing it with the kinder and gentler descriptor: “sexual orientation disturbance” for people “in conflict with” their sexual orientation.

In 1987 homosexuality was struck from the DSM by a majority vote of the APA members.  In 2012, transvestitism, was also eliminated from the DSM-5 (fifth edition), replaced gender identity disorder and further redefined and softened the previous personality disorder into gender dysphoria.  The change in terminology removed all implication and designation that transvestitism was a mental illness.  Dysphoria is defined as the distress a person experiences as a result of the sex and gender they were assigned at birth.

With transvestitism finally voted out of the DSM, in June 2015 LGBT rights groups had one urgent agenda item for President Barack Obama: End the ban on transgender people serving in the military.  It wasn’t that transgender people were straining red rope barriers, lining up at recruiting stations to serve in the military in a rush of abject patriotism; no, acceptance into the military allowed transgenders free government-paid sexual reassignment surgery.  No longer was transvestitism considered a mental disorder, it was now considered a medically correctable condition, like a cleft lip and palate.

Medically-correctable conditions like cleft lip and palate correct physical birth defects.  Sexual identity disorders are not physical birth defects but mental defects.  Dr. Paul R. McHugh, the former psychiatrist-in-chief for Johns Hopkins Hospital continues to stress that transgenderism is a “mental disorder” that merits treatment, that sex change is “biologically impossible,” and that people who promote sexual reassignment surgery are collaborating with and promoting a mental disorder.

“The assumption that one’s gender is only in the mind regardless of anatomical reality, has led some transgendered people to push for social acceptance and affirmation of their own subjective ‘personal truth,’” said Dr. McHugh.  As a result, some states—California, New Jersey, and Massachusetts—have passed laws barring psychiatrists, “even with parental permission, from striving to restore natural gender feelings to a transgender minor.”  Politics rule over common sense.
Dr. McHugh also said, “The pro-transgender advocates do not want to know that studies show between 70% and 80% of children who express transgender feelings ‘spontaneously lose those feelings’ over time.  Also, for those who had sexual reassignment surgery, most said they were ‘satisfied’ with the operation ‘but their subsequent psycho-social adjustments were no better than those who didn’t have the surgery.’”

With the updated DSM-5, the APA voted against Dr. McHugh and his side, common sense, and biology.

The APA was once the leader in psychiatric medicine—now it too is a joke; compromised beyond measure.  For the APA and the DSM, it is clear.  If you get enough votes, you can negate, soften, redefine, and ultimately legitimize any of the mental disorders.  With enough votes you can turn a disorder into a disability or by elimination, like a magician’s trick and a snap of the fingers, “you’ve just become plain normal.”  Now, the new normal is confused boys who can spontaneously “identify” as girls and confused girls who can spontaneously “identify” as boys.  Dr. Paul R. McHugh and thousands of other rational members of the APA know that sex change is “biologically impossible” and that people who promote sexual reassignment surgery are collaborating with and promoting a mental disorder.

The problems with the updated DSM are well known and extensive.  It is obvious the DSM as the U.S. universal authority for psychiatric diagnoses has been corrupted by external pressures.


“Various authorities criticized that many DSM-5 revisions or additions lack empirical support; inter-rater reliability is low for many disorders; several sections contain poorly written, confusing, or contradictory information; and the psychiatric drug industry unduly influenced the manual's content.  Many of the members of work groups for the DSM-5 had conflicting interests, including ties to pharmaceutical companies.  Various scientists have argued that the DSM-5 forces clinicians to make distinctions that are not supported by solid evidence, distinctions that have major treatment implications, including drug prescriptions and the availability of health insurance coverage.  General criticism of the DSM-5 ultimately resulted in a petition, signed by many mental health organizations, which called for outside review of DSM-5.”

The DSM, as the United States’ universal authority for psychiatric diagnoses, has been fully compromised and subject to the whims of an out of control Left-majority APA.  Benjamin Franklin is credited with saying, “When the people find that they can vote themselves money that will herald the end of the republic.”  The personality disordered wing of the Left is voting the most odious personality disorders off the pages of the latest version of the DSM, not because the science is there.  There is nothing like being able to vote themselves a document to declare them to be of sound mind and body.

The American military used to go through great lengths to recruit, train, and employ men and women “of sound mind and body.”  However, “there is no standardized mental assessment for people trying to enter the military.  A bill before Congress may finally direct the U.S. military to screen individuals for mental issues before they are allowed to enlist.  If the DSM remains DOD’s universal authority for psychiatric diagnoses, the sexual identity disorders, such as transgenderism, will not be considered as mental disorders.  What will they test?  The DSM is the standard reference.

The Trump Administration needs to decertify the compromised DSM as the universal authority for psychiatric diagnoses in the United States and reject its authority as the source reference for the Obama policy of transgenders in the military.  To do anything less is collaborating and promoting mental disorders.