Show Me the Memos! 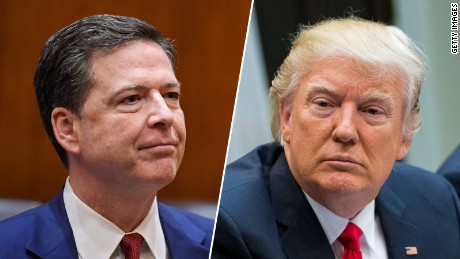 ... in which the New York Times reporters say that they were told about a memo that says:

“I hope you can see your way clear to letting this go, to letting Flynn go,” Mr. Trump told Mr. Comey, according to the memo. “He is a good guy. I hope you can let this go.”
Mr. Trump told Mr. Comey that Mr. Flynn had done nothing wrong, according to the memo.
Mr. Comey did not say anything to Mr. Trump about curtailing the investigation, only replying: “I agree he is a good guy.”

Then we're told that:

The New York Times has not viewed a copy of the memo, which is unclassified, but one of Mr. Comey’s associates read parts of the memo to a Times reporter.

So, yeah, we've got another 5 p.m. release of a Big Big Story based on anonymous sources who didn't show the Times reporter the memo, but just read some selected parts of it. Being "one of Mr. Comey's associates," of course, makes the source completely credible.

And I say, show me the memos!

Look, as I seem to end up saying over and over again, these 5 p.m. bombshells don't have a very good record of working out. Usually, they turn out to be stories where, with a modicum of critical thinking, you'd see that the story looks pretty questionable. In yesterday's story, for example, we were supposed to believe that Trump blew significant intelligence to the Russians in the presence of the secretary of state, the national security advisor, and a deputy national security advisor—none of whom tried to interrupt or stop him—based on an account of the meeting from an anonymous source who wasn't actually there.

All three people who were actually there immediately denied it. McMaster was on TV today, in the press room, taking questions. He denied it strongly, saying that what Trump had said was "wholly appropriate" and consistent with what they were trying to do.

Of course, the defense today is that McMaster is part of the Russian conspiracy.

So, let's look at this story again. What did Comey's memo allegedly say? That Trump said, the day after he fired Flynn, “I hope you can see your way clear to letting this go, to letting Flynn go. He is a good guy. I hope you can let this go.”

This is being used by several of the usual suspects as a pretense for articles of impeachment on the theory that it's "obstruction of justice."

Except, you know what? It's not. And yes, I Am Not A Lawyer, but I have several friends who are, and they agree with me. (Want to know more details? Read this.)

The DoJ is not unfamiliar with the concept either: remember, the Lynch DoJ used prosecutorial discretion to decide not to charge Lois Lerner.

Now, as I type, Bret Baier is reporting that Comey met with two senators directly after the firing and that Comey didn't say anything to them.

So, we have this apparent memo on file, describing something that turns out not to be an offense, being leaked in a 5 p.m. story, after a day in which the last 5 p.m. story pretty much collapsed.

So yes, I'm suspicious. So I say, show me the memos!

Yes, I think Jason Chaffetz should subpoena them if needed. Yes, I'd like Comey to testify about this under oath. And if he says, "I can't talk about that, it's classified," then go into closed session and compel him to testify.

Trump already gave Comey a brushback, mentioning White House tapes. Since we know that Obama taped things in the White House, it seems likely they exist. So bring them out. Play the tapes. Make Comey testify. And most of all...

SHOW US THE MEMOS.

Because I'm done with anonymous sources.
Posted by jtf at 8:28 AM