Take Off the Gloves


We’re all on ISIS’s kill list—what are we willing to do about it? 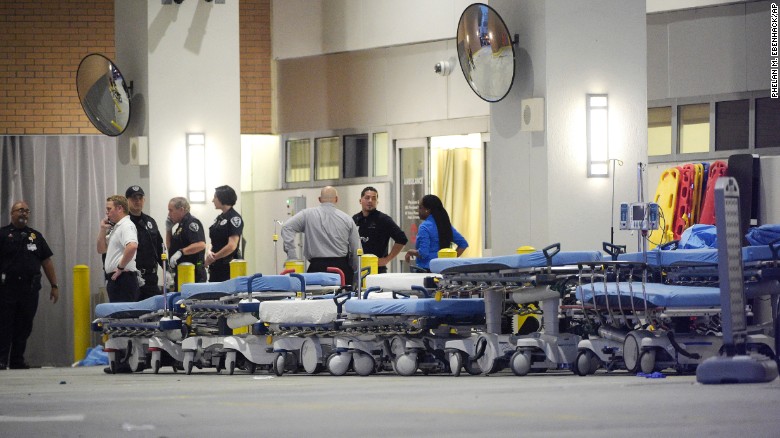 Fifteen years after 9/11, Islamic terror is losing its power to shock. Fourteen dead in San Bernardino at a community center. Fifty dead in Orlando at a nightclub. A 19-year-old shot dead at a traffic light in West Orange, New Jersey. Marines and sailors killed at a recruiting station in Chattanooga, Tennessee. The Boston Marathon. What’s next? A better question: what isn’tnext?
The numbness is taking hold. What once seemed as impossible and distant as a walk on the moon is taking on the air of inevitability: You and I—any of us, all of us—will wake up one day to find that it is our son, our daughter, our parents, or our neighbors who were blown away at a nightclub in the small hours, at a shopping mall at noon, on a bus in the center of town, in a stadium parking lot, or in their beds as they slept.
They are coming. ISIS publishes “kill lists” of Americans. We are all on it, every one of us.
No one yet knows whether the Orlando monster, Omar Mateen, was connected in a formal way to ISIS, al-Qaida, or any of the agents of global jihad. He may have been acting on his own. One thing’s for sure—he didn’t pull the idea of blowing away homosexuals out of his hat. Yet Mateen’s father told NBC that his son’s murder of 50 Americans at a gay nightclub had “nothing to do with religion.” It strains credulity. Most world religions have at one time or another expressed intolerance of homosexuality. Only one that I am aware of is currently putting people to death for the “crime” of being gay—and not just in ISIS-controlled areas.
You don’t have to be Bernard Lewis to know that Omar Mateen was motivated by his Islamic faith to kill gay Americans. It would be nice if we could speak openly about this. It would be even better if our major media outlets wouldn’t twist themselves into politically correct pretzels trying to avoid “speculation” about a motive. Sometimes a jihad is just a jihad.
According to reports, Mateen was a “known quantity” to the FBI. Did they do everything they could to stop him? One hopes. Further, one hopes that they weren’t hindered in their efforts by the anti-Islamophobia brigade that see bias and bigotry in seemingly every attempt to protect Americans from terror. The ACLU claims that surveillance programs like the NYPD’s now-disbanded Demographics Unit are “based on a false and unconstitutional premise: that Muslim religious belief and practices are a basis for law enforcement scrutiny.” The average citizen can be forgiven for thinking that the ACLU would be willing to sacrifice a couple dozen gay night clubbers if it meant neutering law enforcement’s ability to get inside the mosques and coffee bars where American Muslims congregate.
I have a different idea. I think it’s well past time that we took off the gloves. Let the FBI surveil the mosques. Let the NYPD surveil the mosques. Let these agencies do what needs to be done without fear of offending the ACLU, the Council on American-Islamic Relations, or the self-loathing secular liberals whose first thought when they hear about attacks like this is, “Oh, no. This will help Trump.”
Matthew Hennessey is a City Journal associate editor. Twitter:@matthennessey.
Posted by jtf at 6:40 AM