The science of saturated fat: A big fat surprise about nutrition? 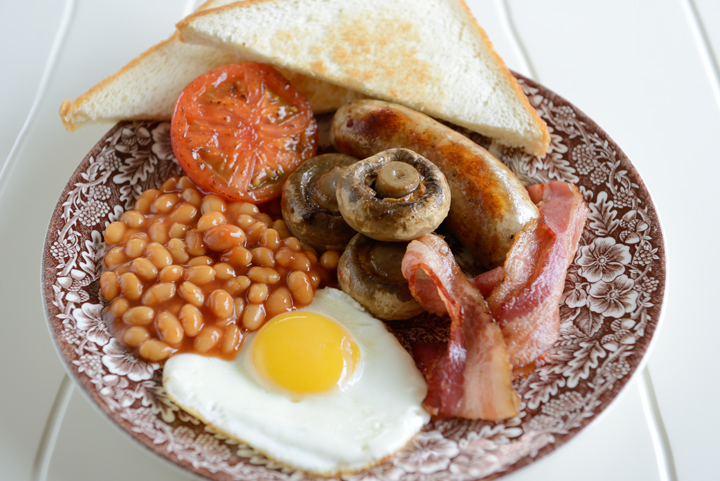 When Ronald M Krauss decided, in 2000, to review all the evidence purporting to show that saturated fats cause heart disease, he knew that he was putting his professional career at risk. Krauss is one of the top nutrition experts in the United States, director of atherosclerosis research at Children’s Hospital Oakland Research Institute and adjunct professor of nutritional studies at the University of San Francisco at Berkley. But challenging one of his field’s most sacrosanct beliefs – that the fats in meat, cheese and butter are bad for health – was a near-heretical act.


A few years earlier, when a colleague of Krauss’s had merely tried to speak about his positive findings regarding the high-fat Atkins diet, he was met with jeers and derision. One member of the audience yelled “I am absolutely disgusted that the [government] would waste my money on a study on the Atkins diet” – to the applause of many.

Challenging any of the conventional  wisdom on dietary fat has long been a form of professional suicide for nutrition experts. And saturated fats, especially, are the third rail. But Krauss persevered and concluded in 2010, after reviewing all the scientific literature, that saturated fats could not be said to cause heart disease. In March, another group of  scientists, including faculty from Cambridge and Harvard, came to the same conclusion after conducting a similar “meta-analysis”. These were stunning results. It seemed that saturated fat, our principal dietary culprit for decades, had been unfairly convicted.

Yet the truth is there never has been solid evidence that these fats cause disease. We only believe this to be true because nutrition policy was derailed over the past half-century by personal ambition, bad science, politics, and bias.

Our fear of saturated fats began in the 1950s when Ancel Keys, a pathologist at the University of Minnesota, first proposed that they raised cholesterol and therefore caused heart disease. Keys was an aggressive, outsized personality with a talent for persuasion. He found a receptive audience for his “diet-heart hypothesis” among public-health experts who faced a growing emergency: heart disease, a relative rarity three decades earlier, had skyrocketed to be a leading cause of death. Keys managed to implant his idea into the American Heart Association and, in 1961, the group published the first-ever guidelines calling for Americans to cut back on saturated fats, as the best way to fight heart disease. The US government adopted this view in 1977 and the rest of the world followed. But the evidence backing these guidelines was weak.

Mainly, it amounted to Keys’s own “Seven Countries Study”, which purported to show a link between the consumption of saturated fats and heart disease among 13,000 men surveyed in the US, Japan and Europe. Critics have pointed out that this study violated several basic scientific norms. For one, Keys did not choose his countries randomly but instead selected only those likely to prove his beliefs – including Yugoslavia, Finland and Italy – while excluding countries with low rates of heart disease despite diets with a lot of fat – such as France, Switzerland, Sweden and West Germany.

Moreover, due to difficulties in collecting accurate nutrition data, Keys ended up sampling the diets of fewer than 500 men, far from a statistically significant sample. And the study’s star subjects – men on the Greek island of Crete who tilled their fields well into old age and appeared to eat very little meat or cheese – turned out to have been partly sampled during Lent, when the study subjects were foregoing meat and cheese. This must have led Keys to undercount their saturated-fat consumption. These flaws weren’t revealed until much later.
By then, the misimpression left by the erroneous data had become international dogma.

There were subsequent trials, of course. In the 1970s, half a dozen important experiments pitted a diet high in vegetable oil – usually corn or soybean, but not olive oil – against one with more animal fats. But these trials had serious methodological problems: some didn’t control for smoking, for instance, or allowed men to wander in and out of the research group over the course of the experiment. The results were unreliable at best.

Citing this lack of solid science, British sceptics were feisty holdouts against Keys’s hypothesis for decades. Editors of the prestigious scientific journal The Lancet mocked the New World’s obsession: why would Americans put up with the sacrifices of a low-fat diet? They were appalled that “some believers long past their prime were to be seen in public parks in shorts and singlets, exercising in their free time, later returning home to a meal of indescribable caloric severity [when] there is no proof that such activity offsets coronary disease”.

British scientists also had long found the diet-heart hypothesis perplexing. “There was a very big emotional component into the interpretation in those days,” Michael Oliver, the influential British cardiologist, told me. “It was quite extraordinary to me. I could never understand this huge emotion towards lowering cholesterol.”

Oliver and others pointed out that a great deal of evidence from around the world contradicted Keys’s ideas. For instance, the Masai warriors in Kenya were observed in the 1970s eating nothing but meat, milk and blood – not a vegetable in sight – yet they were not overweight, their cholesterol levels remained low even as they aged and scientists could find no evidence of heart disease, despite conducting electrocardiographs on 400 of them. In India researchers studied a million railway workers and found that those in the north ate 8 to 19 per cent more fat (mainly from dairy products) than their co-workers in the south, yet the northerners lived, on average, 12 years longer. This disparity led the study authors to conclude, in a 1967 paper, that to prevent heart disease people ought to “eat more fermented milk products, such as yoghurt, yoghurt sherbet and butter”.

Half a world away, scientists observed Inuit populations in the Arctic eating mainly  caribou, salmon, and seal – altogether some 70 to 80 per cent fat. “They should have been in a wretched state,” wrote Vilhjalmur Stefansson, the Harvard-trained Canadian anthropologist who lived with the Inuit for years. “But, to the contrary, they seemed to me the healthiest people I had ever lived with.”

Keys aggressively criticised these observations, which were like missiles aimed at the very heart of his theory. After all, as the British biologist Thomas Huxley remarked, a great hypothesis can be slain by an ugly fact, and these were no doubt some ugly facts. Of the Inuit, for instance, Keys wrote,  “their bizarre manner of life excites the imagination”, especially that “popular picture of the Eskimo... happily gorging on blubber”, but on “no grounds” was it possible to suggest that the case of the Inuit “contributes anything” to the scientific record. And in response to a prominent Texas A&M University professor who wrote a critique of Keys, he said that the paper “reminds one of the distorting mirrors in the hall of jokes at the county fair”.

Rolling over the opposition by sheer force of will was typical of Keys and his acolytes in defending their saturated-fat hypothesis. Keys was “tough and ruthless and would argue any point”, Oliver, a prominent opponent, said. Since Keys’s allies controlled so many top government health posts, critics were denied research grants and key posts on expert panels. As retribution for defending the healthiness of eggs, despite their cholesterol content, Oliver was publicly branded by two of Keys’s main allies as a “notorious type” and a “scoundrel” because “he opposed us on everything”.

In the end, Keys and his colleagues prevailed. Despite contrary observations from India to the Arctic, too much institutional energy and research money had already been spent trying to prove Keys’s hypothesis. The bias in its favour had grown so strong that the idea just started to seem like common sense.

Early on, however, The Lancet sounded a note of alarm that would soon be picked up by others. “The cure should not be worse than the disease,” wrote the editors in 1974, echoing the medical dictum, “first, do no harm”. Perhaps reducing fat in the diet might lead to an increase in carbohydrates, they suggested. In fact, this is precisely what happened. Grains, pasta, rice and potatoes replaced meat, cheese, and eggs on dinner plates. Breakfasts of eggs and fried kippers ceded to bowls of cereal and orange juice. The British now eat 46 per cent less saturated fat than they did in 1975. Meanwhile, UK authorities recommended that two-thirds of calories should come from carbohydrates.

The problem, as researchers have suggested since the 1950s, is that carbohydrates are uniquely fattening. Whenever they’re eaten, the body is stimulated to release insulin, which turns out to be fantastically efficient at storing away fat. Meanwhile, fructose, the main sugar in fruit, causes the liver to generate triglycerides and other lipids in the blood that are altogether bad news. Excessive carbohydrates lead not only to obesity but also, over time, to Type 2 diabetes and, very likely, heart disease.

The best possible science from the past decade now indicates that too many carbs overall – even of the supposedly healthy, whole-grain kind – increase the risk of these diseases compared with a diet low in carbohydrates. In other words, too much whole-grain cereal for breakfast and whole-grain pasta for dinner, with fruit snacks in between, add up to a less healthy diet than one of eggs and sausage, followed by fish.

And scientists are now exploring the idea that sugar might have a particularly toxic effect. Here again, a British scientist led the fight against Keys. In the early 1950s, John Yudkin, a professor of physiology at Queen Elizabeth College, first posited that sugar might cause obesity and other diseases. Keys, ever alert to any challenges to his own hypothesis, jumped on Yudkin and repeatedly attacked him in scientific journals. Yudkin’s idea is a “mountain of nonsense”, he wrote at the end of a nine-page critique in Atherosclerosis. “Yudkin and his commercial backers are not deterred by the facts; they continue to sing the same discredited tune,” he wrote later.

Remarkably, it turned out that a reanalysis of the Seven Countries Study data many years later found that sugar intake correlated better with heart-disease risk than any other nutrient. Keys, however, “was very opposed to the sugar idea”, recalls Daan Kromhout, a Dutch collaborator on the study. “He was so convinced that fatty acids were the thing in relation to atherosclerosis, he saw everything from that perspective.”

Our dietary guidance has followed Keys’s view for 50 years now. Despite half-a-billion pounds spent trying to prove his hypothesis, the evidence of its health benefits has never been produced. Meanwhile, rates of obesity and diabetes are rising and heart disease remains a leading cause of death. It’s worth wondering if our working hypothesis about diet and health is not working. And if alternative ideas are to be considered, nutrition science must, like any science, provide an open, civil and unbiased climate for genuine debate. For reasons of substance and style, it’s time to enter a post‑Keysian era.