A Nation of Kids on Speed

Six million children in the U.S. have already been diagnosed with ADHD. Plenty more will follow.

By PIETER COHEN AND NICOLAS RASMUSSEN

Walk into any American high school and nearly one in five boys in the hallways will have a diagnosis of attention-deficit hyperactivity disorder. According to the Centers of Disease Control and Prevention, 11% of all American children ages 4 to 17—over six million—have ADHD, a 16% increase since 2007. When you consider that in Britain roughly 3% of children have been similarly diagnosed, the figure is even more startling. Now comes worse news: In the U.S., being told that you have ADHD—and thus receiving some variety of amphetamine to treat it—has become more likely.
Last month, the American Psychiatric Association released the fifth edition of its Diagnostic and Statistical Manual of Mental Disorders—the bible of mental health—and this latest version, known as DSM-5, outlines a new diagnostic paradigm for attention-deficit hyperactivity disorder. Symptoms of ADHD remain the same in the new edition: "overlooks details," "has difficulty remaining focused during lengthy reading," "often fidgets with or taps hands" and so on. The difference is that in the previous version of the manual, the first symptoms of ADHD needed to be evident by age 7 for a diagnosis to be made. In DSM-5, if the symptoms turn up anytime before age 12, the ADHD diagnosis can be made.
It's also easier to diagnose adult ADHD. Before, adults needed to exhibit six symptoms. Now, five will do. These changes will undoubtedly fuel increased prescriptions of the drugs that doctors use to treat ADHD: stimulants such as Ritalin and Adderall.
Enlarge Image 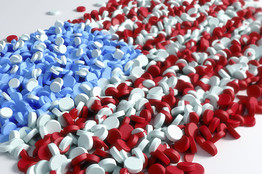 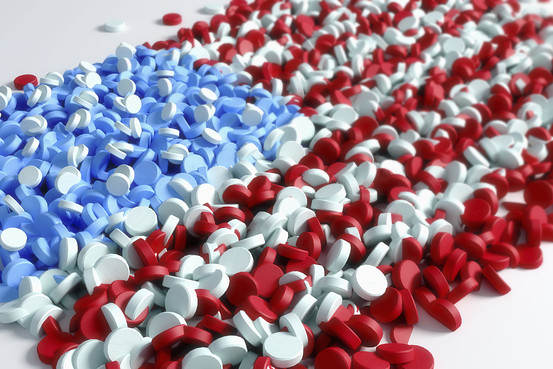 Corbis
Even before DSM-5, doctors were already on track to prescribe enough stimulants this year for each American man, woman and child to receive the equivalent of 130 mg of amphetamine (about 40 five-mg pills of Adderall) and an even greater amount of the very similar drug Ritalin. In this era of excessive prescribing, we seem to have forgotten the cautionary history of amphetamines in America—a history that shows how overprescribing stimulants leads to widespread dependence and addiction.
Since their introduction by the pharmaceutical company Smith, Kline & French in 1937, amphetamines have been prescribed for maladies that had more to do with societal expectations than genuine mental illness. American soldiers received stimulants during World War II to boost morale and improve performance in combat.
Meantime, back at home, amphetamine was heralded as the first antidepressant, and shortly thereafter, as an ideal weight-loss pill. One 1955 advertisement for AmPlus amphetamine tablets assured users that they would be "beachable by summer." Decades would pass until research demonstrated the lack of long-term benefit for most cases of depression and weight loss, but the lack of proof didn't hold doctors back from liberally prescribing stimulants to millions of housewives in postwar suburbs.
By 1969, doctors were prescribing the equivalent of 120 mg of amphetamine for each American—a high-water mark of per-capita consumption we are only now about to surpass. By then, the addictive potential of prescription stimulants had attracted intense scientific and public scrutiny as evidence grew that many patients were becoming dependent on the drugs. Thirty percent of patients in one study conducted in New York state admitted to using their medications recreationally. Millions of people without prescriptions easily obtained diverted pills.
In 1968, the National Academy of Sciences organized an authoritative investigation into the stimulants' true benefits and risks. The consensus: These drugs had limited efficacy and real harms. Medical experts discouraged the use of stimulants for both depression and obesity, but the warnings had little effect on doctors' prescribing habits until the Controlled Substances Act of 1971 mandated that stimulants be placed in a tightly controlled category of medications, referred to as Schedule II.
Doctors were free to prescribe the drugs but had to report each prescription. Almost overnight, prescriptions for stimulants to treat depression and obesity plummeted: Medical use dropped 90% between 1969 and 1972.
Just when it seemed that amphetamine's days were numbered, doctors began to embrace the drug for treating Hyperkinetic Reaction of Childhood—what we now call ADHD. (It became the official name in 1987.) Concern about dependence and addiction, along with the watchful eye of the U.S. Drug Enforcement Administration, kept prescriptions for ADHD at low levels during the 1970s.
But by the 1990s, experts and advocacy groups for ADHD, some funded by pharmaceutical companies, began to argue that stimulants did not lead to addiction when treating children for the disorder, and that the stimulants actually decreased the risk of future drug abuse. Their main argument was that ADHD itself is a significant risk factor for future substance abuse, and that stimulants, by treating the underlying illness, also reduced the likelihood of future drug use. Concerned parents were told that starting their children on stimulants when young would decrease the risks of future trouble with alcohol and drugs.
The problem with this reassuring message is that it was based on flimsy evidence. Experts had relied on studies of children treated with stimulants by their personal physicians, compared with children who had ADHD but did not receive stimulants. These community studies were fraught with confounding variables and were only suggestive.
Three months ago, the only randomized trial to study future substance abuse by ADHD kids refuted the notion that stimulants, when taken in childhood, have a protective effect. Investigators found strong evidence that ADHD itself in fact predisposes children to later substance abuse—but no evidence that stimulant medication reduces this rate any better than treating ADHD with behavioral approaches. Further evidence that stimulants do not protect children from addiction was provided in a comprehensive review published last month in JAMA Psychiatry.
We still do not have a single randomized trial to help determine if starting stimulants as an adolescent or adult further increases the risk of future substance abuse, although the long and checkered history of medical stimulants would suggest it does. Certainly, the risks from recreationally using stimulants are already well-documented.
In 2010, Adderall was second only in popularity to the painkiller Vicodin as a prescription drug of abuse among high-school seniors, according to the National Institute on Drug Abuse. Adolescents often perceive prescription drugs as safer than illicit ones, but abusing prescription amphetamines can lead to seizures, psychosis and life-threatening heart disease.
Stimulants can certainly benefit some young children with truly disabling ADHD. However, history has already taught us that overprescribing stimulants to millions of Americans leads to dependence, addiction and overdose. By medicating children for wiggling in their chairs, losing their homework and shouting out answers, we are not teaching them vital coping skills to manage their behavior. Instead, we are teaching them to take a pill. One day, we'll look back and wonder: Why did we do this? Again.
Dr. Cohen is an a assistant professor of medicine at Harvard Medical School. Dr. Rasmussen is a professor of the history of science at the University of New South Wales in Sydney, Australia, and the author of "On Speed: The Many Lives of Amphetamine" (New York University, 2009).