A Battering Ram Becomes a Stonewall


The IRS's leaders refuse to account for the agency's corruption and abuse.


By Peggy Noonan
The Wall Street Journal
http://online.wsj.com
May 24, 2013
"I don't know." "I don't remember." "I'm not familiar with that detail." "It's not my precise area." "I'm not familiar with that letter."
These are quotes from the Internal Revenue Service officials who testified this week before the House and Senate. That is the authentic sound of stonewalling, and from the kind of people who run Washington in the modern age—smooth, highly credentialed and unaccountable. They're surrounded by legal and employment protections, they know how to parse a careful response, they know how to blur the essential point of a question in a blizzard of unconnected factoids. They came across as people arrogant enough to target Americans for abuse and harassment and think they'd get away with it.
So what did we learn the past week, and what are the essentials to keep in mind?
We learned the people who ran and run the IRS are not going to help Congress find out what happened in the IRS. We know we haven't gotten near the bottom of the political corruption of that agency. We do not know who ordered the targeting of conservative groups and individuals, or why, or exactly when it began. We don't know who executed the orders or directives. We do not know the full scope or extent of the scandal. We don't know, for instance, how many applicants for tax-exempt status were abused.
Enlarge Image 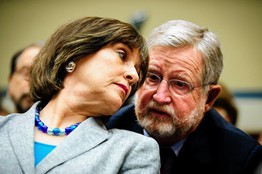 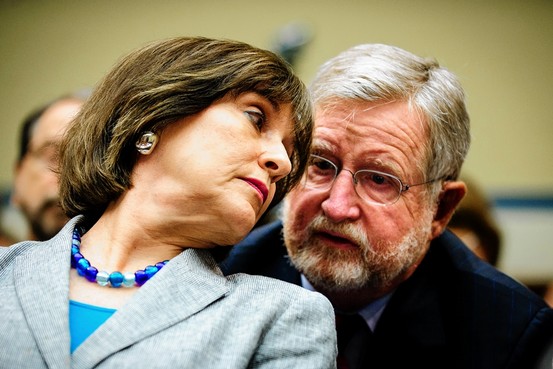 Bloomberg
Lois Lerner and her lawyer
We know the IRS commissioner wasn't telling the truth in March 2012, when he testified: "There's absolutely no targeting." We have learned that Lois Lerner lied when she claimed she had spontaneously admitted the targeting in a Q-and-A at a Washington meeting. It was part of a spin operation in which she'd planted the question with a friend. We know the tax-exempt bureau Ms. Lerner ran did not simply make mistakes because it was overwhelmed with requests—the targeting began before a surge in applications. And Ms. Lerner did not learn about the targeting in 2012—the IRS audit timeline shows she was briefed in June 2011. She said the targeting was the work of rogue agents in the Cincinnati office. But the Washington Post spoke to an IRS worker there, who said: "Everything comes from the top."
We know that Lois Lerner this week announced she'd done nothing wrong, and then took the Fifth.
And we know Jay Leno, grown interestingly fearless, said of the new IRS commissioner, "They're called 'acting commissioner' because you have to act like the scandal doesn't involve the White House."
But the most important IRS story came not from the hearings but from Mike Huckabee's program on Fox News Channel. He interviewed and told the story of Catherine Engelbrecht—a nice woman, a citizen, an American. She and her husband live in Richmond, Texas. They have a small manufacturing business. In the past few years she became interested in public policy and founded two groups, King Street Patriots and True the Vote.
In July 2010 she sent applications to the IRS for tax-exempt status. What followed was not the harassment, intrusiveness and delay we're now used to hearing of. The U.S. government came down on her with full force.

Daily declarations from the Wall Street Journal columnist.
In December 2010 the FBI came to ask about a person who'd attended a King Street Patriots function. In January 2011 the FBI had more questions. The same month the IRS audited her business tax returns. In May 2011 the FBI called again for a general inquiry about King Street Patriots. In June 2011 Engelbrecht's personal tax returns were audited and the FBI called again. In October 2011 a round of questions on True the Vote. In November 2011 another call from the FBI. The next month, more questions from the FBI. In February 2012 a third round of IRS questions on True the Vote. In February 2012 a first round of questions on King Street Patriots. The same month the Bureau of Alcohol, Tobacco and Firearms did an unscheduled audit of her business. (It had a license to make firearms but didn't make them.) In July 2012 the Occupational Safety and Health Administration did an unscheduled audit. In November 2012 more IRS questions on True the Vote. In March 2013, more questions. In April 2013 a second ATF audit.
All this because she requested tax-exempt status for a local conservative group and for one that registers voters and tries to get dead people off the rolls. Her attorney, Cleta Mitchell, who provided the timeline above, told me: "These people, they are just regular Americans. They try to get dead people off the voter rolls, you would think that they are serial killers."
This week Ms. Engelbrecht, who still hasn't received her exemptions, sued the IRS.
With all the talk and the hearings and the news reports, it is important to keep the essentials of this story in mind. 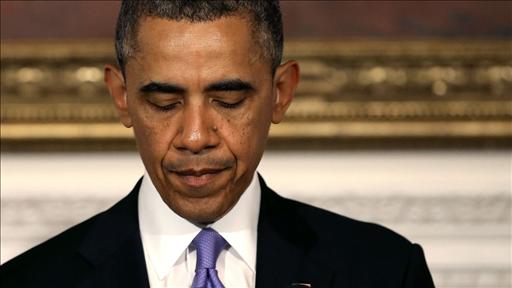 Best of the Web Today columnist James Taranto on the deeper meaning of the Obama scandals. Photo: Getty Images
First, only conservative groups were targeted in this scandal by the IRS. Liberal or progressive groups were not targeted. The IRS leaked conservative groups' confidential applications and donor lists to liberal groups, never the other way around.
This was a political operation. If it had not been, then the statistics tell us left-wing groups would have been harassed and abused, and seen their applications leaked to the press. There would be a left-wing equivalent to Catherine Engelbrecht.
And all of this apparently took place in the years leading up to the 2012 election. Meaning that before that election, groups that were anti-Obamacare, or pro-life, or pro-Second Amendment or constitutionalist, or had words like "tea party" or "patriot" in their name—groups that is that would support Republicans, not Democrats—were suppressed, thwarted, kept from raising money and therefore kept from fully operating.
That is some kind of coincidence. That is some kind of strangely political, strangely partisan, and strangely ideological "poor customer service."
IRS officials have complained that the law is murky, it's difficult to define what the tax exemption law really means. But they don't have any problem defining it. They defined it with a vengeance.
Second, it is important to remember that there has never been an investigation of what happened in the IRS. There was an internal IRS audit, not an investigation, carried out by an inspector general, who was careful this week to note to the House what he'd done was not an investigation. He was tasked to come to conclusions on whether there had been wrongdoing at the agency. It was not his job to find out exactly why it happened, how and when the scandal began, who was involved, and how they operated.
A dead serious investigation is needed. The IRS has colorfully demonstrated that it cannot investigate itself. The Obama administration wants the FBI—which answers to Eric Holder's Justice Department—to investigate, but that would not be credible. The investigators of the IRS must be independent of the administration, or their conclusions will not be trustworthy.
An independent counsel, with all the powers of that office, is what we need.
Again, if what happened at the IRS is not stopped now—if the internal corruption within it is not broken—it will never stop, and never be broken. The American people will never again be able to have the slightest confidence in the revenue-gathering arm of their government. And that, actually, would be tragic.
A version of this article appeared May 25, 2013, on page A13 in the U.S. edition of The Wall Street Journal, with the headline: A Battering Ram Becomes a Stonewall.
Posted by jtf at 7:34 AM