Margaret Thatcher had more impact on the world than any woman ruler since Catherine the Great of Russia. Not only did she turn around—decisively—the British economy in the 1980s, she also saw her methods copied in more than 50 countries. "Thatcherism" was the most popular and successful way of running a country in the last quarter of the 20th century and into the 21st.
Enlarge Image 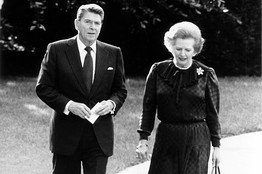 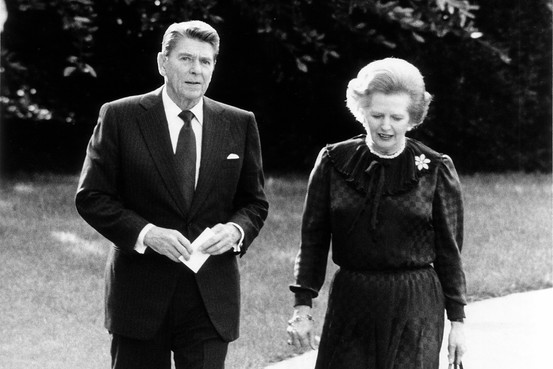 Corbis
Ronald Reagan and Margaret Thatcher at the White House in June 1982.
Her origins were humble. Born Oct. 13, 1925, she was the daughter of a grocer in the Lincolnshire town of Grantham. Alfred Roberts was no ordinary shopkeeper. He was prominent in local government and a man of decided economic and political views. Thatcher later claimed her views had been shaped by gurus like Karl Popper and Friedrich Hayek, but these were clearly the icing on a cake baked in her childhood by Councillor Roberts. This was a blend of Adam Smith and the Ten Commandments, the three most important elements being hard work, telling the truth, and paying bills on time.
Hard work took Miss Roberts, via a series of scholarships, to Grantham Girls' School, Somerville College, Oxford, and two degrees, in chemistry and law. She practiced in both professions, first as a research chemist, then as a barrister from 1954. By temperament she was always a scholarship girl, always avid to learn, and even when prime minister still carried in her capacious handbag a notebook in which she wrote down anything you told her that she thought memorable. 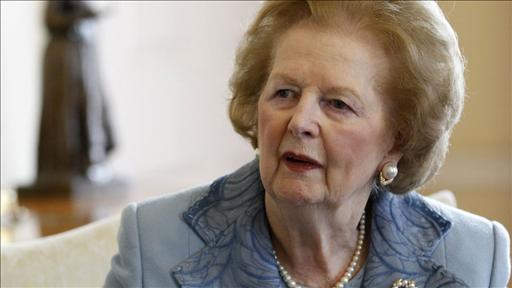