The suborning of American intelligence

People in America are often shocked to discover the extent to which the authorities in Britain have been taken in by the Islamists of the Muslim Brotherhood, to such an extent the UK government and police use them as advisers on combating Islamic extremism. Americans would be even more shocked to discover that exactly the same thing is going on in their own backyard. 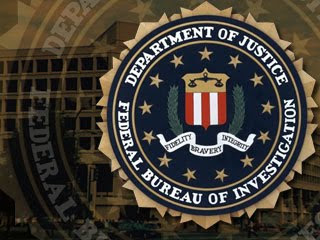 Pajamas TV features two interviews with former US security people, one described merely as having been given some kind of intel-gathering assignment by the ‘joint chiefs’ and the other described as a ‘former FBI special agent’. The first describes how, when he discovered to his alarm that there was not only no evidence that Islamic radicals were wrong in Islamic law but that there were no counter-arguments to them in that law, the US intel/law enforcement community that had instructed him just didn’t want to know.

The second, the ex-FBI man, is even more alarming. He states that the American counter-terrorist establishment has allowed itself to be infiltrated by radical Islamists -- to whom counter-terrorism officials are going for advice and training in countering Islamic radicalism. Every major Muslim representative organisation in the US, he says, is a Muslim Brotherhood front. Hamas fronts such as CAIR are used by the US authorities for outreach to the Muslim community in America. They are invited to sit in on brainstorming sessions about investigative techniques, and are actually training the FBI. ‘The Muslim Brotherhood are telling us how to fight them’, he says.

The PJTV interviewer seemed stunned by this unbelievable situation. But it’s exactly what’s happening in the UK, too, where the Brotherhood are used – incredible as this sounds – as an antidote to radicalisation and as interlocutors in good faith with the Muslim community. In the US, this profound and wilful institutionalised ignorance of the religious war being waged against the free world revealed itself most catastrophically recently when seven CIA officers, amongst them some of the most experienced and valuable, were blown up by a Jordanian triple agent. Not only were they duped, but it seems their professional training went by the board in inviting such a man onto their base and with so many of them clustering around him. As the Washington Post reported:

‘The tradecraft that was developed over many years is passé,’ complained a recently retired senior intelligence official, also with decades of experience. ‘Now it’s a military tempo where you don't have time for validating and vetting sources. . . . All that seems to have gone by the board. It shows there are not a lot of people with a great deal of experience in this field. The agency people are supporting the war-fighter and providing information for targeting, but the espionage part has become almost quaint.’

Endemic ignorance, sloppiness, incompetence -- even now, even after 9/11, even after the restructuring which was supposed to remedy the dysfunctionality and turf wars between intelligence agencies but which – as was predicted at the time – has merely stuck another layer of bureaucracy on top. And if one thinks back to the systematic failure over decades to identify and analyse correctly the rise of Islamism and before that, the imminent collapse of Soviet communism, one has to ask oneself the terrifying question whether US intelligence really is fit for purpose at all.
Posted by jtf at 6:12 PM