Lunacy at the Yard

Shocking as it is, the Times splash this morning comes as little surprise to me. The paper reports:

A man wanted by Interpol for his links to an alleged terrorist organisation has been advising Scotland Yard on countering Muslim extremism, a Times investigation has discovered. Mohamed Ali Harrath has been the subject of the Interpol red notice since 1992 because of his alleged activities in Tunisia, where he co-founded the Tunisian Islamic Front (FIT). 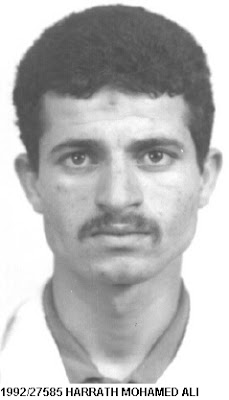 Tunisia has accused Mr Harrath, the chief executive officer of the Islam Channel in Britain and an adviser to the Scotland Yard Muslim Contact Unit, of seeking help from Osama bin Laden. It says that the FIT wants to establish ‘an Islamic state by means of armed revolutionary violence’. Mr Harrath has been convicted in absentia of numerous criminal and terrorism-related offences by Tunisian courts and sentenced to 56 years in prison...

Despite Mr Harrath being wanted by Interpol, Scotland Yard has appointed him as adviser to its Muslim Contact Unit on preventing extremism and terrorism. Mr Harrath told The Times that he was ‘regularly consulted in an advisory capacity by the Muslim Contact Unit of the British police for guidance on best practice in relation to counter-terrorism issues and combating extremism’. The unit’s former head, Robert Lambert, wrote in a letter of support to Mr Harrath that he had made a ‘key contribution to our efforts to defeat adverse influence of al-Qaeda in the UK’.

In the updated version of my book Londonistan, I wrote that the former Met officer Lambert has been going round telling counter-terrorism officers in other countries that terrorism could not be fought by contact with moderate Muslims but through partnerships with the Salafists. As a result, he said he actually employed a Salafist officer within the Metropolitan Police Contact Unit (I was subsequently told that in fact there were now two Salafist officers in that unit).

The implications are mind- blowing. The Muslim Contact Unit is part of the Met’s Counter-Terror Command. Even if – as I was assured – these officers have no access to counter-terrorist operational data, the fact that they are there at all, with whatever access they have to police information, is simply astounding. As I wrote in my book:

Commander Lambert believed that this would enable the police to understand the way extremists thought before they committed any acts of terror. But it surely goes without saying that a Salafist officer, who is committed to the overthrow of the west and its replacement by an Islamic society, poses a security risk of the first order. For a police counter-terrorism specialist to be promoting this situation beggars belief.

It’s all because of this extraordinary belief by the higher echelons of the British security world that Islamist extremism is the antidote to Islamist terrorism – that the Muslim Brotherhood are useful allies against al Qaeda. That utterly false belief derives in turn from the refusal by the establishment to accept that what we are facing is an Islamic jihad, a religious war against the non-Islamic world. They really think that Islamist terror has nothing to do with religion.
The result is as we can see today – Britain’s principal counter-terrorist force appointing a man with links to Islamist terrorism as an adviser on how to deal with Islamist terrorism.