Khalid Sheikh Mohammed, mastermind behind the 9/11 attacks, has suddenly pled guilty along with four co-defendants. In court Monday, Army Colonel Stephen Henley, military judge at Guantanamo, read a letter from the five jihadists saying that “the accused in this case had decided that they wished to withdraw all [defense] motions... and wished to enter pleas in what was termed as confessions in this case.” 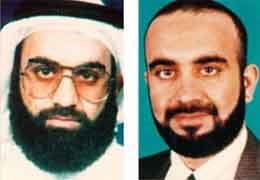 In a blow to those who still think George W. Bush and Dick Cheney planned the 9/11 attacks, Mohammed stated in 2007: “I was responsible for the 9/11 operation, from A to Z. I was the operational director for Sheikh Usama bin Laden for the organizing, planning, follow-up and execution of the 9/11 operation.” Monday’s letter said that Mohammed and his co-defendants had come to their decision to plead guilty “without being under any kind of pressure, threat, intimidations or promise from any party.”

The finality of that statement, however, didn’t mollify the executive director of the American Civil Liberties Union, Anthony Romero. “It is absurd,” he said Monday, “to accept a guilty plea from people who were tortured and waterboarded.” (Mohammed was the most famous recipient of the waterboarding technique.) He called into question the legitimacy of the whole proceeding, saying: “The question for us is whether we want to lend a patina of legitimacy to this legal farce.” If Henley accepts the guilty pleas, however, there might not be much room left for the ACLU to maneuver: Romero told the Washington Post that acceptance of the pleas would make it extremely difficult for the Obama administration to move the case to federal court.

“I understand we are in a big drama,” Mohammed said Monday, but with the guilty pleas it could be drawing to a close. This “big drama” has encompassed so many of the highlights of the political landscape of the new century -- not only 9/11 itself, but also the controversies over Guantanamo, waterboarding, and even the American presence in Iraq: on Monday also Muhammad dismissed his military lawyer, who had served for six months in Iraq. Mohammed explained that he could not accept the services of someone who had been involved in “killing our brothers and sisters in Iraq.”

Meanwhile, one less noted but no less important aspect of the case was the ideological foundation of the 9/11 attacks. The defendants made that abundantly clear in their Monday statement: “Our success,” they declared, “is the greatest praise of the Lord.” 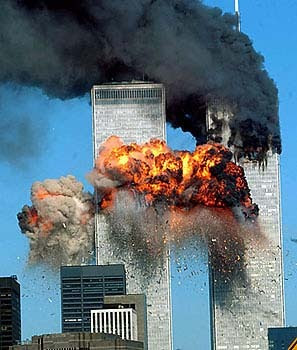 The idea that God would praise the mass murderers of 9/11 was disputed this week by Bollywood actor Shah Rukh Khan, himself a Muslim, who declared in the wake of the Mumbai jihad terror attacks that “there’s nothing Islamic about terrorism. I am a Muslim, I read the Koran, but nowhere in the holy text does it say you can get ‘jannat’ (paradise) from ‘jihad.’”

Perhaps not; but while it doesn’t use the word “jihad” in this precise context, the Koran does guarantee Paradise to those who “kill and are killed” for Allah (9:111). Those whom Khalid Sheikh Mohammed sent to destroy the Twin Towers and the Pentagon on 9/11 hoped to lay claim to that promise, just as Mohammed and his fellow defendants also hope now to gain the status of Islamic martyrs by being executed by the forces of the Great Satan.

The disagreement between Khan’s assertion and Mohammed’s actions is absolute. Yet while the politically correct media (both liberal and conservative) accepts unquestioningly the dogma that Islam is a religion of peace and Khan is correct that “there’s nothing Islamic about terrorism,” those who share the ideology of Khalid Sheikh Mohammed and his fellow 9/11 plotters continue to gain recruits around the Islamic world for their jihad.

The continued insistence of Mohammed and his fellow defendants on the Islamic correctness of their actions ought to be a wake-up call to Western authorities that they need to formulate a way to deal with the Islamic political and theological concepts that provide the foundation for modern-day Islamic terrorism, or there will certainly be more terror attacks. And even as Mohammed moves closer to the martyrdom he craves, no one in Washington seems to be making that a high priority.

- Mr. Spencer is director of Jihad Watch and author of "The Politically Incorrect Guide to Islam (and the Crusades)", "The Truth About Muhammad" and "Stealth Jihad" (all from Regnery -- a HUMAN EVENTS sister company).