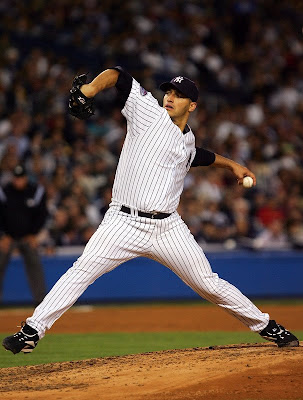 IN the Yankee Stadium of my youth, left-cen ter field was known as Death Valley. Right-handed batters such as Joe DiMaggio who looked out at the fence 457 feet away understood why.

Now, though, that description fits the entire plot of land on 161st St. and River Ave. With five days and five games remaining before the doors are padlocked and the New York Yankees move across the street from the House that George Ruth Built into The Palace Built for George Steinbrenner, Yankee Stadium has become a living graveyard.

Well, maybe not quite a graveyard, not with Derek Jeter breaking Lou Gehrig's record of hits at the old park with first- and fifth-inning singles in last night's 6-2 loss to the White Sox that leave him with two more than the Iron Horse's 1,269 and five games to add on to it.

Maybe not a graveyard, even though 2008 is on a ventilator whose plug is about to be pulled, and hey, while we're at it, only five more games for Alex Rodriguez to pass Roger Maris for most - and most nasty - boos heaped on a Yankee at this address.

Maybe not a graveyard, but a museum.

The people who have been coming forever - well, at least since this corner of The Bronx became safe again, and funny how that occurred just when the Yankees began winning championships in the mid-90s, isn't it? - came to the Stadium one more time last night to pay their final respects to an old friend they know so well.

They came for the ballpark, not for the game. They came early just as they did on Monday night, thousands filling seats in the upper deck for batting practice, thousands equipped with cameras to record history at this place - Jeter on first in the first inning with lights flashing like Pete Rose on first after 4,192 - one more time.

They came and they heard admonitions over the PA system not to deface the Stadium at risk of arrest. Maybe someone should have played that warning to Carl PavanoCarl Pavano a few winters ago before he embarked on defacing everything the Stadium ever meant. 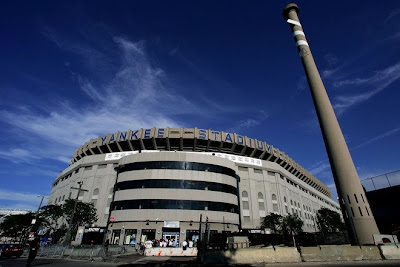 NEW YORK - SEPTEMBER 17: Yankee Stadium prior is shown prior to a game between the New York Yankees and the Chicago White Sox on September 17, 2008 in the Bronx borough of New York City. The Yankees are playing their final games in the fabled stadium this week, and are scheduled to move to the new Yankee Stadium next year. (Photo by Jim McIsaac/Getty Images)

There will be two more against the White Sox and then the final three-game weekend series against the Orioles. The Yankees will play with one eye on the present, the other on the future and two more, as Yogi Berra might say, on the past.

Joe Girardi, whose picture isn't likely to appear in the dictionary to illustrate the meaning of the word "sentimental," betrayed some of what this week is all about in pledging last night to get the hobbled Hideki Matsui an at-bat in Sunday's finale after jiggering the rotation to ensure that Andy Pettitte would get the final start.

Girardi talked about his Stadium moment captured in time, the final out of the 1996 Series against the Braves that settled in Charlie Hayes' glove in foul territory off third base.

"For me, after Sunday, I'll go to where Charlie Hayes caught that ball and then I'll walk to the mound," said Girardi, whose RBI third-inning triple in that clinching Game 6 shook down thunder in The Bronx. "That will be my last memory."

We will all have lasting memories, whether from the original structure with the beautiful façade over the upper deck, the monuments in center field and auxiliary scoreboards on the outfield walls - the ballpark never looked grander than at those Old Timers' Days when the Yankee AL pennants and/or World Championship flags all hung from the façade - or this remodeled Stadium with Monument Park behind the left field fence and the faux frieze above the bleachers.

We all have lasting memories of this Yankee Stadium. This is the week where we'll all also have our last memories of the place. The museum is about to close.

larry.brooks@nypost.com
Posted by jtf at 5:07 PM