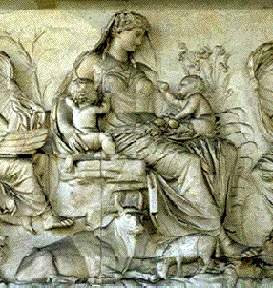 I admit it: I’m no environmentalist. But I like to think I’m something of a conservationist.

No doubt for millions of Americans this is a distinction without a difference, as the two words are usually used interchangeably. But they’re different things, and the country would be better off if we sharpened the distinctions between both word and concept.

At its core, environmentalism is a kind of nature worship. It’s a holistic ideology, shot through with religious sentiment. “If you look carefully,” author Michael Crichton observed, “you see that environmentalism is in fact a perfect 21st century remapping of traditional Judeo-Christian beliefs and myths.”

Environmentalism’s most renewable resources are fear, guilt, and moral bullying. Its worldview casts man as a sinful creature who, through the pursuit of forbidden knowledge, abandoned our Edenic past. John Muir, who laid the philosophical foundations of modern environmentalism, described humans as “selfish, conceited creatures.” Salvation comes from shedding our sins, rejecting our addictions (to oil, consumerism, etc.) and demonstrating an all-encompassing love of Mother Earth. Quoth Al Gore: “The climate crisis is not a political issue; it is a moral and spiritual challenge to all of humanity.”

I heard Gore on NPR recently. He was asked about evangelical pastor Joseph Hagee’s absurd comment that Hurricane Katrina was God’s wrath for New Orleans’s sexual depravity. Naturally, Gore chuckled at such backwardness. But then the Nobel laureate went on to blame Katrina on man’s energy sinfulness. It struck me that the two men are not so different. If only canoodling Big Easy residents had adhered to The Greenpeace Guide to Environmentally Friendly Sex.

Environmentalists insist that their movement is a secular one. But using the word “secular” no more makes you secular than using the word “Christian” automatically means you behave like a Christian. Pioneering green lawyer Joseph Sax describes environmentalists as “secular prophets, preaching a message of secular salvation.” Gore, too, has been dubbed a “prophet.” A green-themed California hotel provides Gore’s “An Inconvenient Truth” next to the Bible and a Buddhist tome.

Whether or not it’s adopted the trappings of religion, my biggest beef with environmentalism is how comfortably irrational it is. It touts ritual over reality, symbolism over substance, while claiming to be so much more rational and scientific than those silly sky-God worshipers and deranged oil addicts.

It often seems that displaying faith in the green cause is more important than advancing the green cause. The U.S. government just put polar bears on the threatened species list because climate change is shrinking the Arctic ice where they live. Never mind that polar bears are in fact thriving — their numbers have quadrupled in the last 50 years. Never mind that full implementation of the Kyoto protocols on greenhouse gases would save exactly one polar bear, according to Danish social scientist Bjørn Lomborg, author of the book Cool It!

Yet 300 to 500 polar bears could be saved every year, Lomborg says, if there were a ban on hunting them. What’s cheaper — trillions to trim carbon emissions, or a push for a ban on polar bear hunting?

Plastic grocery bags are being banned, even though they require less energy to make and recycle than paper ones. The country is being forced to subscribe to a modern version of transubstantiation, whereby corn is miraculously transformed into sinless energy even as it does worse damage than oil.

Conservation, which shares roots and meaning with conservatism, stands athwart this mass hysteria. Yes, conservationism can have a religious element as well, but that stems from the biblical injunction to be a good steward of the Earth, rather than a worshiper of it. But stewardship involves economics, not mysticism.

Economics is the study of choosing between competing goods.

Environmentalists view economics as the enemy because cost-benefit analysis is thoroughly unromantic. Lomborg is a heretic because he treats natural-world challenges like economic ones, seeking to spend money where it will maximize good, not just good feelings among environmentalists.

Many self-described environmentalists are in fact conservationists. But the environmental movement wins battles by blurring this distinction, arguing that all lovers of nature must follow their lead. At the same time, many people open to conservationist arguments, like hunters, are turned off by even reasonable efforts because they do not want to assist “wackos.”

— Jonah Goldberg is the author of Liberal Fascism: The Secret History of the American Left from Mussolini to the Politics of Meaning.
Posted by jtf at 7:02 AM

That image of Gaia is hotlinked to a Photobucket gallery that someone swiped from its original page at http://geocities.com/maya-gaia/gaia_symbol.html I'm trying to have it removed from Photobucket so Google Images doesn't misdirect viewers from my site. Naturally I'd appreciate a proper attribution. Thanks Ed Fisher

Please remove my image of big_gaia.gif from your site as it is displacing my ranking in the Google image search which I'm sure you appreciate as one concerned with ethical issues. Feel free to link to my original page at>
http://geocities.com/maya-gaia/gaia_symbol.html Thanks Ed Fisher